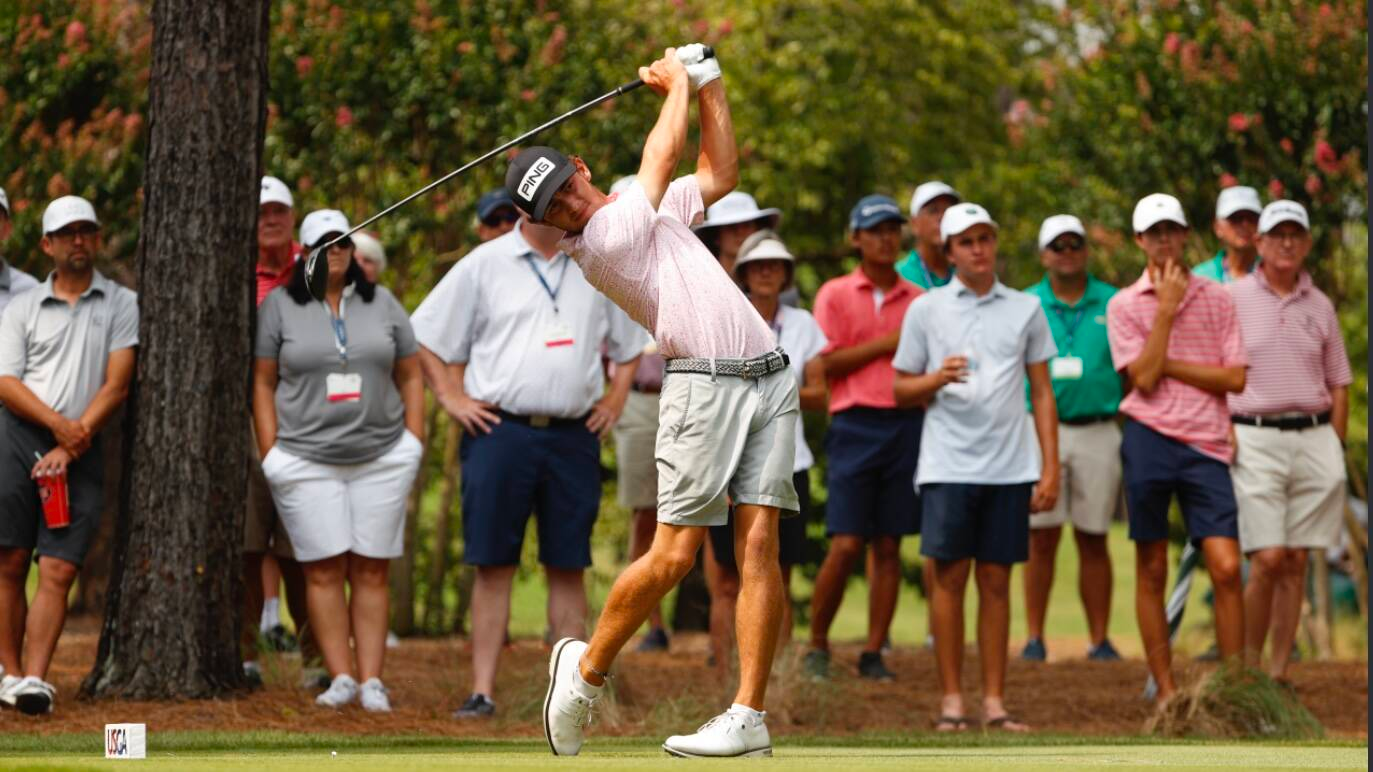 For Trolio, it was another magical week in the Sandhills after he reached the semifinals of the 2019 U.S. Amateur at nearby Pinehurst No. 2 as a 16-year-old.

Dunlap seized control of a tight match with three consecutive wins from the 27th hole to take a 2-up lead. The momentum actually began on the par-3 26th hole, when he converted a 12-foot par putt to tie the hole and avoid going 2 down. He would tie the match on the ensuing par 5 by executing a pitch from rough left of the green and converting the 12-foot birdie putt.

A wayward Dunlap tee shot on the 33rd hole allowed Trolio to get one hole back, but his tee shot on the 248-yard, par-3 34th missed right, leaving him a challenging recovery shot. Dunlap found the left-greenside bunker with his tee shot but had the easier of the two second shots. Trolio’s flop shot left him 12 feet for par, while Dunlap blasted to a foot for a conceded par that ended the championship.

“My ball-striking was extremely good throughout. Heck, I don’t even know how many rounds of golf I’ve played, and I’ve hit it darn straight for every single one of the holes. As far as that, it’s all good. Putting is good, too. A couple didn’t go my way, and that happens sometimes,” said Trolio, summing up his run to the championship match.

Trolio will have another shot at the U. S. Amateur in August Oakmont. “Expectations are still the same. I mean, just play Cohen Trolio golf and see what I can make happen.”