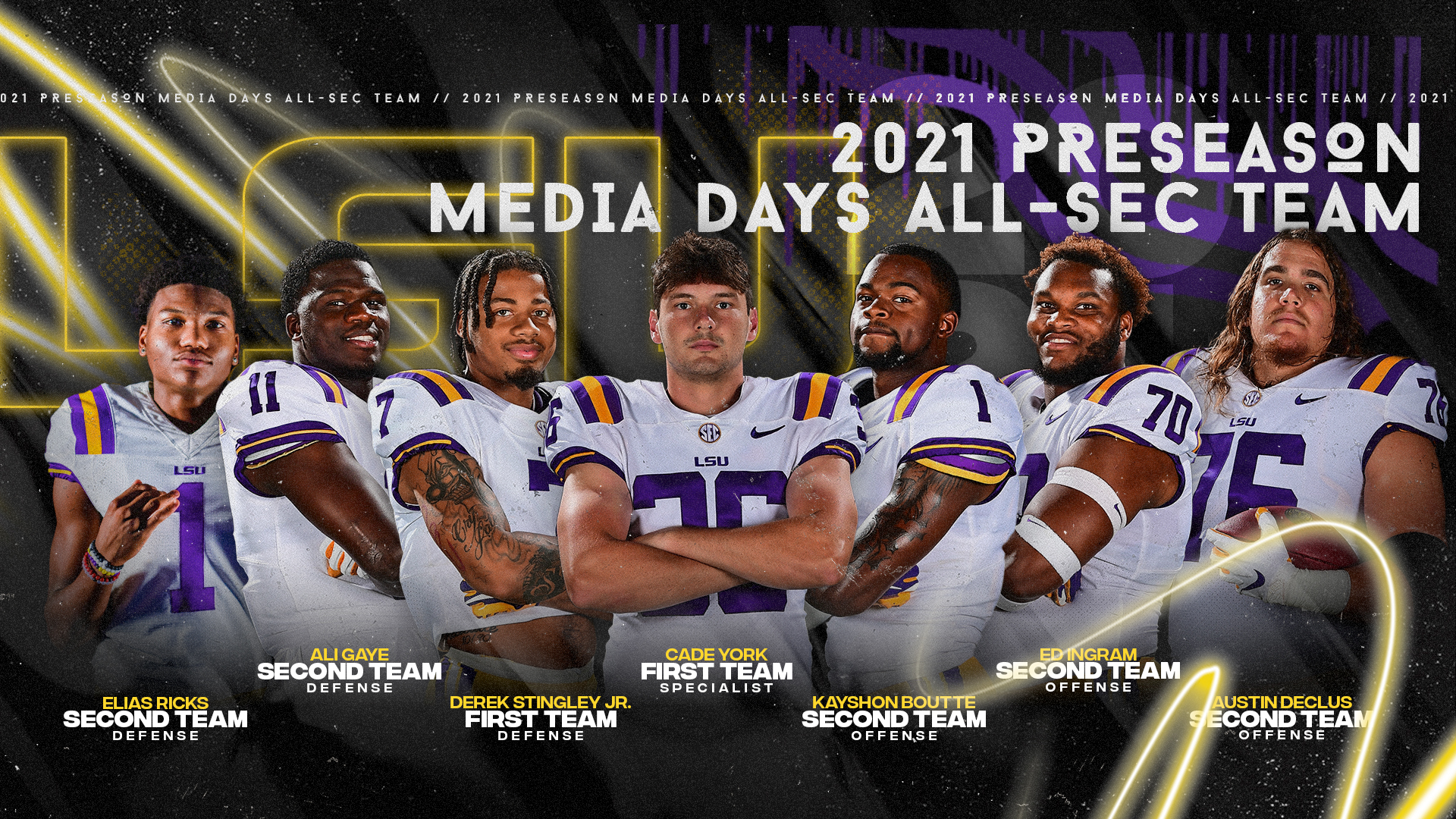 Stingley Jr., a two-time All-America, and York, one of the top kickers in school history, were selected to the first team. Boutte was selected to second team. In the final game of 2020 the freshman set the SEC record for receiving yards in a game. Returners Deculus and Ingram anchor the offensive line for the Tigers and were voted to the second team.

On the defensive side, Ricks and Gaye were also on the second team. Ricks and Gaye led the Tigers in interceptions (4) and tackles for loss (9.5) respectively.