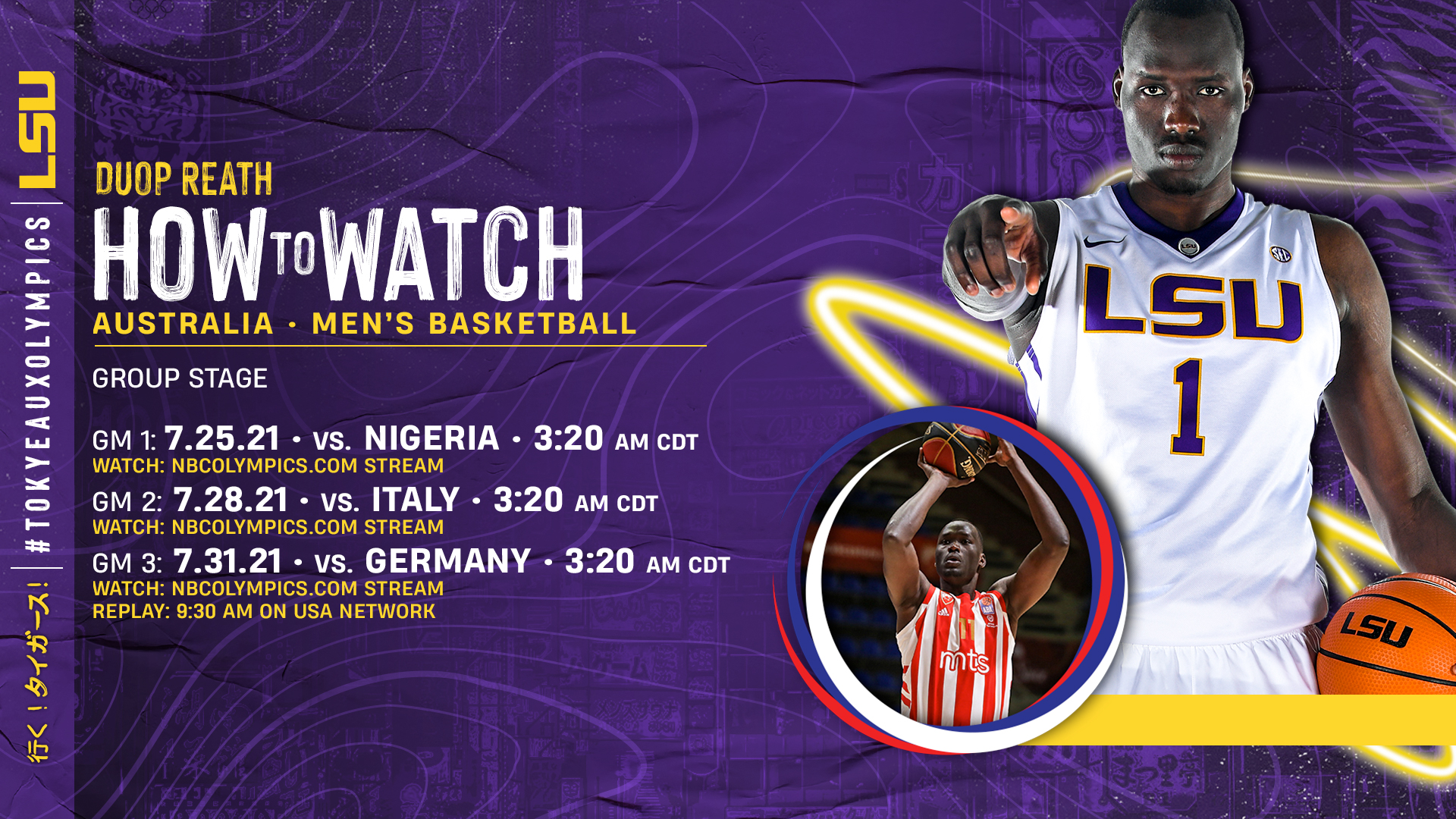 The Boomers, in Group B, will face Nigeria in their opening game that will tip at 3:20 a.m. CDT and will be available on NBCOlympics.com.

The other group games are set against Italy at 3:20 a.m. on July 28 (NBCOlympics.com) and against Germany on July 31, also at 3:20 a.m. The Germany game will be shown live on NBCOlympics.com and replayed later in the day on USA Network at 9:30 a.m.

The 6-11 native of South Sudan who moved to Australia with his family as a youngster, played professionally primarily in leagues in Serbia in the past three years. He signed in June of this year with the Illawarra Hawks of Australia’s National Basketball League.