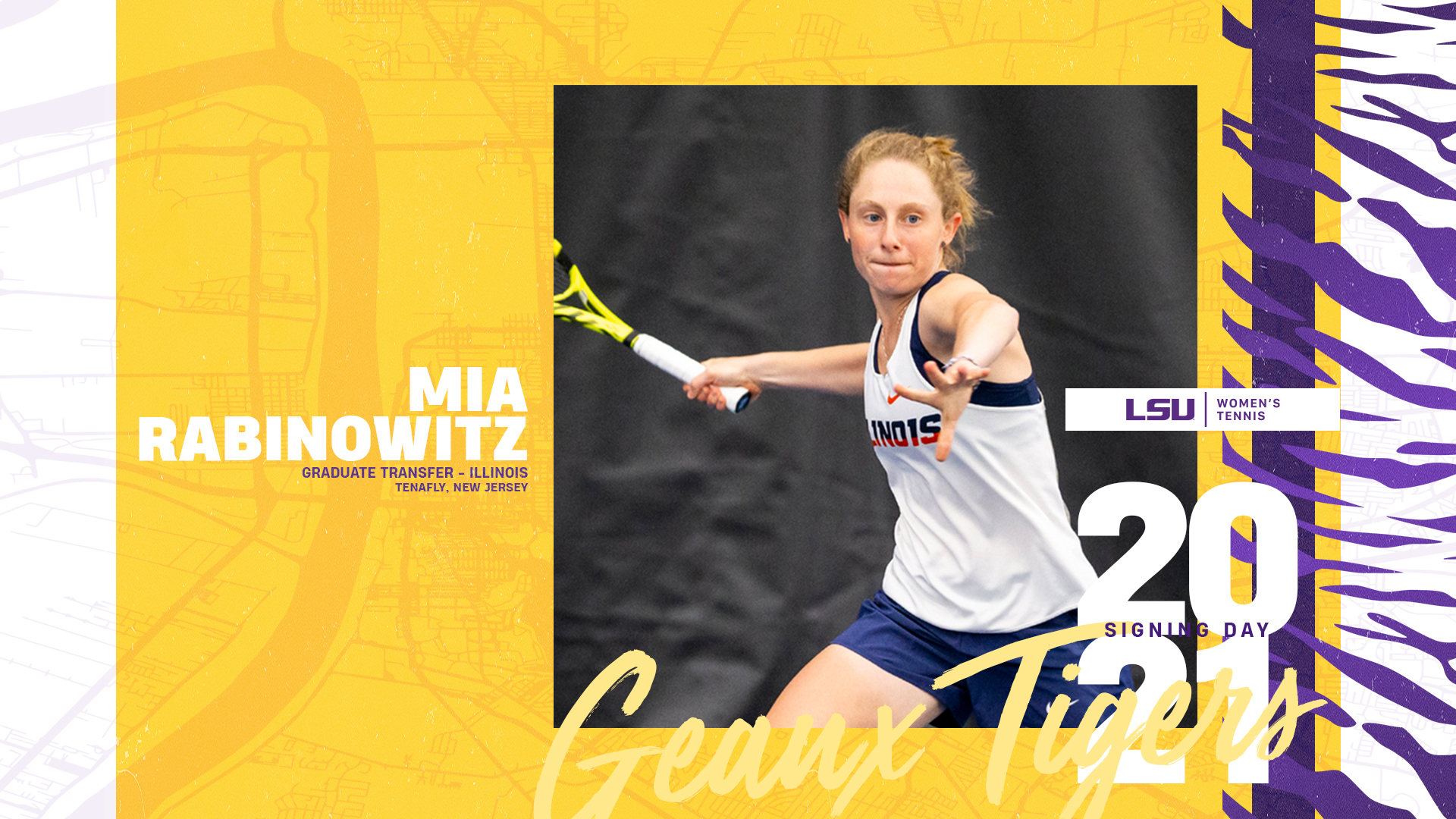 Baton Rouge, La. – Mia Rabinowitz, a native of Tenafly, New Jersey, has signed on with LSU Women’s Tennis after transferring in from the University of Illinois, co-head coaches Julia and Michael Sell announced on Friday.

“We are excited to welcome Mia to the Tiger Family,” co-head coach Michael Sell said. “She’s an outrageously tough competitor that positively elevates the people around her. She cares deeply for her teammates and has a team-first mentality. She brings a wealth of experience, and we cannot wait to get her in Purple & Gold.”

Rabinowitz joins the Tigers after four years at Illinois. In three years of competing, she tallied a 47-27 record in singles play and a 41-23 mark in doubles. She enjoyed a breakout season her freshman year, where she had a team-high 28-9 record in singles play and 17-9 record in doubles, and clinched a vital win for her team against No. 11 Texas to give the Illini their first win over a Top-20 opponent in six years.

Following her freshman campaign, Rabinowitz went on to go 14-11 in singles action and a career-high 19-7 in doubles her sophomore year. She picked up five wins in singles and doubles play her junior year before the season ended early due to COVID-19. She then chose to redshirt for her senior season.

Success on the court saw Rabinowitz earn conference honors as she was named the Big Ten Tennis Athlete of the Week once during her freshman year and again as a junior. Off the court, she was a member of the Academic All-Big Ten twice in her career, as well as an ITA Scholar-Athlete. Rabinowitz graduated from Illinois in May with a Bachelor of Science in Recreation, Sport, and Tourism.