Lindblad One Shot Back At European Women's Amateur Golf Event 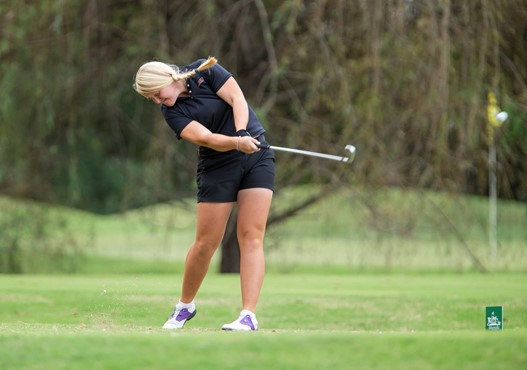 BATON ROUGE – LSU All-America golfer Ingrid Lindblad of Sweden, put herself in great position after firing a 3-under 69 Friday in the third round of the 2021 European Ladies’ Amateur Championship at Royal Park in Roveri, Italy, outside Turin.

Lindblad, who will be a junior at LSU this fall, moved up two spots with a 54-hole total at 7-under 209 after rounds of 71-69-69. Golfers from Sweden are in the first three spots with Sara Kjellker in the lead at 8-under 208 and Beatrice Wallin tied for second with Lindblad at 7-under.

Through three rounds, Lindblad has played the par 3 holes in 2.75 strokes and leads the field through 54 holes with 14 birdies.

The field was cut to the low 60 and ties for the final round with two other members of the LSU team both making the 54-hole cut.

Sophomore Carla Tejedo Mulet of Spain is tied for 23rd after a 3-under 69. She moved another 35 spots on the leaderboard on Friday and stands at 1-over 217 for 54 holes.

Swedish freshman Elsa Svensson of LSU shot an even par 72 on Friday and moved up 14 spots making the cut on the number at 5-over 221.