Marc Wanaka, who helped develop one of college baseball’s most dynamic offenses at Arizona, has been hired as an LSU assistant coach, head coach Jay Johnson announced Thursday. 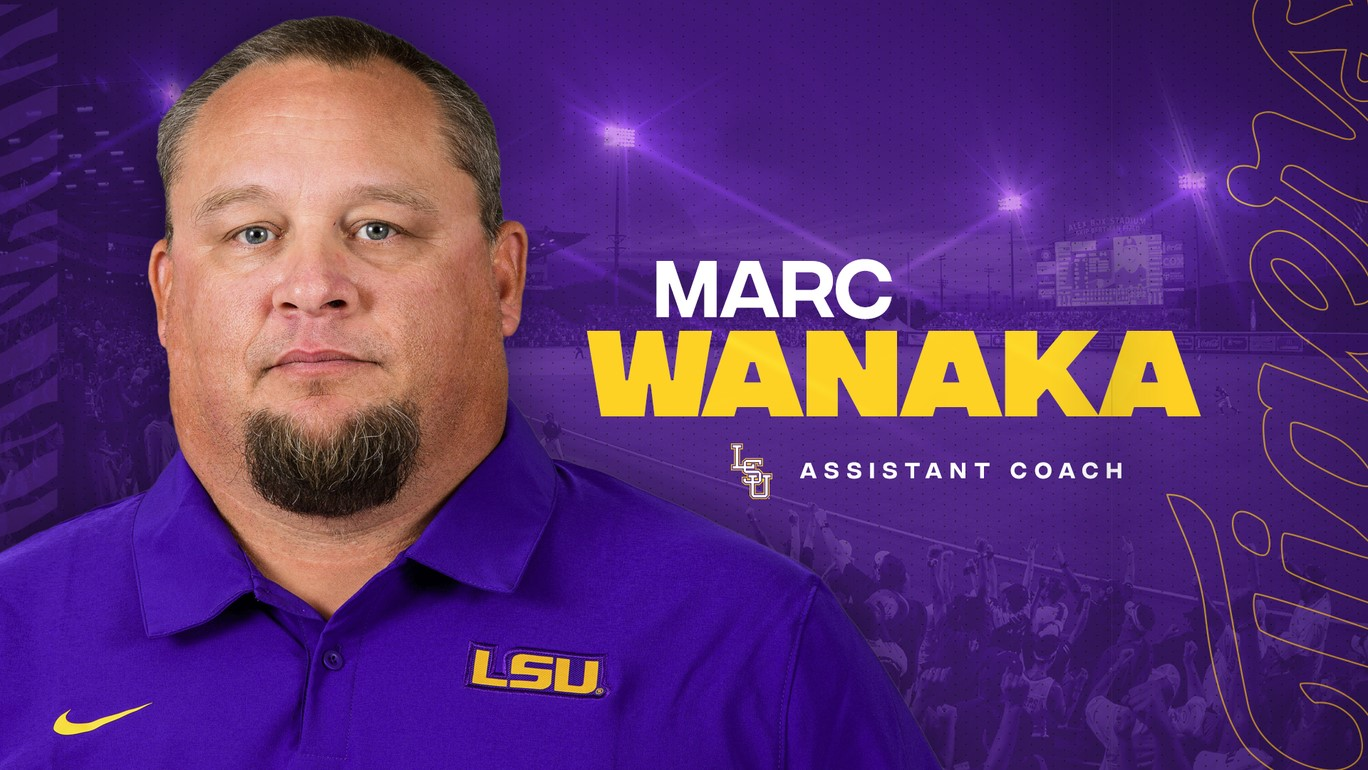 Wanaka has worked on Johnson’s staffs since the 2014 season, when Johnson began his tenure as the head coach at Nevada. They coached hitting together for two seasons at Nevada (2014-15) and six seasons at Arizona (2016-21) prior to arriving at LSU this summer.

Arizona advanced to the College World Series in 2016 and 2021 and captured the 2021 Pac-12 title during Wanaka’s term as an assistant coach.

“I am very excited to add Marc as an assistant coach at LSU,” Johnson said. “Marc has been a huge part of our success, and his on-the-field contribution will greatly impact our players and our team success at LSU. Marc is unmatched in terms of time commitment and work ethic to make each player the best that he can be.

“His on-the-field contribution will be significant and impactful in regards to player development and game preparation. Hiring Marc helps us round out a very complete coaching staff that will put our current and future Tiger players in a great position.”

Arizona position players thrived under the tutelage of Wanaka during his tenure with the Wildcats. Over the past six seasons, he helped produce 12 All-American position players and 19 MLB Draft picks, 12 of which were selected within the first 10 rounds.

Among Wanaka’s Arizona All-Americans is infielder/DH Jacob Berry, who joined Wildcats teammate Daniel Susac as the 2021 National Co-Freshmen of the Year. Berry has since transferred to LSU, where he will be reunited with Wanaka.

Arizona never posted a season batting average lower than .285 with Wanaka on the staff, and the Wildcats combined for 2,460 runs in six seasons, an average of 7.6 runs per game.

Wanaka served as a volunteer assistant coach during the 2014 season at Nevada, and he was then promoted to assistant coach and helped lead the Wolf Pack in 2015 to one of the best seasons in school history. Nevada posted a 41-15 record and captured the school’s first-ever Mountain West title with a 22-6 mark in league play.

Prior to his arrival at Nevada, Wanaka served as the pitching coach and recruiting coordinator at San Diego Mesa College for four seasons. In his four years at SDMS, the team’s ERA dropped from 5.66 to 3.72, and it earned 2012 Pacific Coast Conference championship.

Wanaka also served as the associate head coach and pitching coach at El Paso Community College from 2007-09. The 2008 squad advanced to the Region 5 playoffs.

He served as the pitching coach and recruiting coordinator at Shasta College in Redding, Calif., from 2003-07. The 2004 and 2005 teams competed in the Northern California State playoffs.

During the 2002-03 campaign, Wanaka coached at Point Loma Nazarene, where he worked with the pitchers and catchers. The Sea Lions finished second in the Golden State Athletic Conference.

Wanaka got his coaching start at New Mexico Highlands, where he worked with the pitchers and catchers from 2000-2002. He earned his bachelor’s degree in sport science from Trinity College and University in 2008.

Admission and parking are free for the scrimmages, and fans will be admitted through Gate 1 on the right field side of the stadium beginning approximately 15 minutes prior to the first pitch each day.
Meet the Baseball Newcomers, Part 1