The LSU Swimming and Diving program will have three representatives attend and compete in the 2020 Tokyo Olympics. 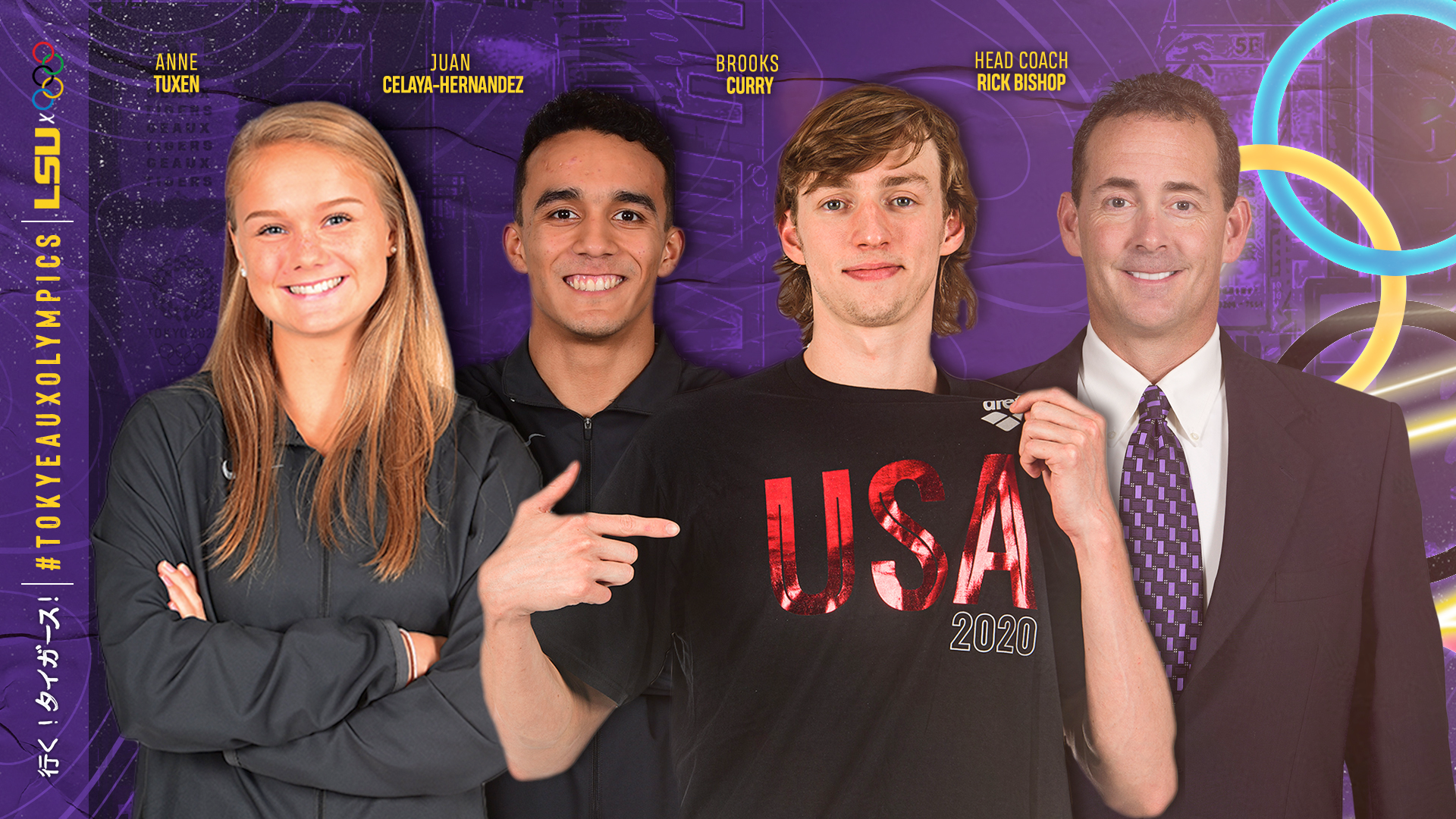 TOKYO – The LSU Swimming and Diving program will have three representatives attend and compete in the 2020 Tokyo Olympics. New Head Swimming Coach Rick Bishop will lead a national team for the third time in his career with the Hong Kong Olympic team.

Brooks Curry, LSU’s first representative for the United States in the pool, will compete in the 4×100 meter freestyle relay. LSU divers Juan Celaya-Hernandez and Anne Tuxen will compete in the three-meter synchronized dive and the platform dive, respectively.

Curry begins his quest for a medal first, as the heats for the swimming events begin on Saturday, July 24. For the 4×100 meter freestyle relay, there are three heats that begin on Sunday, July 25, at 7:10 a.m. CT. The corresponding final occurs on the same day at 10:05 p.m. CT. The heats and finals will broadcast live on NBC and are available to stream at lsul.su/stream.

Celaya-Hernandez is set to compete as a representative of Mexico in the three-meter synchronized diving event with his partner Yahel Castillo on Wednesday, July 28. The event will solely consist of one final and is slated to begin at 1:00 a.m. CT and will broadcast live on USA Network.

Tuxen is slated to compete in the Women’s platform diving event from 10 meters. This event will follow the typical succession of a diving event. She will compete in the prelims for her native Norway on Wednesday, August 4, at 1:00 a.m. The semifinal is set to begin at 8:00 p.m. CT on the same day.

The Women’s 10-meter platform final is slated for 1:00 a.m. CT on Thursday, August 5. The semifinals will be televised on NBC while the prelims and final will televise on USA Network.

Over his 20-plus years as coach, Bishop has garnered significant international experience. He spent two years on the Brazilian National Team coaching staff, first serving as an assistant coach at the 1995 World Championships in Rio de Janeiro and 1995 Pan-American Games in Mar del Plata, Argentina, before heading up the Brazilian Olympic Team at the 1996 Summer Games in Atlanta.

He also served as an assistant coach for Jamaica at the 1998 Pan-American Games in Winnipeg and was the head coach for the Netherlands Antilles at the 2007 World Championships in Melbourne, Australia.