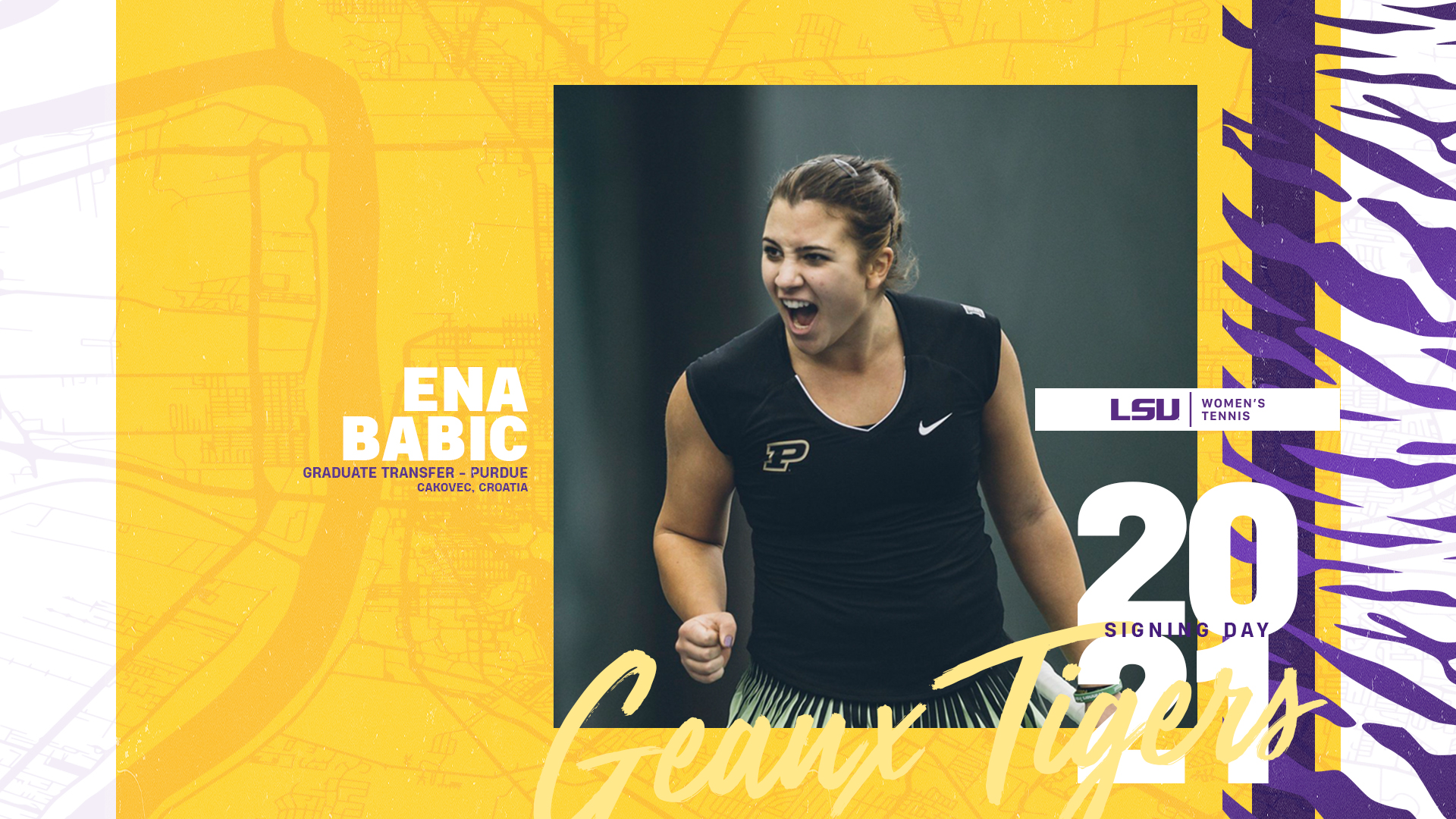 Baton Rouge, La. – Ena Babic, a native of Cakovec, Croatia, has signed on with the LSU Women’s Tennis team after transferring in from the University of Purdue, co-head coaches Julia and Michael Sell announced on Tuesday.

“We are thrilled to add Ena into our Tiger family,” co-head coach Michael Sell said. “She brings instant leadership, work ethic, and top-of-the-lineup experience to an already competitive team. Most importantly, she’s a genuine and well-respected person that will represent LSU with the highest standards.”

Babic joins the Tigers after four seasons of competition for the Boilermakers. In that time, she posted a career record of 55-52 in singles play while playing across all six singles spots, including a 16-14 record playing at the No. 1 spot and notching five wins against ranked opponents. In doubles play, Babic picked up 45 career wins and led from the front in her senior year with a 12-4 doubles record representing Purdue at the No. 1 doubles spot.

Babic’s efforts have seen her earn all-conference honors both athletically and academically in the Big Ten. On the court, she was named to the 2020 Big Ten All-Conference team before repeating the honor in 2021 to close out her career as a Boilermaker. Academically, she was a three-time member of the Academic All-Big Ten and graduated from Purdue with a Bachelor of Science in Finance in May.