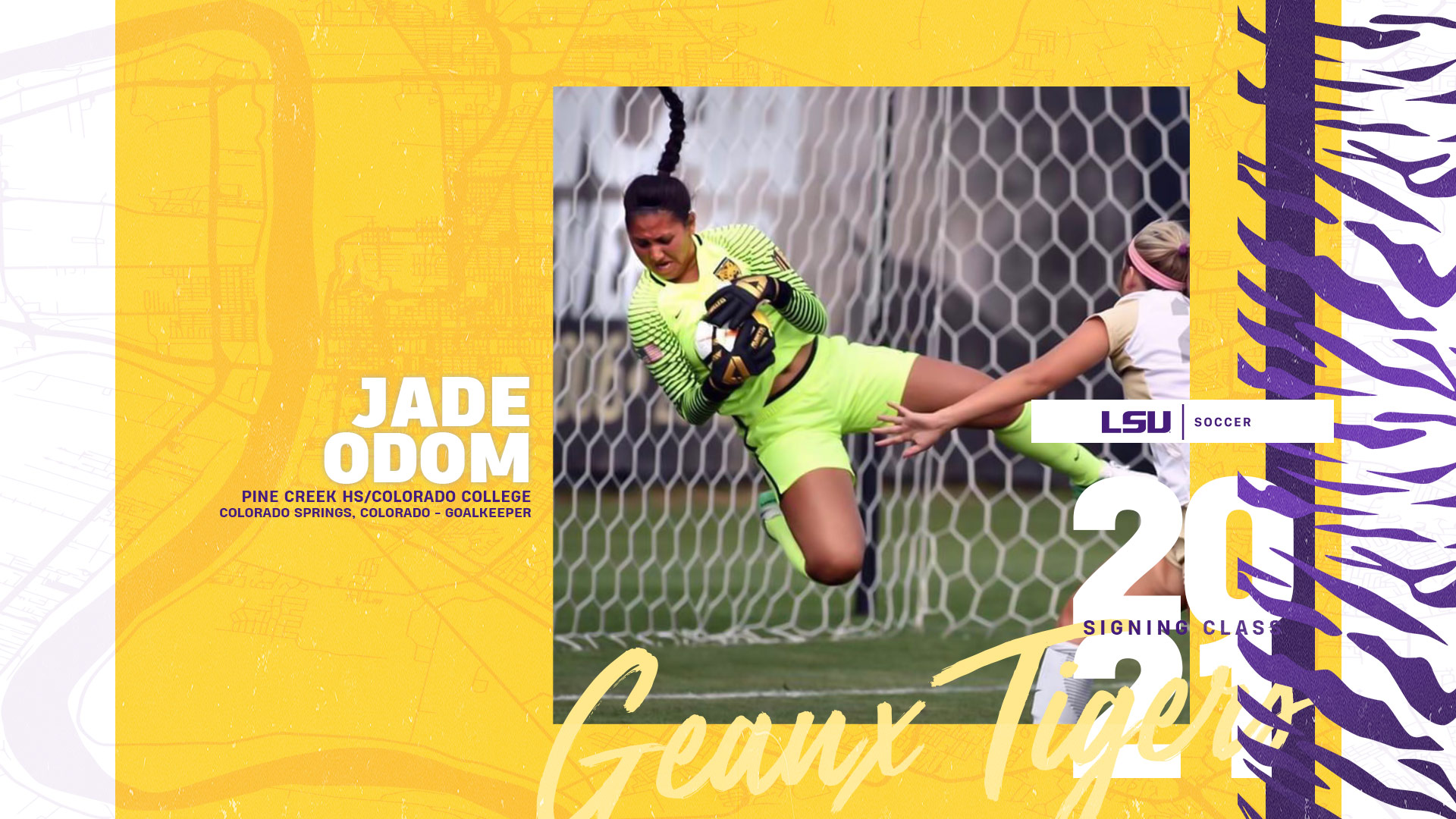 “We are thrilled to be adding a player of Jade’s caliber, experience and personality to our goalkeepers union,” Hudson said. “She will add quality and depth to an already talented department.

“Outside of being an excellent athlete, Jade is a quiet leader who will raise the level of those around her through her work ethic and team first attitude.”

Odom spent two years in goal for Colorado College, most recently in 2018, where she started all 18 games for the Tigers. She kept seven clean sheets and recorded a GAA of 1.00, which was tied for the fourth lowest in the Mountain West Conference that season. She logged a career high 8 saves in a 1-1 draw against San Diego State, and her 7 saves against Colorado State were vital for keeping a clean sheet in a 0-0 draw.

Odom, a native of Colorado Springs, Colorado, was a dual sport athlete at Colorado College where she also played basketball for two seasons, averaging 8.8 points, 5.5 rebounds, and 3.2 assists per game. She attended Pine Creek High School in Colorado Springs, CO, where she was a four-year starter and two-time captain of the soccer team.

Odom also played two seasons of hoops for Southeastern University, a NAIA school in Lakeland, Florida. She played from the fall of 2019 until the spring of 2021 and helped Southeastern put together a record of 53-6; she played in 26 games this past season, earning 14 starts and she averaged 7.2 points per game.

Prior to playing collegiately, Odom starred in goal for the Pride Predators ’99 squad that won a pair of State Cup championships in 2016 and 2017. She was also a member of the Pride team that won the 2016 Colorado Youth Soccer Superleague and Denver Cup.

She prepped at Pine Creek High School in Colorado for her varsity playing days and earned four letters in both soccer and basketball where she served as a two-time team captain for both squads. She earned second-team all-stat honors and was a metro league first team selection during her sophomore season where she helped her team to the semifinals of the Colorado High School playoffs.