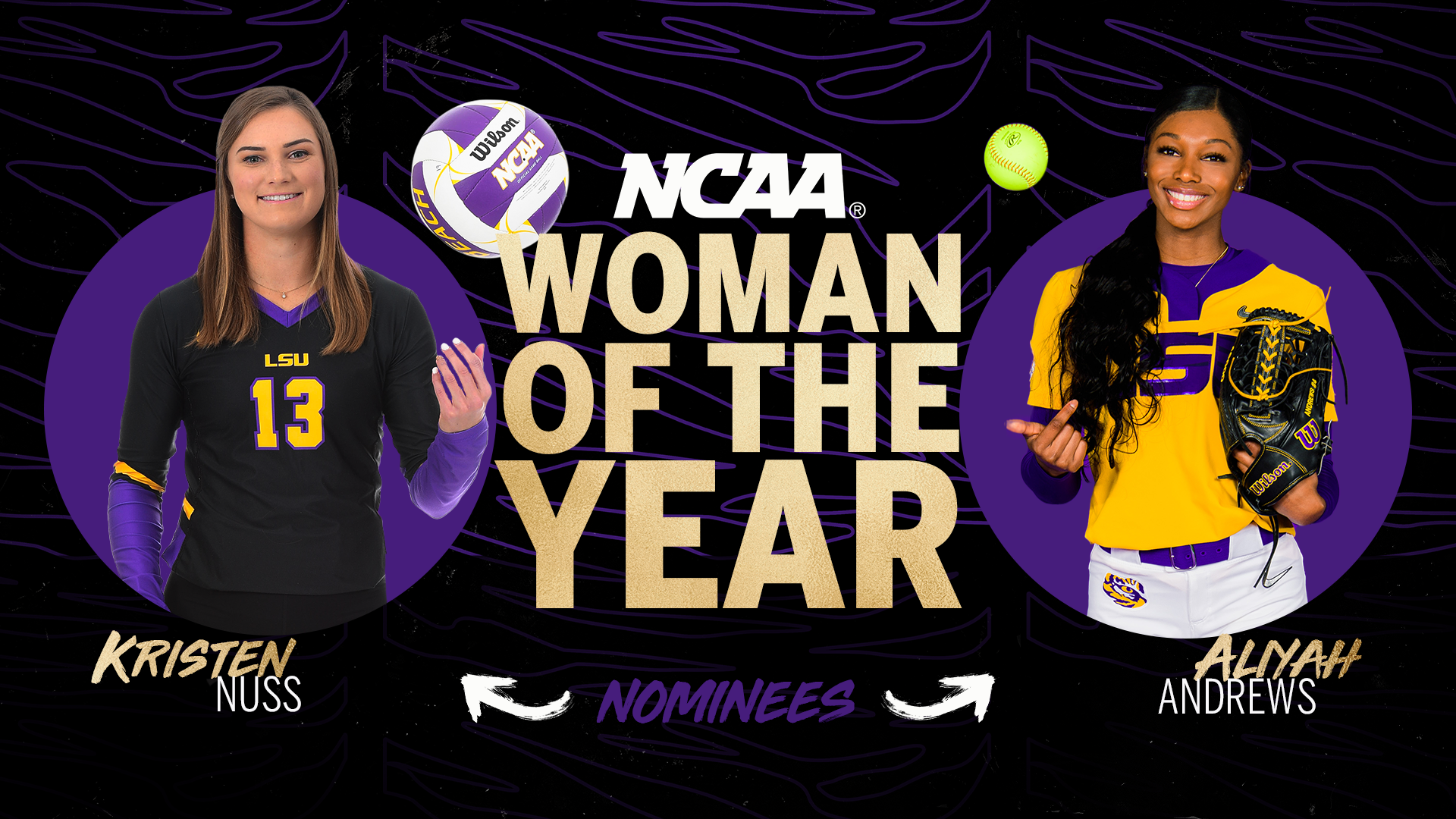 BATON ROUGE – LSU softball’s Aliyah Andrews and beach volleyball’s Kristen Nuss have been selected as the school’s nominees for the 2021 NCAA Woman of the Year Award.

Established in 1991, the NCAA Woman of the Year award is rooted in Title IX and recognizes graduating female college athletes who have exhausted their NCAA eligibility and distinguished themselves in academics, athletics, service and leadership throughout their collegiate careers.

Both Andrews and Nuss recently wrapped up their impressive careers at LSU in which their individual success helped to drive their respective teams to great heights.

Andrews played five seasons and etched her name in the record books with 289 hits, 145 stolen bases and 268 games played, which are the third, second and fifth most in school history. She appeared countless times on SportsCenter’s Top 10 for her jaw-dropping catches in center field.

The LSU graduate was named to multiple All-SEC teams during her time and was selected as an NFCA Second Team All-America. She helped lead LSU to a Women’s College World Series appearance in 2017 as well as NCAA Super Regional appearances in 2018, 2019 and 2021.

Nuss finished her career at LSU in May as the winningest player in college beach volleyball history with 139 career victories. She won the final 47 matches of her career and went a perfect 36-0 in 2021 on Court 1 with Taryn Kloth. Of their 36 victories this season, 32 of them came in straight sets as Kloth and Nuss were just too dominant for anybody that stepped in the sand against them.

The New Orleans native helped elevate the LSU Beach Volleyball program to national relevance throughout her career, leading the Tigers to National Championship Tournament appearances in 2017, 2018, 2019 and 2021. When the 2020 season ended prematurely, Nuss and the Tigers were ranked as the No. 1 team in the nation for three consecutive weeks.

A total of 535 female student-athletes have been nominated for this year’s award. Next, conferences will have the opportunity to select two nominees from their pool of member schools’ nominees. The Woman of the Year selection committee, made up of representatives from the NCAA membership, will then choose 10 women from each division to make up the Top 30. Each division will have three finalists and from that pool, the NCAA Committee will choose the 2021 NCAA Woman of the Year.