LSU pitcher AJ Labas has signed a free agent deal with the Minnesota Twins, and he will be assigned to a team in the Twins’ minor league organization. 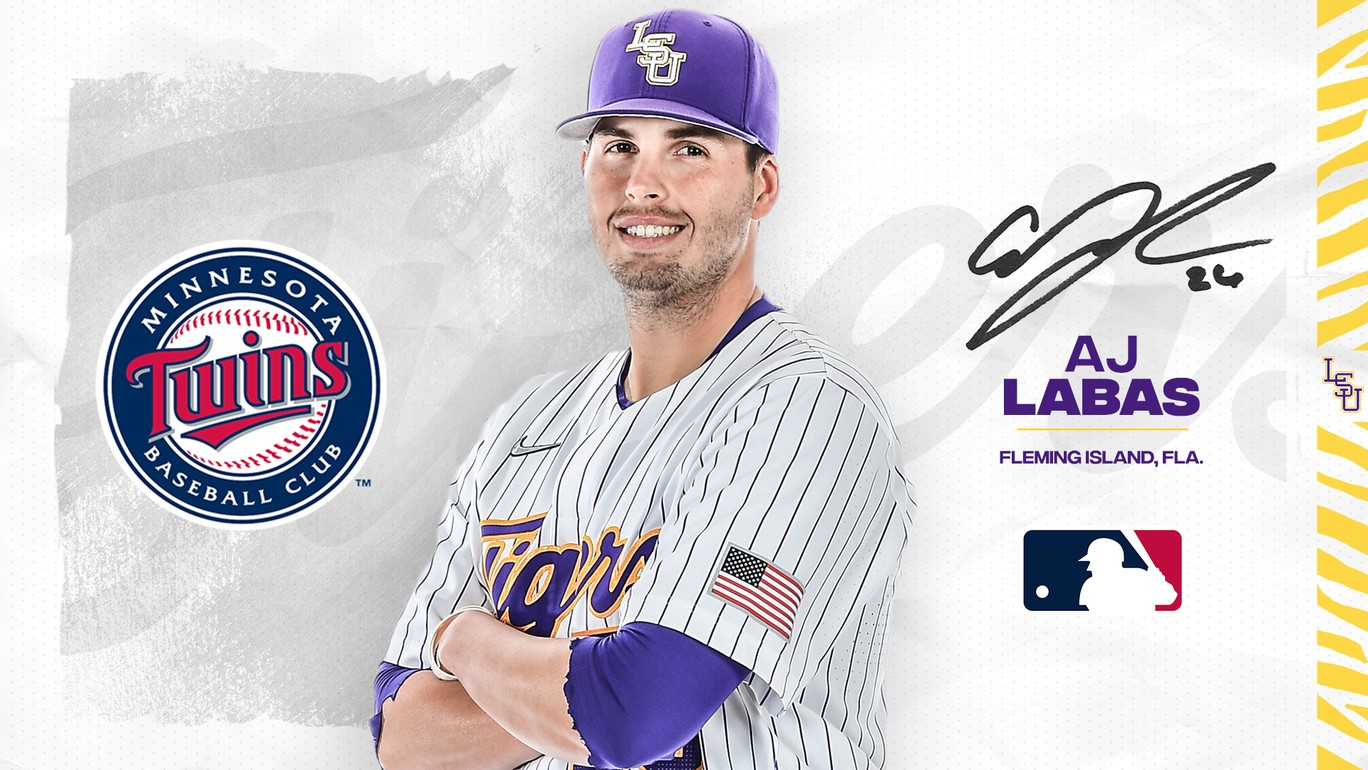 BATON ROUGE, La. – LSU pitcher AJ Labas has signed a free agent deal with the Minnesota Twins, and he will be assigned to a team in the Twins’ minor league organization.

Labas graduated from LSU in May, earning a degree in sport administration.

He recorded a quality start in eight of his final 12 starting outings in 2021, including a win over Gonzaga in the NCAA Eugene Regional on June 6. He was voted to the regional All-Tournament team after defeating Gonzaga, limiting the Bulldogs to four runs on six hits in eight innings with eight strikeouts.

Labas fired the first complete game in three years by an LSU pitcher on April 23 when he defeated ninth-ranked Ole Miss. He limited Ole Miss – which entered the series No. 2 in the SEC in team batting average – to two runs on 10 hits in nine innings with one walk and six strikeouts. Labas threw a career-high 126 pitches in the win over the Rebels.

Labas’ 126 pitches were the most thrown by an LSU hurler since June 2, 2012, when Kevin Gausman threw 129 pitches in eight innings against Oregon State in the NCAA Baton Rouge Regional.

Labas’ complete game at Ole Miss was the first by an LSU pitcher since April 24, 2018, when Labas himself recorded a nine-inning shutout of Lamar in Baton Rouge.

Labas was named a 2018 Freshman All-American by Collegiate Baseball newspaper, and he earned SEC Freshman of the Week honors on May 7, 2018, after defeating fourth-ranked Arkansas in his first career SEC start.