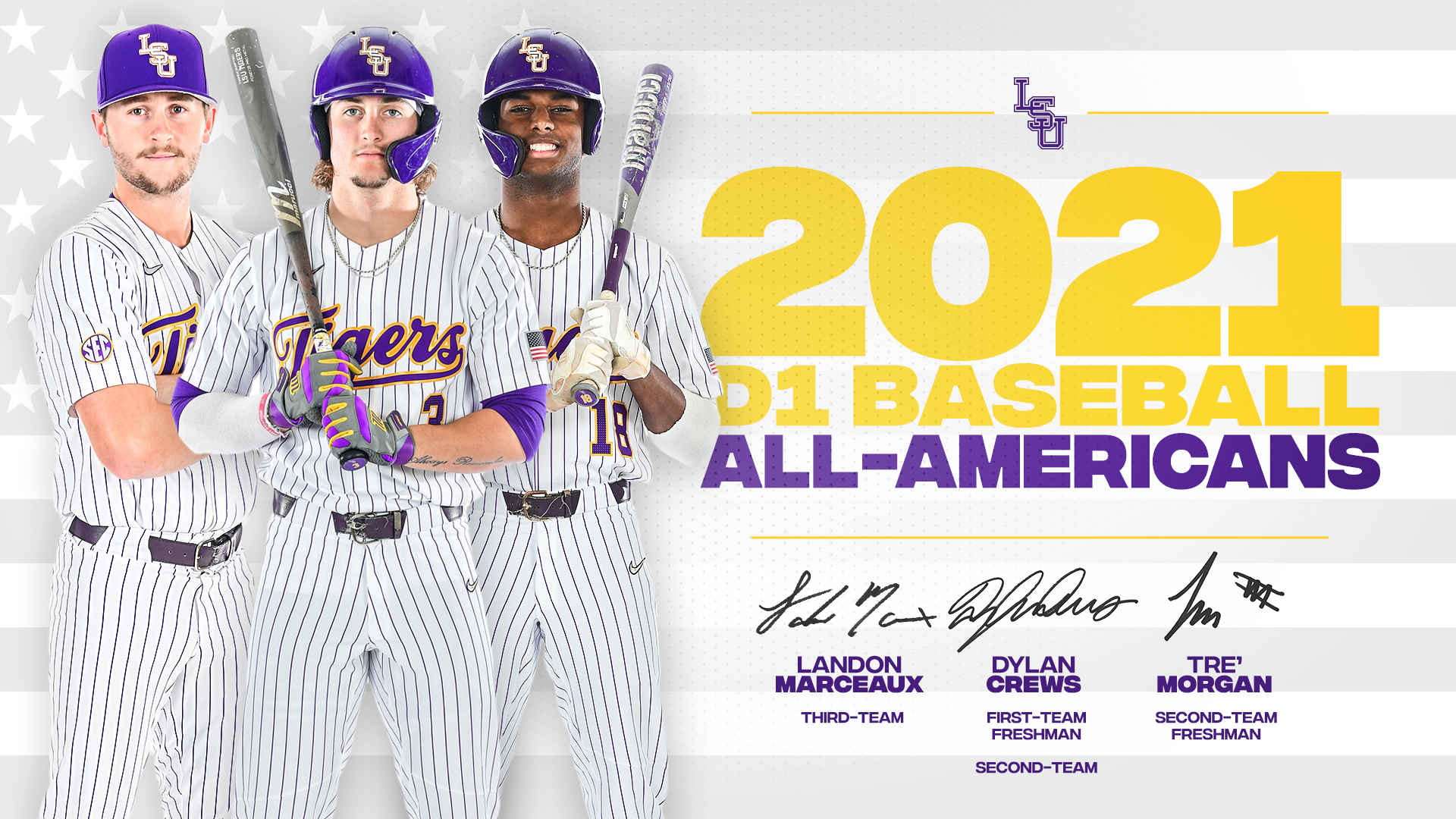 Marceaux was selected on Monday in the third round of the MLB Draft by the Los Angeles Angels.

He helped lead LSU to the 2021 NCAA Eugene Regional title, earning a relief win on two days’ rest in the championship game versus Oregon after firing 101 pitches in a starting assignment against Gonzaga.

Crews was named last month as the National Freshman of the Year by Perfect Game. The product of Longwood, Fla., hit .362 (89-for-246) in 2021 with 16 doubles, two triples, 18 homers, 42 RBI, 64 runs scored and 12 stolen bases. He has also received Second-Team All-SEC and Freshman All-SEC recognition, and he was voted the Louisiana Freshman of the Year.

Crews’ total of 18 home runs represents the most by a freshman in LSU single-season history, surpassing the mark of second baseman Mike Fontenot, who launched 17 dingers as a freshman in 2000.

He has also received First-Team Freshman All-America, Second-Team All-SEC and Freshman All-SEC honors, and he was named to the SEC All-Defensive Team. Morgan was twice recognized as the SEC Freshman of the Week during a three-week period in late April-early May.