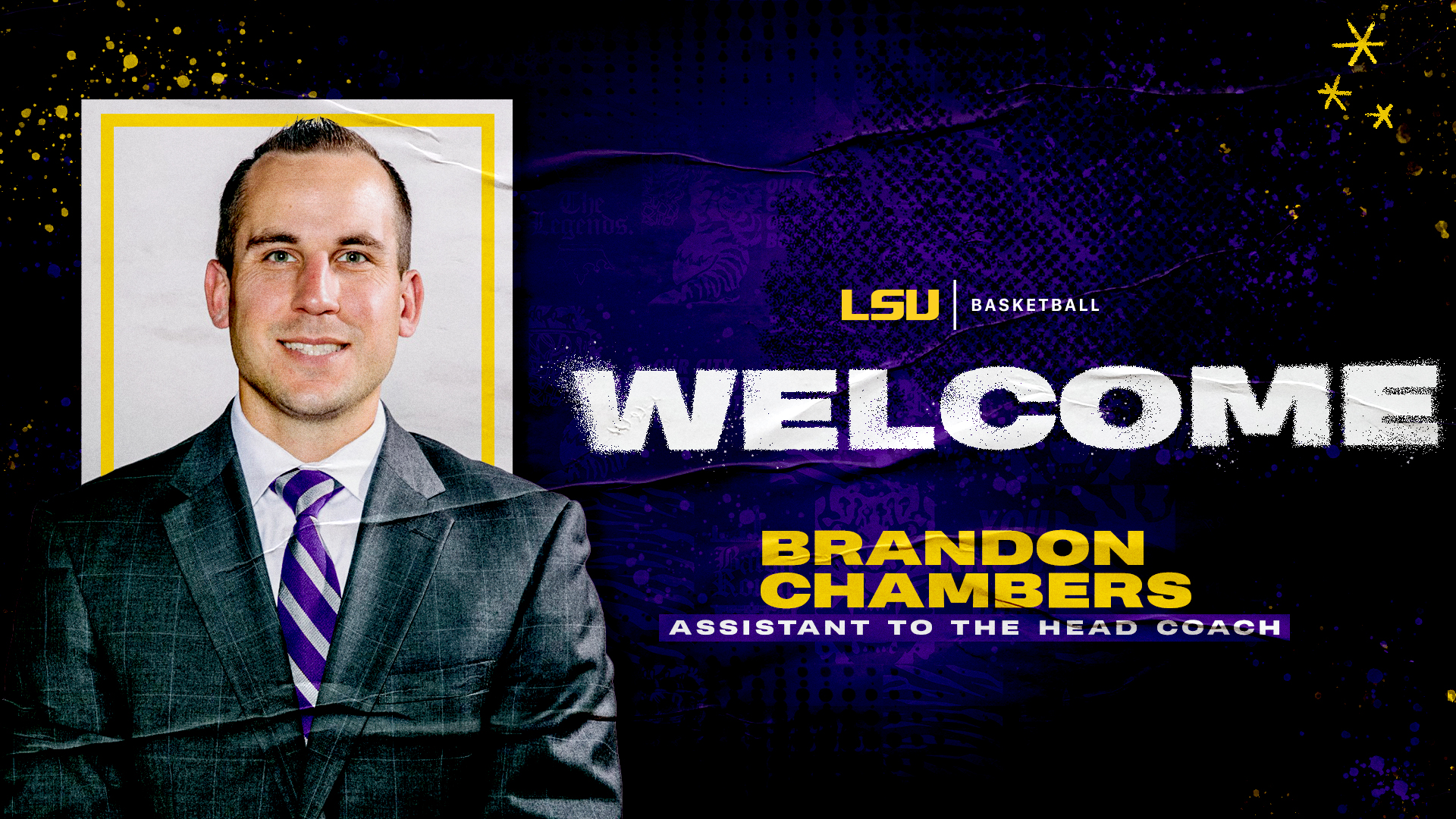 BATON ROUGE – LSU Head Basketball Coach Will Wade announced on Tuesday that Brandon Chambers is joining the men’s basketball staff as Assistant to the Head Coach.

Texas Southern was 17-8 a year ago, winning the SWAC Tournament and defeated Mount St. Mary’s, 60-52, in an NCAA First Four contest. In the 2020 season which was halted because of the coronavirus pandemic, the Tigers were 12-6 in SWAC play.

“We look forward to Brandon joining our staff at LSU,” said Coach Wade. “I have known Brandon for 12 years and have watched him rise through the coaching ranks with great success. He brings a wealth of knowledge of the game and will have a tremendous impact on our program.”

During his stint at Nevada he served as director of operations working in conjunction with the coaching and supports staff to ensure that all team-related needs were met such as travel, recruiting, scheduling, video breakdown and game strategies. Nevada won three Mountain West regular-season titles with Chambers on staff and played in three NCAA tournaments.

He attended VCU and was a manager working with the men’s basketball team. He served as a student assistant coach in 2011 when the Rams advanced to the NCAA Final Four. He graduated from VCU in 2011 with a bachelor’s degree in business administration.

Chambers was named one of 50 impactful Low Major Assistants by Silver Waves Media in 2020. He was also named to the 2020 30-Under-30 Team, representing 30 of the most outstanding men’s college basketball coaches under the age of 30.

Vernon Hamilton, who served as Assistant to the Head Coach this past season, will now serve in the position of Director of Player Development.