Jaden Hill Selected in 2nd Round by Colorado

LSU junior right-hander Jaden Hill was selected Monday in the second round of the Major League Baseball Draft by the Colorado Rockies. 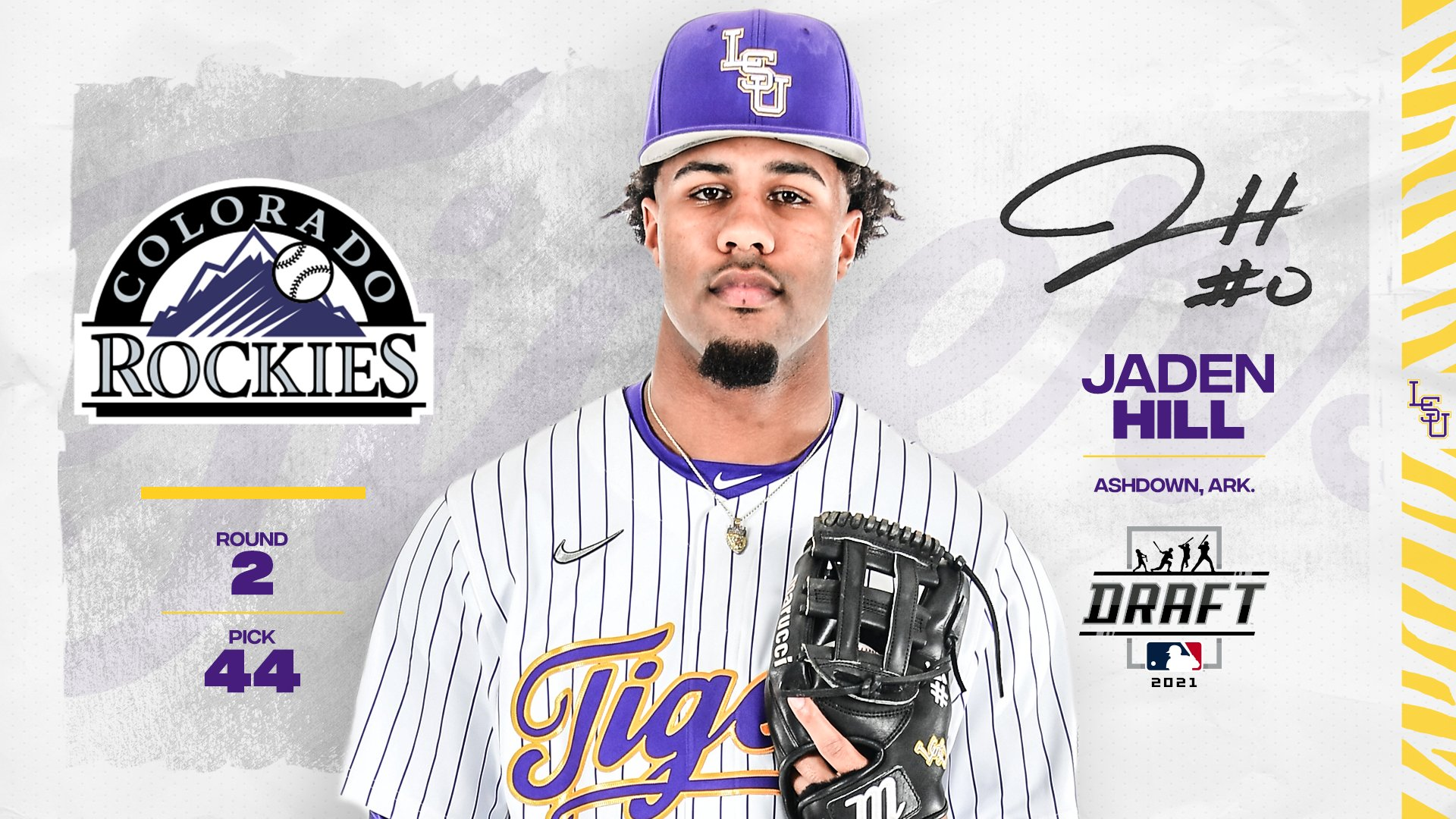 BATON ROUGE, La. – LSU junior right-hander Jaden Hill was selected Monday in the second round of the Major League Baseball Draft by the Colorado Rockies.

Monday’s selection marked Hill’s second in the MLB Draft. He was chosen in the 38th round in 2018 by the St. Louis Cardinals after his senior year of high school.

Hill made seven starts on the mound for the Tigers in 2021 before being sidelined by an ulnar collateral ligament injury that required Tommy John surgery on his elbow. He posted a 2-3 mark with a 6.67 ERA in 29.2 innings, recording 12 walks and 25 strikeouts.

Hill was named a 2020 third-team All-American by Collegiate Baseball newspaper after the pandemic-shortened season in which he allowed no runs and just one hit in 11.2 relief innings (four appearances) while recording five walks, 17 strikeouts and two saves. He limited opponents to an .028 (1-for-36) batting average on the year.

Hill pitched as a starter in LSU’s 2019 weekend rotation for the first two weeks of the season before having to sit out the remainder of the year due to a shoulder ailment. He was named SEC Freshman of the Week after defeating Air Force on February 17, as he worked five innings and limited the Falcons to one run on four hits with one walk and eight strikeouts.