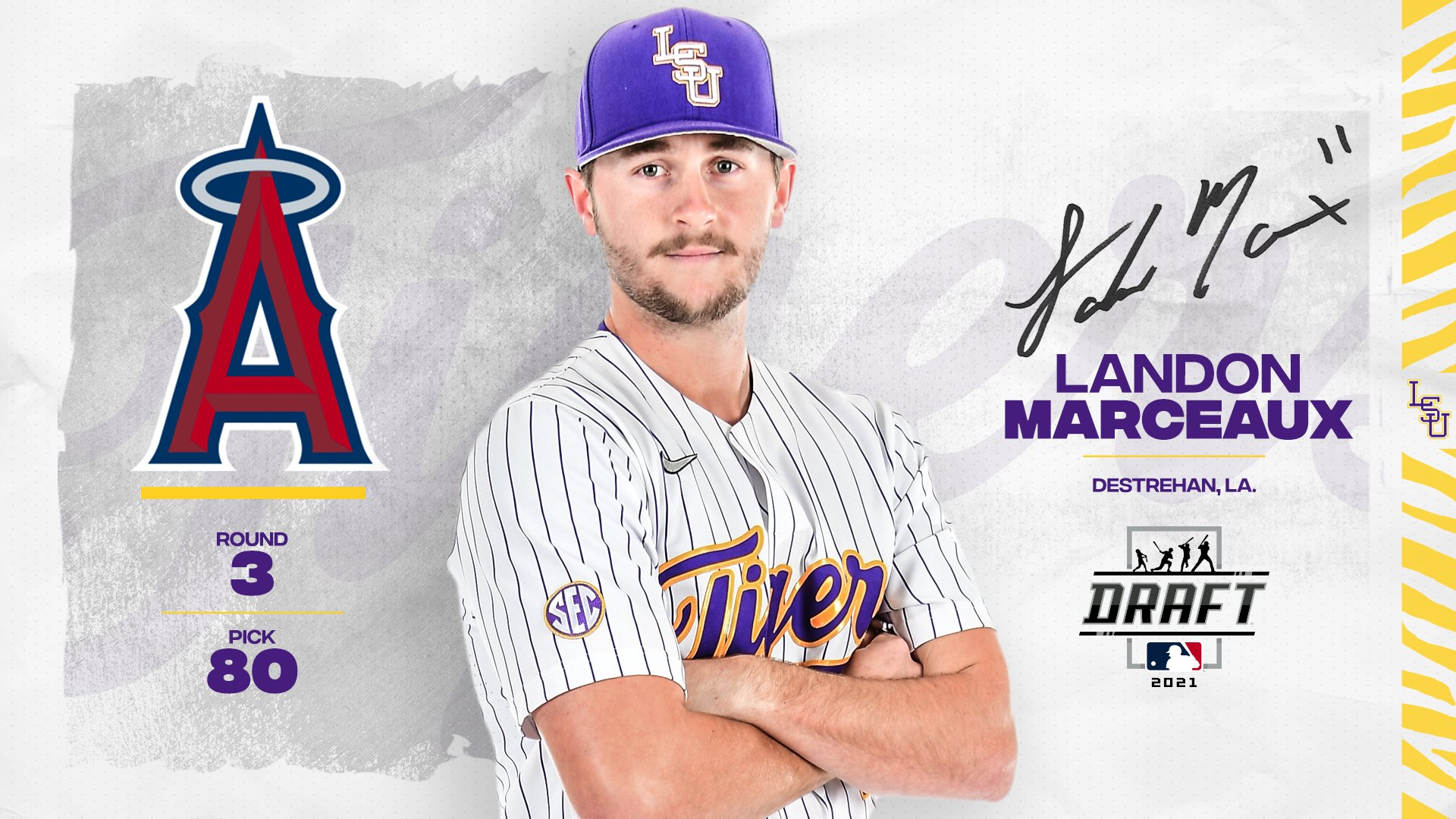 BATON ROUGE, La. – LSU junior right-hander Landon Marceaux was selected Monday in the third round of the Major League Baseball Draft by the Los Angeles Angels.

Monday’s selection marked Marceaux’s second in the MLB Draft, as he was chosen in the 37th round by the New York Yankees after his senior year of high school.

He helped lead LSU to the NCAA Eugene Regional title, earning a relief win on two days’ rest in the championship game versus Oregon after firing 101 pitches in a starting assignment against Gonzaga.

Marceaux was named a Collegiate Baseball National Player of the Week after defeating South Carolina on April 15, firing a career-high 12 Ks while working seven shutout innings.