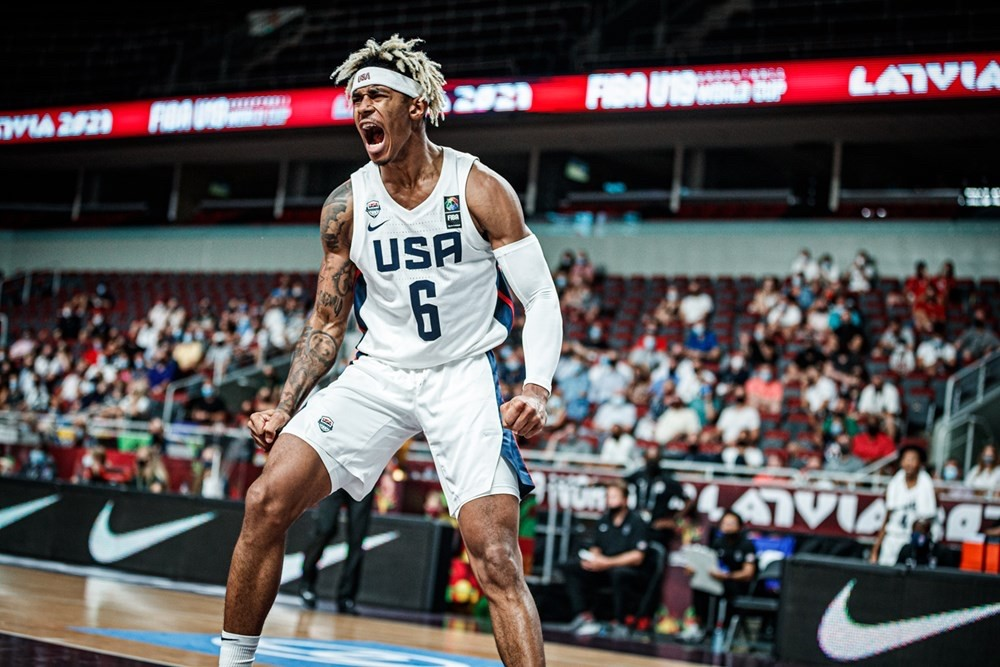 BATON ROUGE — In a game that came down to the wire, the USA men (7-0) continued with their balanced team efforts and unselfish play to hold off France (5-2) 83-81 and win the gold medal on Sunday at the 2021 FIBA U19 World Cup for Men in Riga, Latvia.

That team included LSU transfer Adam Miller who scored in double figures in the championship game.

“We battled. We were worn down, but we battled down the stretch and found a way, so I am proud of them,” said USA head coach Jamie Dixon (TCU). “That is a really good France team that really responded, competed and played well together. They (France) are obviously very talented and well coached and have been together a long time to my understanding, but glad we were able to pull it off.”

Miller, who transferred to LSU this spring after his freshman season at Illinois, had a good sheet for the championship game, playing 22 minutes. He hit four field goals, all four free throw attempts and finished with 12 points, four rebounds, two assists and three steals.

The USA surrendered the lead at the 8:26 mark of the second quarter after a 3-pointer from France and wouldn’t regain an advantage until late in the fourth quarter when adjustments were made.

“Defensively we got the stops, so that’s what helped us, and on offense we tried to go down low to Kenny (Lofton Jr.) late,” said Dixon. “We didn’t handle the pressure well, and they were really aggressive and really physical on balls screens, drives and denials, and we didn’t handle it well. But, really our defense got it done down the stretch, we took away the 3 and kept them off the foul line.”

The Americans regained the lead at the 6:51 mark in the fourth quarter, taking a 69-68 lead during an 11-0 run in the final stanza. The USA held on to capture the gold medal.