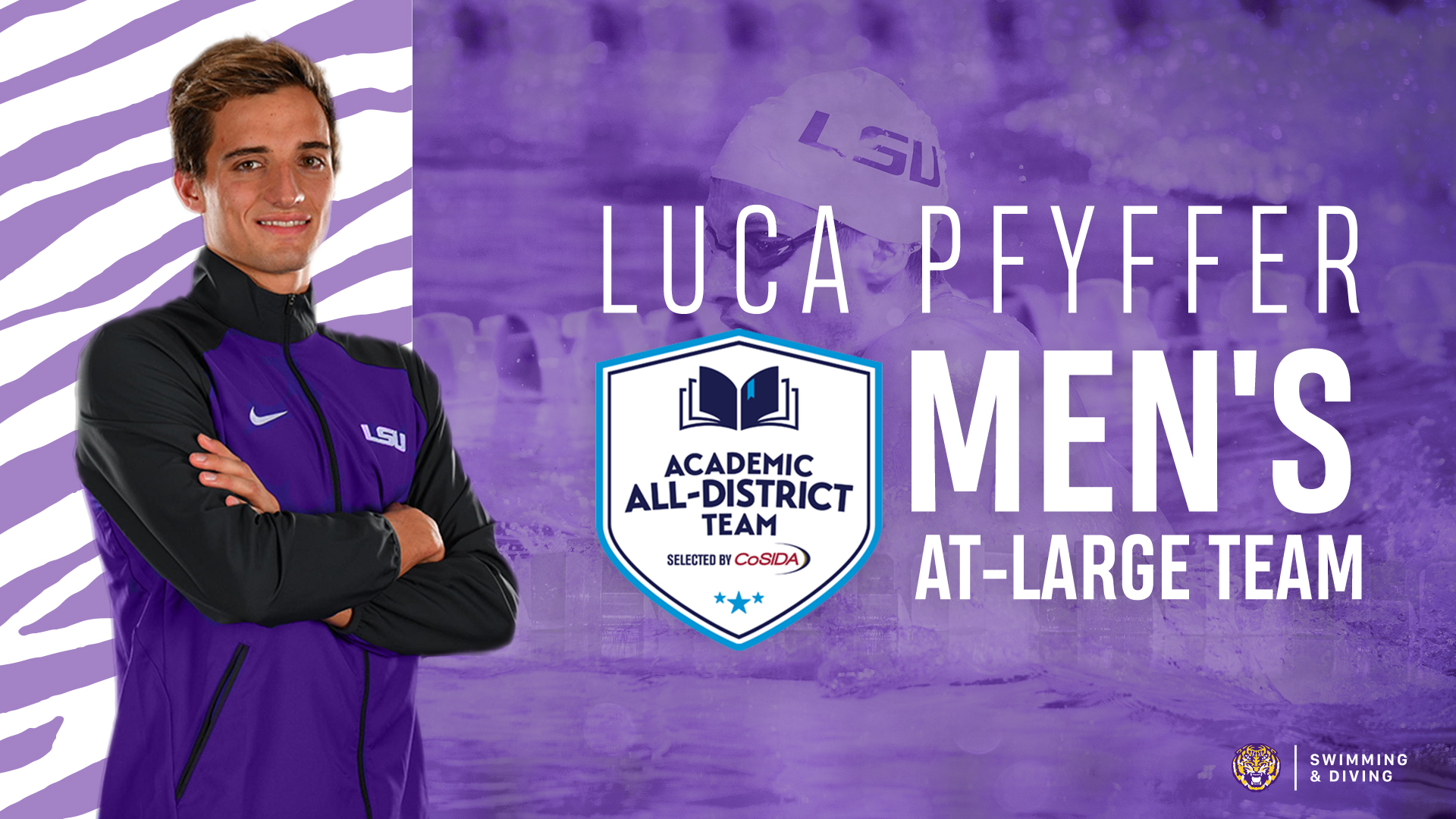 Pfyffer, a senior mechanical engineering student, completed the academic year with a 3.50 cumulative GPA. During the season, Pfyffer had nine top-five finishes with one win in the 200-yard breaststroke.

Pfyffer is accompanied by two LSU athletes in the District VI squad with Ronald Hohmann (tennis) and Garrett Barber (golf) also being named to the men’s At-Large squad.