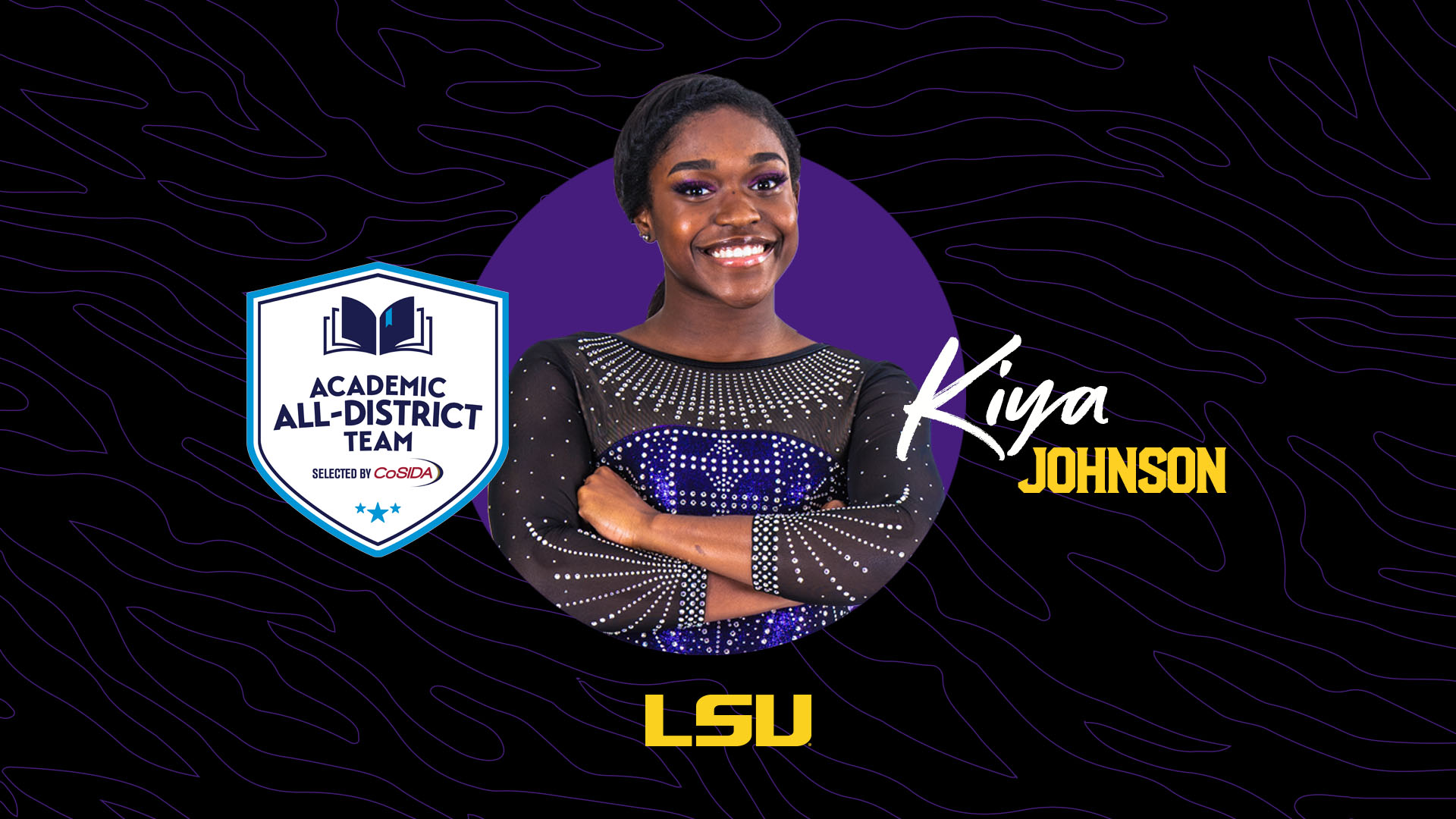 Johnson, an eight-time All-American owns a 3.63 GPA in Sport Administration. She is the reigning SEC Specialist of the Year and SEC Floor Exercise Champion and was selected as the 2020 SEC Freshman of the Year.

She was named to the 10-person District VI women’s squad that also included LSU beach volleyball’s Kristen Nuss. Selection to the all-district team moves Johnson to the CoSIDA Academic All-America ballot, which will be voted on in the coming weeks. All-America honorees will be announced in Early August.