Dan Fitzgerald, one of the nation’s top college baseball recruiters for the past nine seasons at Dallas Baptist, has been hired as LSU’s assistant coach/recruiting coordinator, head coach Jay Johnson announced Friday. 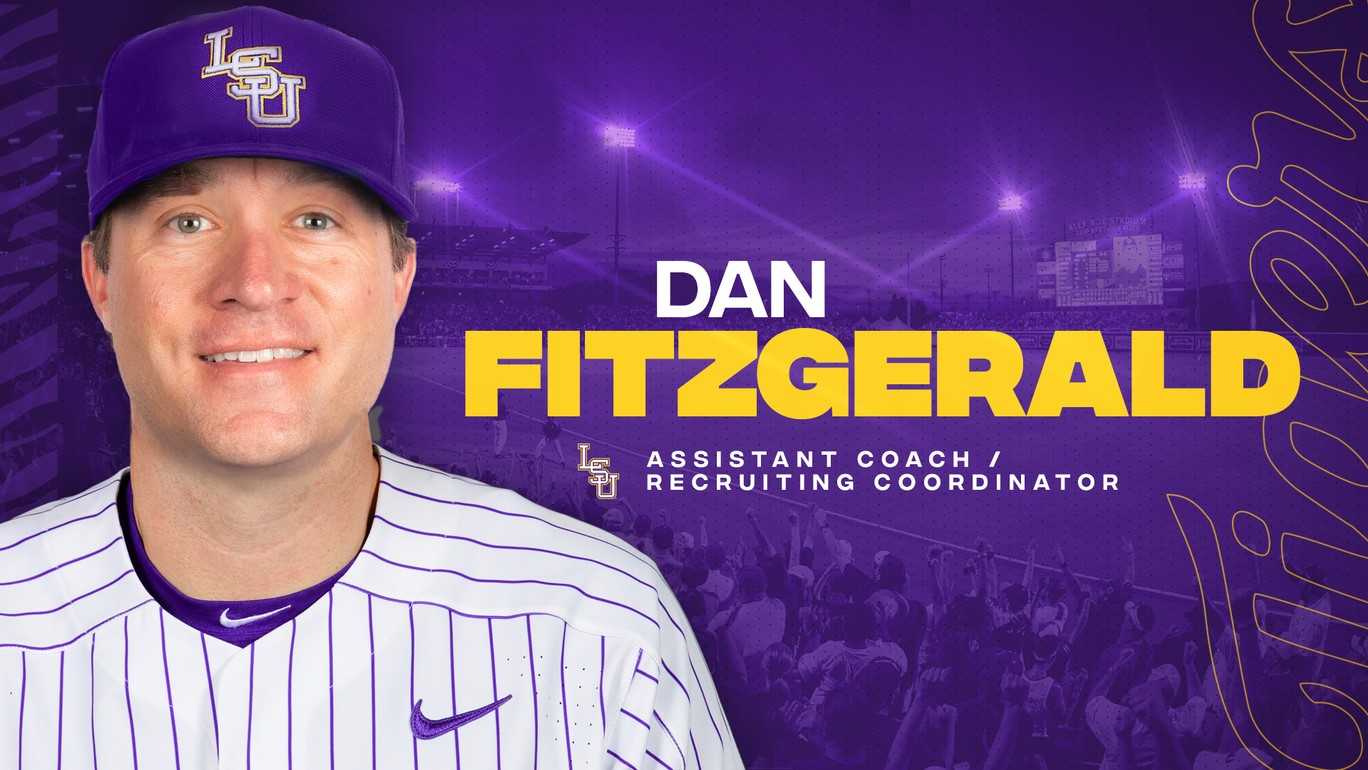 “I am incredibly excited to hire Dan Fitzgerald as an assistant coach and recruiting coordinator for LSU Baseball,” Johnson said. “Simply put, Dan is one of the top assistant coaches in the country, and he will have a huge impact on our program for years to come. Dan is one of the elite recruiters in the country, and his ability to find and evaluate elite talent will serve future Tiger teams very well.”

During Fitzgerald’s career at Dallas Baptist, the Patriots landed a league-high 69 players on the Missouri Valley All-Conference Team that were recruited and signed by Fitzgerald.  On the national level, the Patriots earned All-America honors on nine occasions, while eight freshmen were selected as Freshmen All-Americans.

Thirty of Fitzgerald’s signees at DBU have been selected in the Major League Baseball Draft, and 11 of them have been chosen in the Top 10 rounds.

In a survey of 90 head coaches conducted by Baseball America in 2020, Fitzgerald was rated No. 7 on a list of assistant coaches from across the nation that will one day make the best head coach.

“Dan is an elite coach, and he did a terrific job at Dallas Baptist of developing some of the best players in college baseball and helping them move on to the Major League Baseball Draft and professional baseball,” Johnson said. “That will continue here, as he contributes to our mission of pursuing championships and developing future Major League players. Dan is an outstanding person, and his character and work ethic will positively impact our players for years to come. This is another great day for LSU Baseball.”

Fitzgerald in 2021 helped lead Dallas Baptist to its highest final ranking in school history, as the Patriots finished No. 14. DBU completed the year with a 41-13 record and reached the NCAA Columbia Super Regional, where they fell just one win shy of advancing to the College World Series.

Fitzgerald arrived at DBU from Des Moines Area Community College in Boone, Iowa, where he was the head coach from 2008-2012.  In his five years at the helm of DMACC, Fitzgerald was awarded Coach of the Year by 13 different publications, as his Bears averaged almost 50 wins per season and advanced to the Junior College World Series on four separate occasions.

His club captured five straight conference championships and 14 players were drafted during that five-year span.  Fitzgerald saw 36 players sign with NCAA Division I programs from all over the country, and he coached nine Junior College All-Americans, including the 2009 National Player of the Year.

Fitzgerald started his coaching career at the University of Iowa in 2000, and he has also coached at Northern Iowa Community College and Flagler College. He has spent time as a head coach in top summer leagues around the country, including a stint in 2004 in Alaska as the Field Manager for Athletes in Action, the sport ministry of Campus Crusade for Christ.

A native of Edina, Minn., Fitzgerald attended and played baseball at the University of St. Thomas in St. Paul, Minn., and the University of Wisconsin-River Falls before graduating with a degree in English from the University of Minnesota in 2000.  Most recently, he earned a Masters of Education in Kinesiology from Dallas Baptist in 2016.  Fitzgerald and his wife, Kelly, have three young sons – Will, Max and Ben.