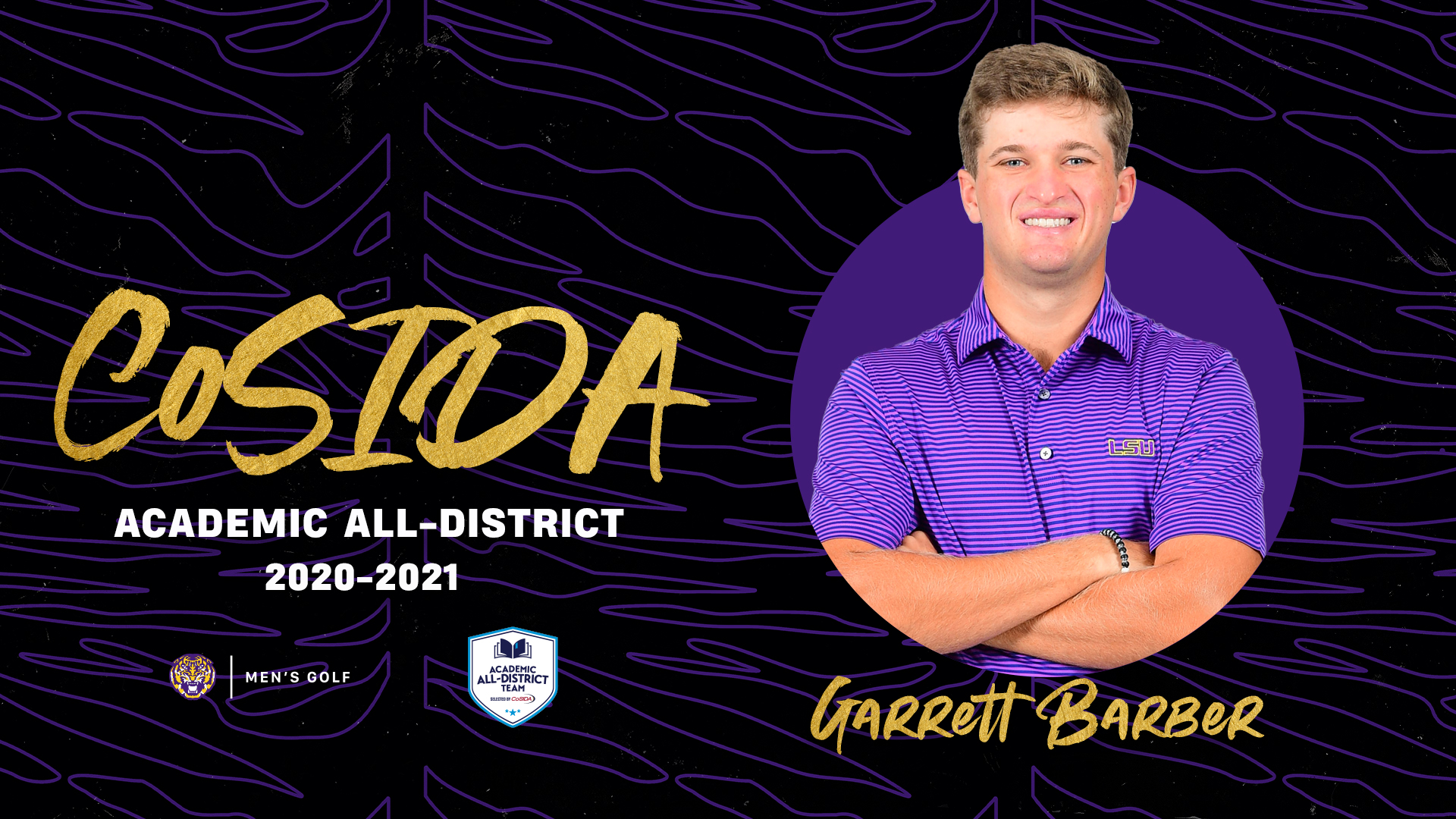 He was named to the 12-man District VI squad that also included two other LSU student-athletes on the men’s side – Ronald Hohmann (tennis) and Luca Pfyffer (swimming). Being named to the all-district team means that Barber now advances to the CoSIDA Academic All-America ballot that will be voted on in the coming weeks. Academic All-America honorees will be announced in early August.