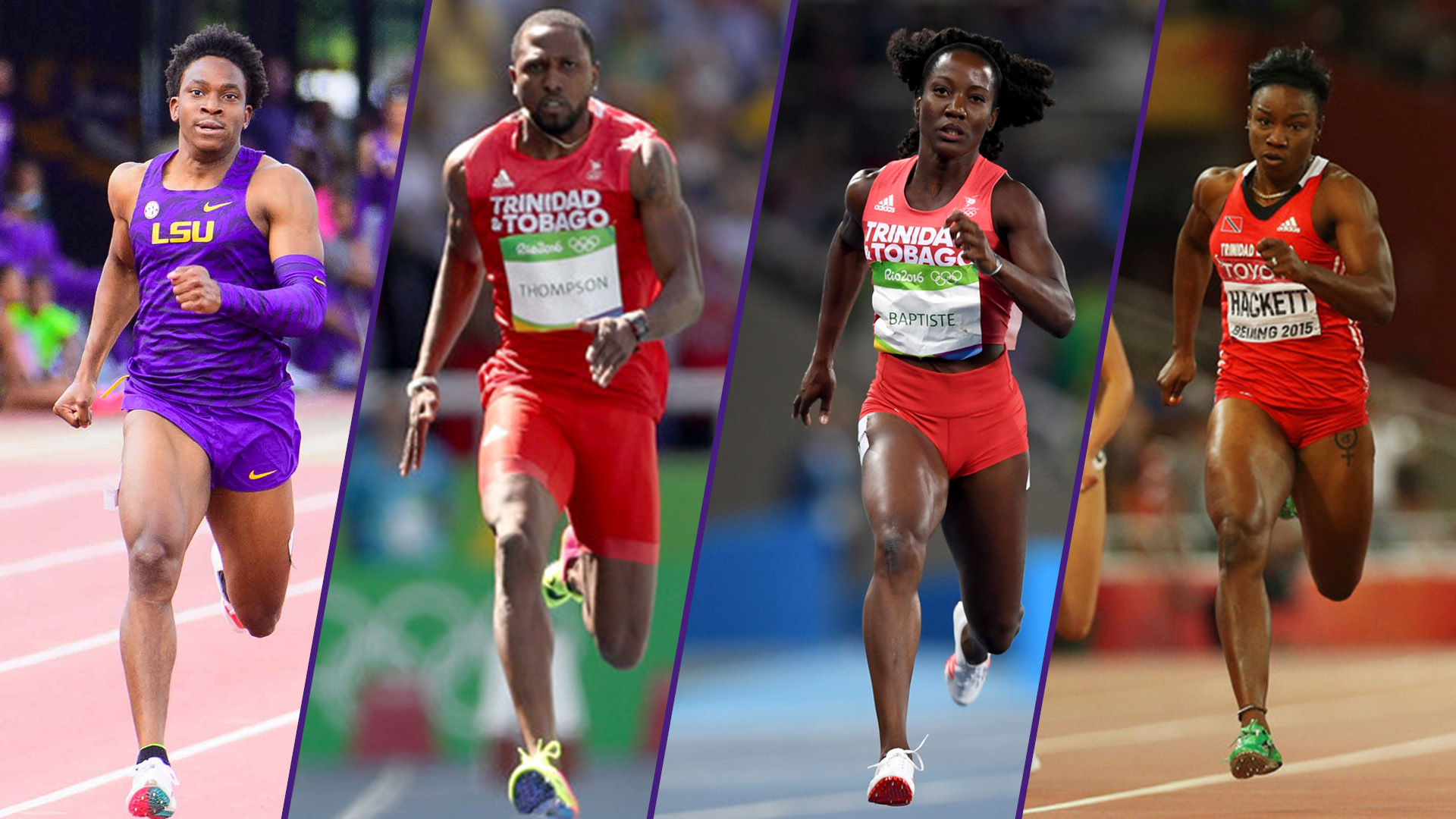 Baton Rouge, La. – The Trinidad & Tobago Olympic Committee announced the track and field roster for the Tokyo Olympics on Saturday (July 3) and four athletes with LSU ties were named to the roster. The four are Richard Thompson , Kelly Baptiste , Semoy Hackett , and Akanni Hislop .

Thompson and Baptiste will both be making their fourth appearances at the Olympics, while Hackett will represent her home country for the second time on the world’s largest stage. It will be the first time that Hislop has been selected to the senior national team.

Thompson is LSU’s most heralded Olympic athlete as he has won a total of three medals (one gold, two silvers) dating back to the 2008 Olympics in Beijing. He finished second in the finals of the 100 meters at the Beijing Olympics with a time of 9.89 seconds only crossing the finish line after one other person, Usain Bolt (9.69). That same summer he also anchored the Trinidad & Tobago 4×100 meter relay to silver behind Jamaica; but that silver turned into gold in 2017 when Jamaica was stripped of its medal after one of its runners was later found to have failed a drug test. He also anchored T&T to silver in 2012 in London in the finals of the 4×100 meter relay. Thompson is the fastest man to ever come out of Trinidad & Tobago with his personal best time of 9.82 seconds in the 100 meters, which makes him the 11th fastest man in world history.

Hislop just wrapped up his LSU career and ran the third leg of LSU’s 4×100 meter relay team that won the NCAA event title on June 11 with a time of 38.48; he racked up a total of four All-America awards dating back to 2017 at LSU. He also helped LSU win SEC event titles in the 4×100 meter relay at the 2019 and 2021 SEC outdoor championships.