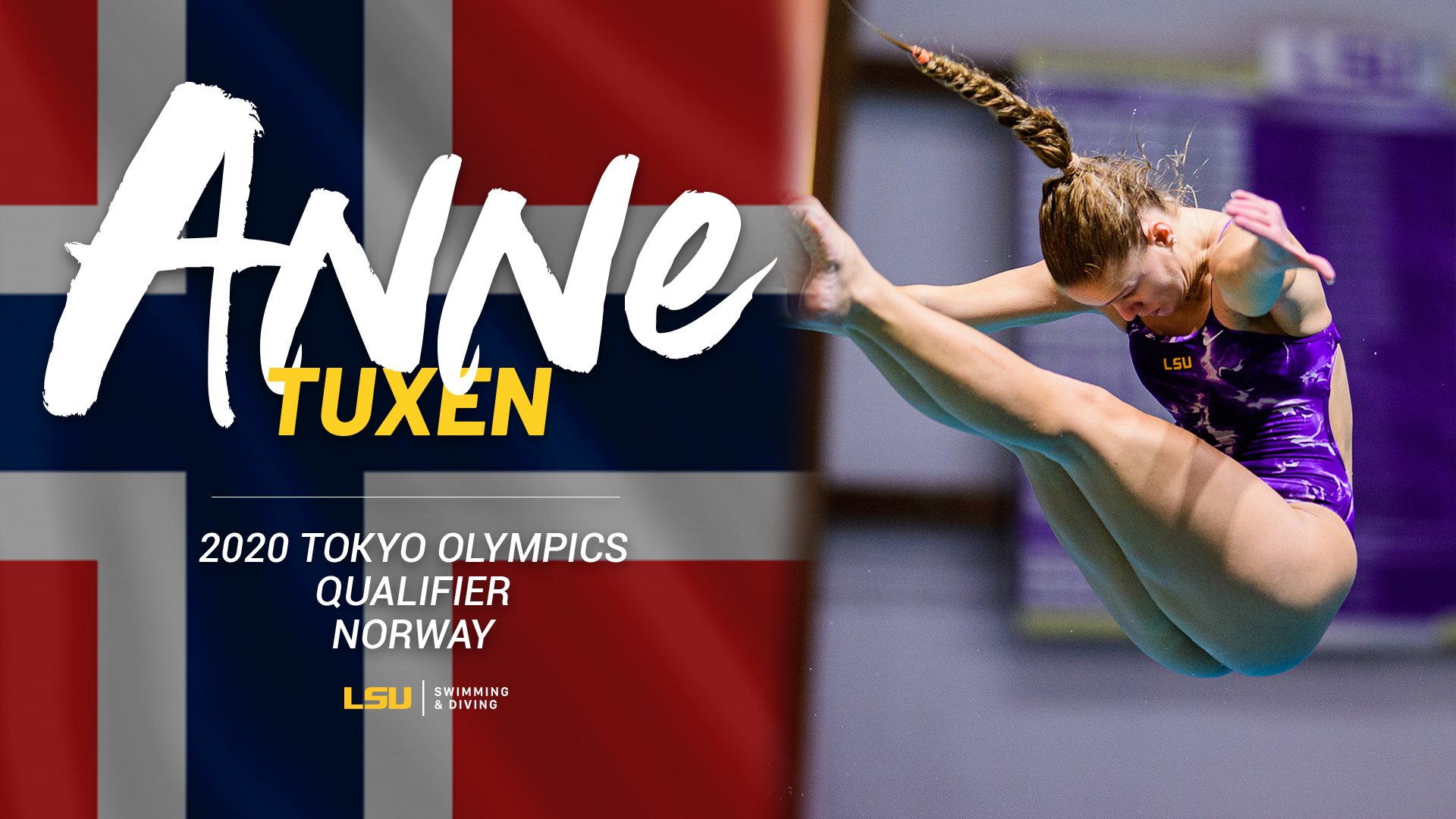 Tuxen becomes the 18th Tiger and the fourth diver in program history to qualify for the Olympic games. She joins fellow teammates Juan Celaya-Hernandez and Brooks Curry, who will represent Mexico and the United States, respectively.

Tuxen is the first female diver to represent Norway in the Olympic games since 1988.

“I’m so happy for Anne qualifying for the Olympic Games in Tokyo,” Shaffer said. “This is a quest and dream she has had her entire career. She has overcome tremendous adversity to achieve this goal and has been relentless in her pursuit. It’s truly an honor to represent Norway in the Olympics and I’m proud of her achieving this opportunity and to be a part of this journey.”

Tuxen, a native of Stavanger, Norway, came to LSU as one of the most decorated Norwegian divers. She has qualified three times for the NCAA Championships and won the first event she competed in for the purple and gold on the three-meter springboard.

The Tokyo Olympics will begin July 23 and run through August 8.