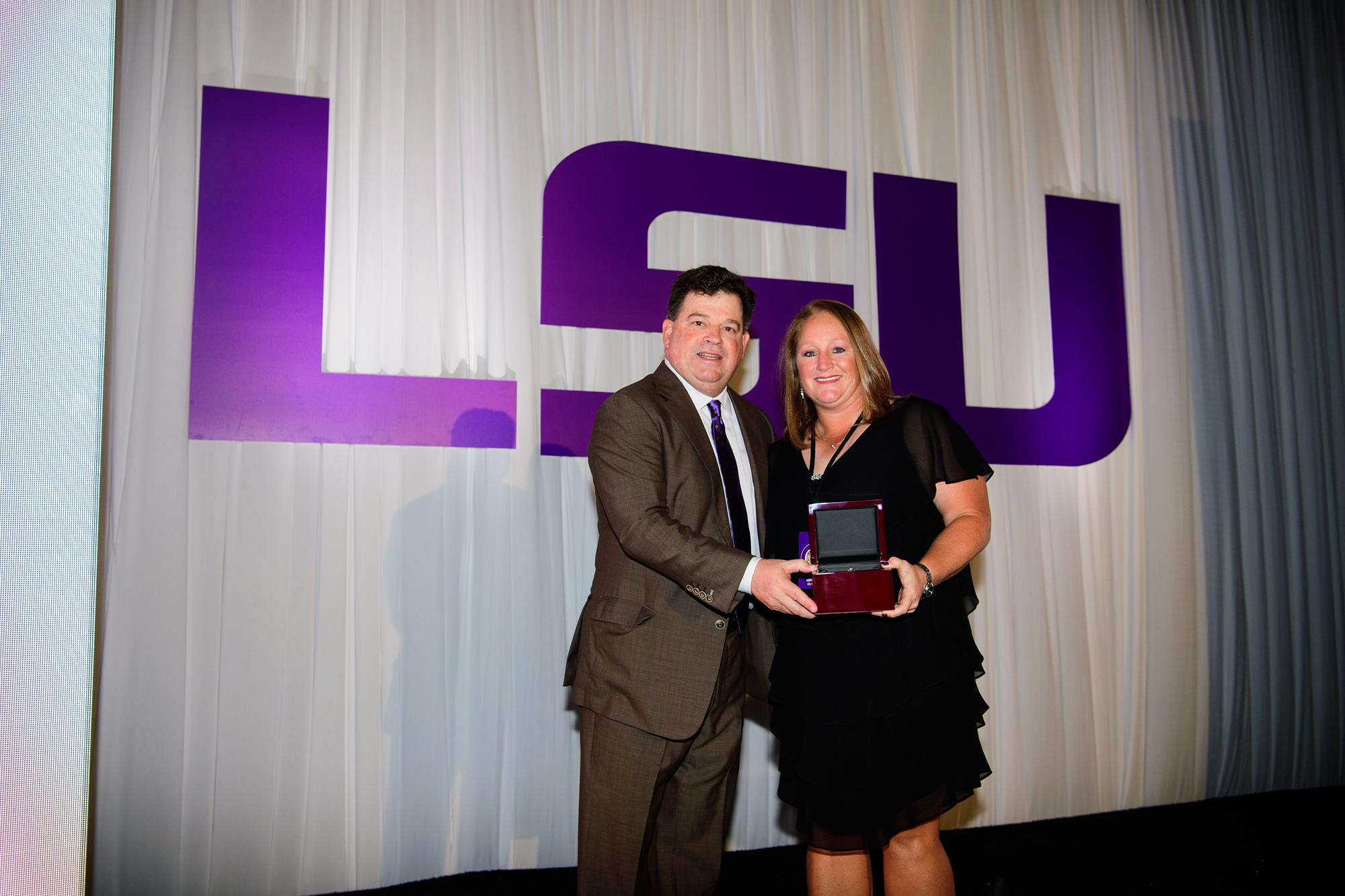 BATON ROUGE – Life is coming a big full circle for former LSU star Shreveport’s Meredith Duncan as she will return as a competitor in the LPGA’s 2021 Volunteers of America Classic starting Thursday at The Colony, Texas.

The 41-year-old former United States Women’s Amateur winner and LSU Athletics Hall of Fame member will tee off at 1:59 at the Golf Clubs at the Tribute at Old American Golf Club.

According to the LPGA web site this will be her first event on the tour since Sept. 20, 2012 when back issues finally forced her off the tour after some nine years of play.

But here she is back on the course in top level competition at least for one event, looking to nab a portion of the $1.5 million purse.

“It’s scary, but I’m not really expecting much,” Duncan told Jimmy Watson of The Shreveport Time recently. “If I win, I win, but if I don’t win anything, that’s OK too. I’m mainly looking forward to visiting with some of my friends that I haven’t seen in a while.”

Duncan saw this tournament fit into a busy schedule as the summer basketball season ends in which she is an assistant coach for Byrd’s girls’ team and in a break when nephew David Favrot wasn’t pitching for Byrd’s summer league team.

The plan was to Monday qualify, but the event the week after a major didn’t quite fill and Class A pros like Duncan were allowed to automatically enter the field.

“I was like, “oh, I better go hit some balls,'” she told The Times. “We finished basketball so I’ve been practicing, playing and doing some putting drills. My back is doing better thanks to Bates Chiropractor. I’m trying to get my body prepared.”

Duncan’s LSU career was one for the books, finishing seventh in the 2000 NCAA Championship, and then in 2001 when won three major amateur championships, including a nationally-televised win on the first hole of sudden death in the Women’s Amateur. That summer Duncan was 20-1 in matches and never trailed through the final 94 holes of play in the Amateur.

Duncan’s two-foot birdie putt on the extra hole sparked a celebration as she jumped into the arms of her father and caddie David Duncan.

In a story prior to her going into the LSU Hall of Fame in 2019 Duncan remembered that weekend: “I try to think back on it and remember what I was focused on and all I can think is that I wanted to beat everybody that I played. I recently found and watched the final round of the U.S. Amateur and watched as my Dad and I teamed up to win it. That was a very special summer having him on the bag with me every step. He passed away from pancreatic cancer in 2003, and I’m so happy we were able to spend that summer together.”

Of her time on the LPGA Tour, Duncan would say: “I had some good years and some bad years. I traveled the world, met some amazing people and learned more about myself and how to survive in good and bad times. Tour life isn’t for the weak.”

Now she is passing on that knowledge and having success as the Byrd trophy case has both boys’ and girls’ state championship golf trophies that the Yellow Jackets have claimed during her tenure.

Her teams will all be watching as the coach returns to the pro tour and wondering will one time back be enough?

“But I’m not playing for a paycheck, and nothing’s probably going to happen that will change my life going forward,” she told Jimmy Watson. “I have a real job that I enjoy, but I won’t say I won’t play again.”

The LPGA tour is televised on the Golf Channel and coverage will be each afternoon starting at 5 p.m. Thursday and Friday and 4:30 p.m. on Saturday and Sunday.