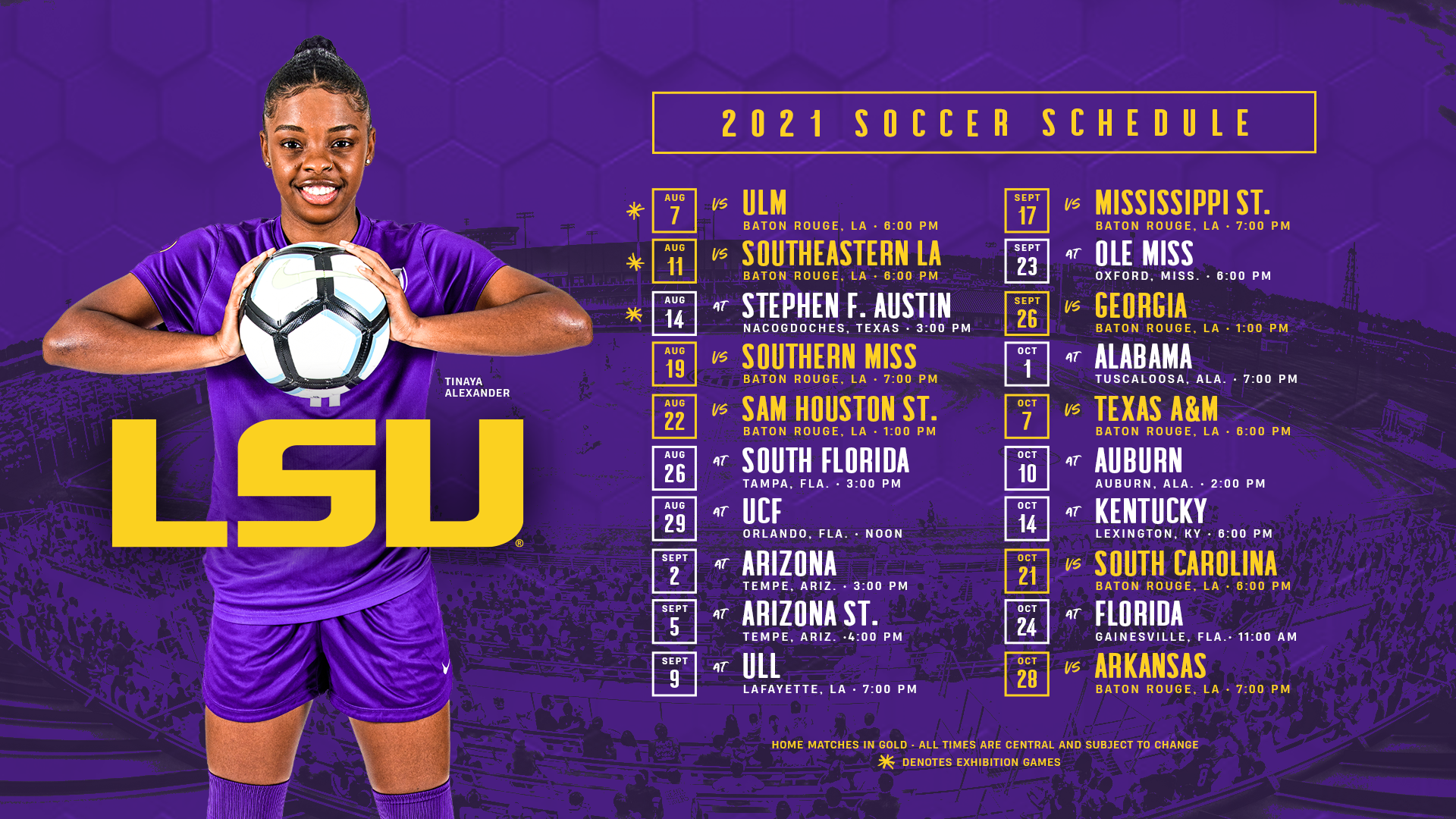 Baton Rouge, La. – The 2021 schedule for the LSU soccer program has officially been released and will feature 17 regular season contests for the Tigers, including a total of seven matches in Baton Rouge.

The Tigers will be entering year No. 2 under head coach Sian Hudson. Under her direction in year one, LSU accumulated a record of 8-8-3 including wins in six of their final eight contests to close the season. LSU returns a large majority of the 2020-21 squad that grew stronger throughout the season, and the Tigers have also added several key pieces to the roster via the transfer portal.

The season will begin with three exhibitions, two of which will be contested in Baton Rouge. LSU will welcome ULM (August 7) and Southeastern Louisiana (August 11) to LSU Soccer Stadium before playing their final friendly of the preseason on August 14 against Stephen F. Austin in Nacogdoches, Texas.

LSU’s first seven games of the season will feature nonconference action before the Tigers get into their 10-game conference schedule in the SEC. The season will open with back-to-back home games on August 19 and 22, as the Tigers welcome Southern Miss and Sam Houston State to Baton Rouge. A five game road swing will follow with contests at South Florida (August 26), Central Florida (August 29), Arizona (September 2), Arizona State (September 5), and ULL (September 9). The Sept. 2 match versus Arizona will be played as a neutral site match in Tempe, Arizona.

The Tigers open up conference play with a pair of Mississippi foes. Mississippi State will come to Baton Rouge on September 17 for the first home conference match of the year; other SEC home contests are against Georgia (Sept. 26), Texas A&M (Oct. 7), South Carolina (Oct. 21), and Arkansas (Oct. 28).

The SEC Tournament will begin on Oct. 31 with first round action and will run all the way through Sunday, November 7. The first round of the NCAA Tournament is scheduled for the weekend of 12-14.