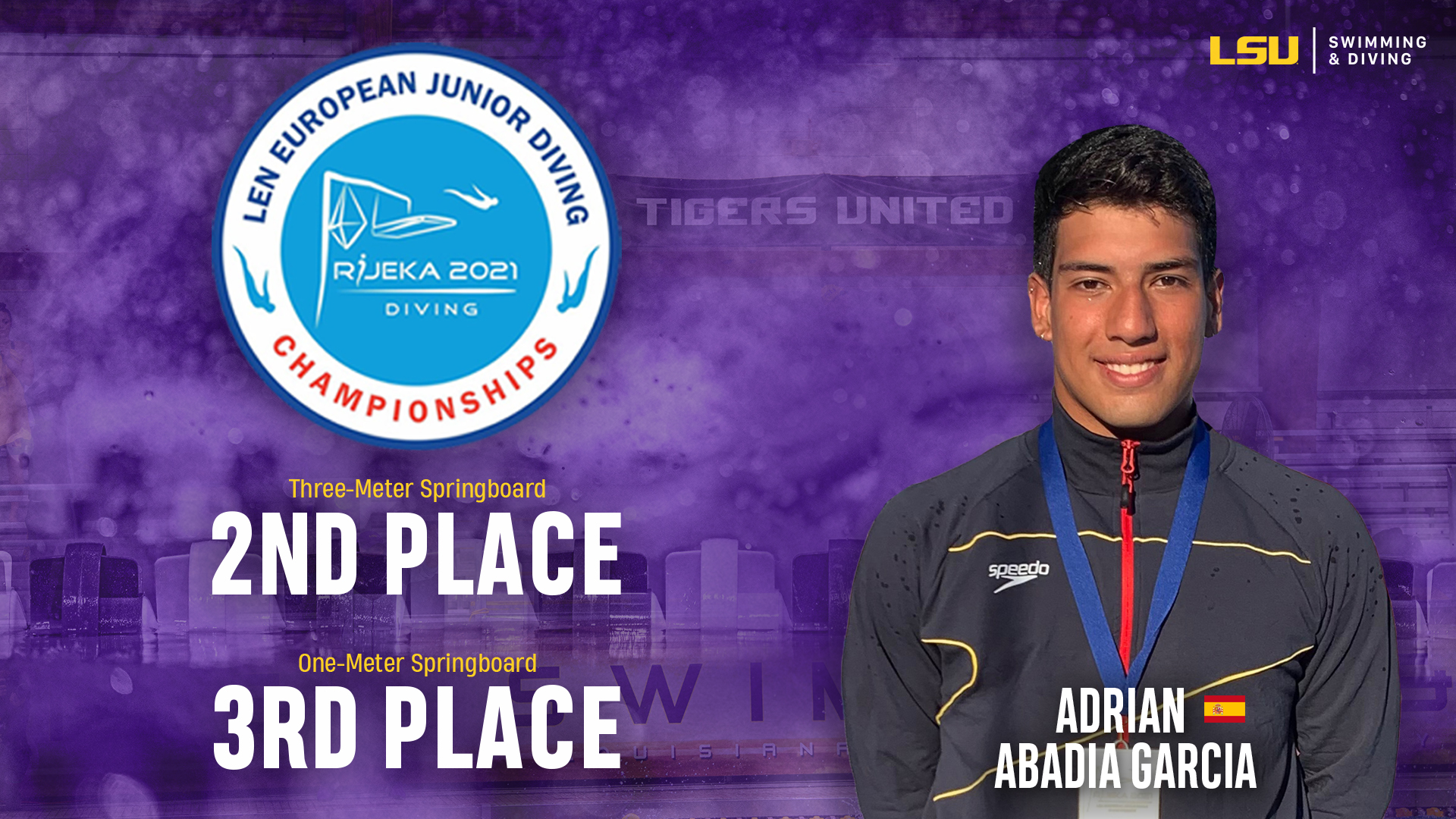 Garcia competed and secured a spot in the final for two events. In the prelims, he scored a 454.55 on the one-meter springboard and 498.05 on the three-meter springboard. In both instances, his score netted him second place, which qualified him for the final.

Garcia, a representative of Spain in this event, went into the final and finished in third and second, respectively. In the one-meter springboard final, he earned a 472.45 score and outdid his three-meter springboard prelim score by more than 40 points, earning a 539.10.

“What a terrific result for Adrian at the European Junior Championships,” LSU diving coach Doug Shaffer said. “He’s a fierce competitor and I know he is happy with this success on the international stage.”

The Ligue Européenne de Natation (LEN) has showcased the up-and-coming stars of the pool since 1926. With more than 1.5 million athletes registered to participate in the program, 65% of the participants are under the age of 18.

“I’m excited for him,” continued Shaffer, “and this brings a wealth of experience into his freshman year this fall.”