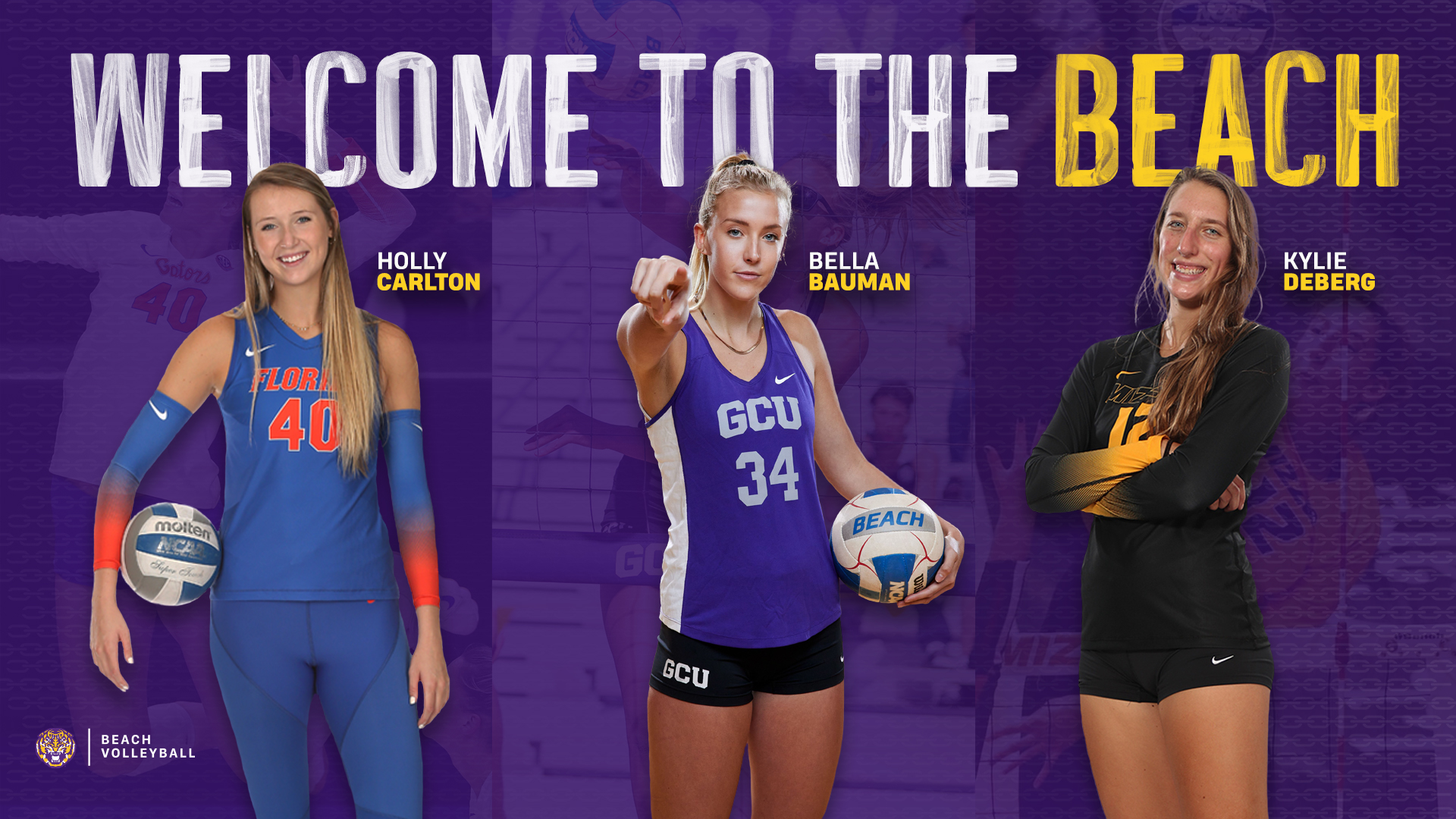 Bauman has one more year of eligibility because of the shortened 2020 season and she comes to LSU with 55 career victories in the sand. She will be expected to make an impact at the net as a blocker for the Tigers.

The Wheaton, Ill. native has experience competing on Court 1 at GCU and has been on the USA Beach Volleyball Collegiate team before. At the 2019 U21 World Championships in Udon Thani, Thailand, Bauman finished in ninth place.

“Bella has been a great beach player for a long time,” Brock said. “We recruited her as a junior and are glad to finally have her join us for her last year of eligibility. She is an established blocker with tons of collegiate and tournament experience. Bella’s experience and ability will be a huge addition to our program.”

Carlton will be making the transition from indoor to beach volleyball career after a successful career at Florida. Standing at 6-7, she has the potential to become a physical nightmare at the net for opposing players. Her 2018 season saw her earn AVCA All-America Honorable mention after she led the Gators in kills and points with 302 and 390, respectively. She compiled 753 kills and 257 total blocks throughout her career. After playing as a right side and setter at Florida, developing the defensive side of her game will be key as she starts to focus solely on beach volleyball.

A native of Sterline, Va., Carlton also has had some experience playing beach volleyball after competing in some high-level tournaments last summer.

“We are so excited to add Holly to our team,” Brock said. “She is a unique player with a special blend of height, ball control, experience, leadership, offensive and defensive ability. Holly has been investing in her beach volleyball skills over the past few years and we can’t wait to watch her grow as she gets to train on a daily basis. We are so fortunate to have the opportunity to have Holly impact our program on and off the sand this year.”

Deberg, who will play indoor volleyball at LSU this fall as well, has been a force at Missouri as a three-time All-American. She led the SEC in kills (433), points (505), kills per set (4.76), points per set (5.55) and aces per set (0.46) during the past season. She ranked third in the country in total kills, points and aces, sixth in kills per set and fifth in points per set. Deberg also eclipsed the 20-kill mark in 10 matches last season and compiled eight double-doubles in the shortened season.

The Hudson, Iowa native spent three seasons at Missouri where she evolved into becoming one of the conference’s premier players as a three-time All-SEC selection. She holds multiple career records at Missouri in kills per set (4.31) and points per set (5.11). She also finished ninth in career kills at Missouri (1,382), third in service aces (150) and ninth in total points (1,639.5) despite only being there for three seasons, having played her freshman season at Illinois.

“Kylie brings an unprecedented resume from the indoor side,” said Brock. “She has proven her ability and will be a force at the net both offensively and defensively. Her passionate and intense leadership will be a great addition to our family and will give her the opportunity to grow quickly into her beach game.”