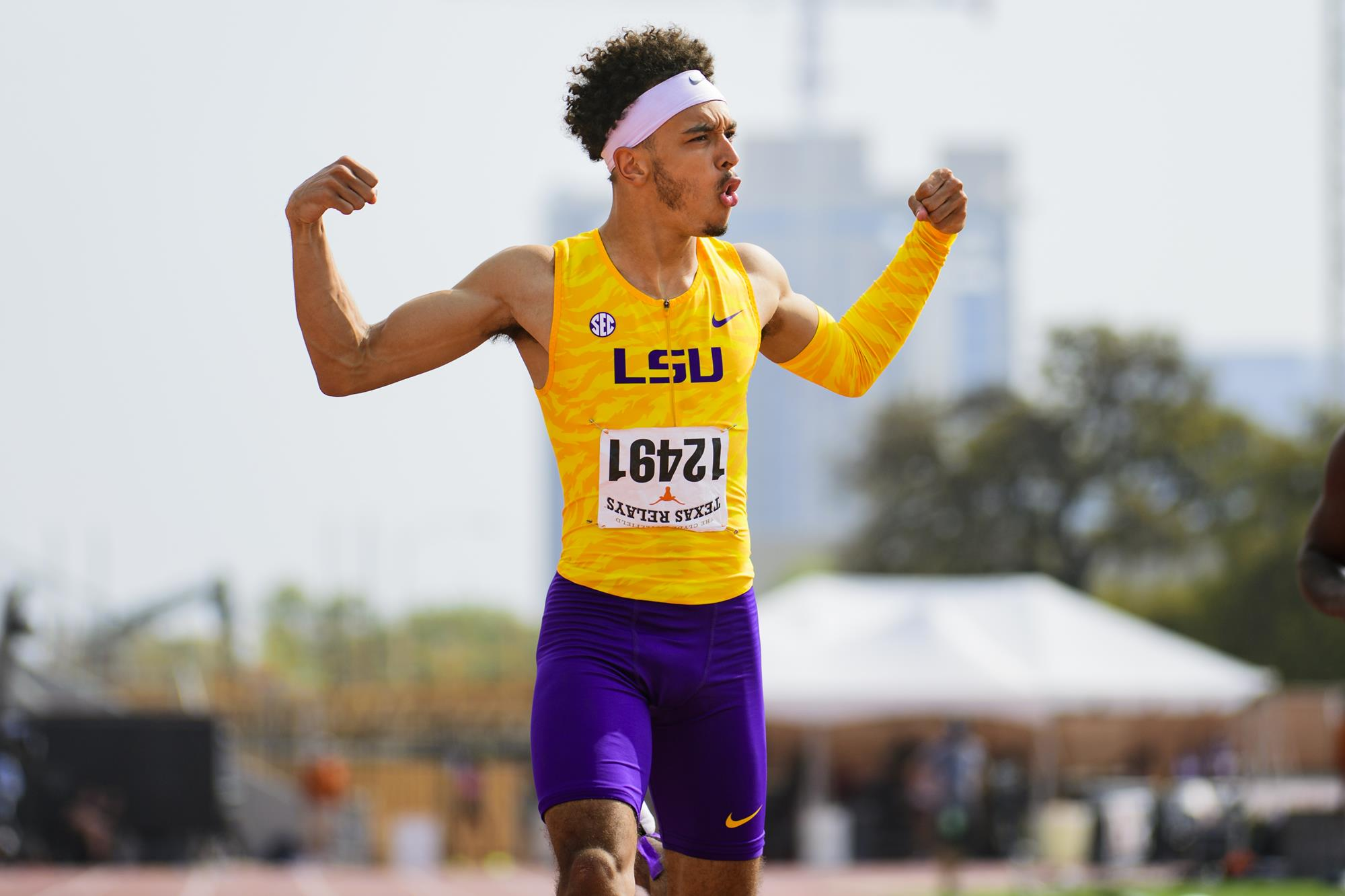 Laird was just named the 2021 U.S. Track & Field and Cross Country Coaches Association Outdoor Track Athlete of the Year earlier this week after his scintillating performances during the outdoor season; he’s also one of 10 semifinalists for The Bowerman. You name, and he’s pretty much accomplished it on the collegiate level. He completed the sprint triple at the SEC meet after winning the 100 meters, 200 meters, and 4×100 meter relay.

A lightning bolt out the blocks, Laird has put the world on notice with his performances this year in the 200 meters. He’s run the two fastest wind legal times of the year in the 200 meters, a 19.81 at the Texas Relays in late March and a 19.82 at the SEC Championships in mid-May. The 19.82 at SECs broke Justin Gatlin’s meet record. He also owns a wind-aided time of 19.82 seconds (+2.4 meters per second) that he clocked at the LSU Alumni Gold meet in late April.

A native of Coatesville, Pennsylvania, Laird has been an absolute pleasure to have on the LSU track and field team. He arrived in January of 2020 and left his mark on the program. He’s made those around him better, he’s pushed the limits, he’s shown that hard work pays off, and he’s a true student of the game. We look forward to him representing LSU on the world stage for years to come.