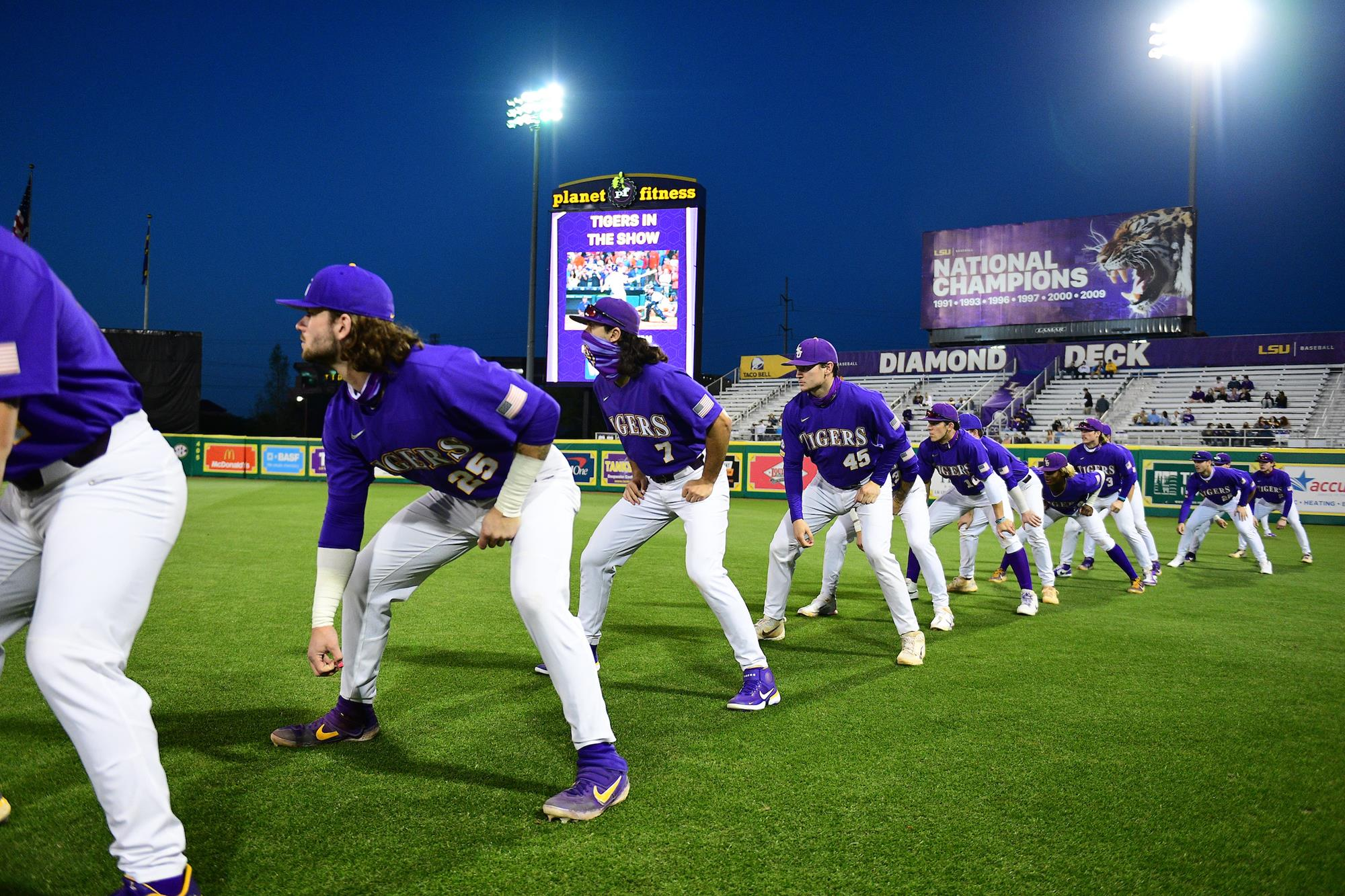 The teams meet in the series finale at 2 p.m. CT Saturday in Alex Box Stadium, Skip Bertman Field. The contest will be streamed on SEC Network +, and it can be heard on affiliates of the LSU Sports Radio Network.

Leiter (7-0) limited LSU to two runs – one earned – on three hits in six innings with three walks and 12 strikeouts. His streak of 20.2 consecutive hitless innings was ended in the fifth inning on a lead-off single by LSU second baseman Collier Cranford, who later scored on a groundout by centerfielder Will Safford.

LSU starting pitcher Jaden Hill (2-3) had to leave the game in the second inning due to an arm injury. Hill was charged with three runs – two earned – on two hits in 1.1 innings with two walks and two strikeouts.

“We’re going to wait until Monday and let the doctors evaluate Jaden’s injury,” said LSU coach Paul Mainieri. “They’re going to do some tests and obtain a specific diagnosis. We’re going to be optimistic and hope for the best. It’s so heartbreaking to see this happen to a young man who has so much at stake. I just couldn’t believe it, and the game obviously become a secondary thing for me at that point.”

Vanderbilt collected 13 hits on the night, including a three-run homer by shortstop Carter Young and a two-run dinger by leftfielder Jack Bulger.

Designated hitter Spencer Jones was 4-for-5 on the night for the Commodores with one RBI and two runs scored.

Vanderbilt reliever Nick Maldonado was credited with his second save of the season after allowing no runs on one hit over the final three innings.