SEC Softball Teams Go “All For Alex” This Saturday 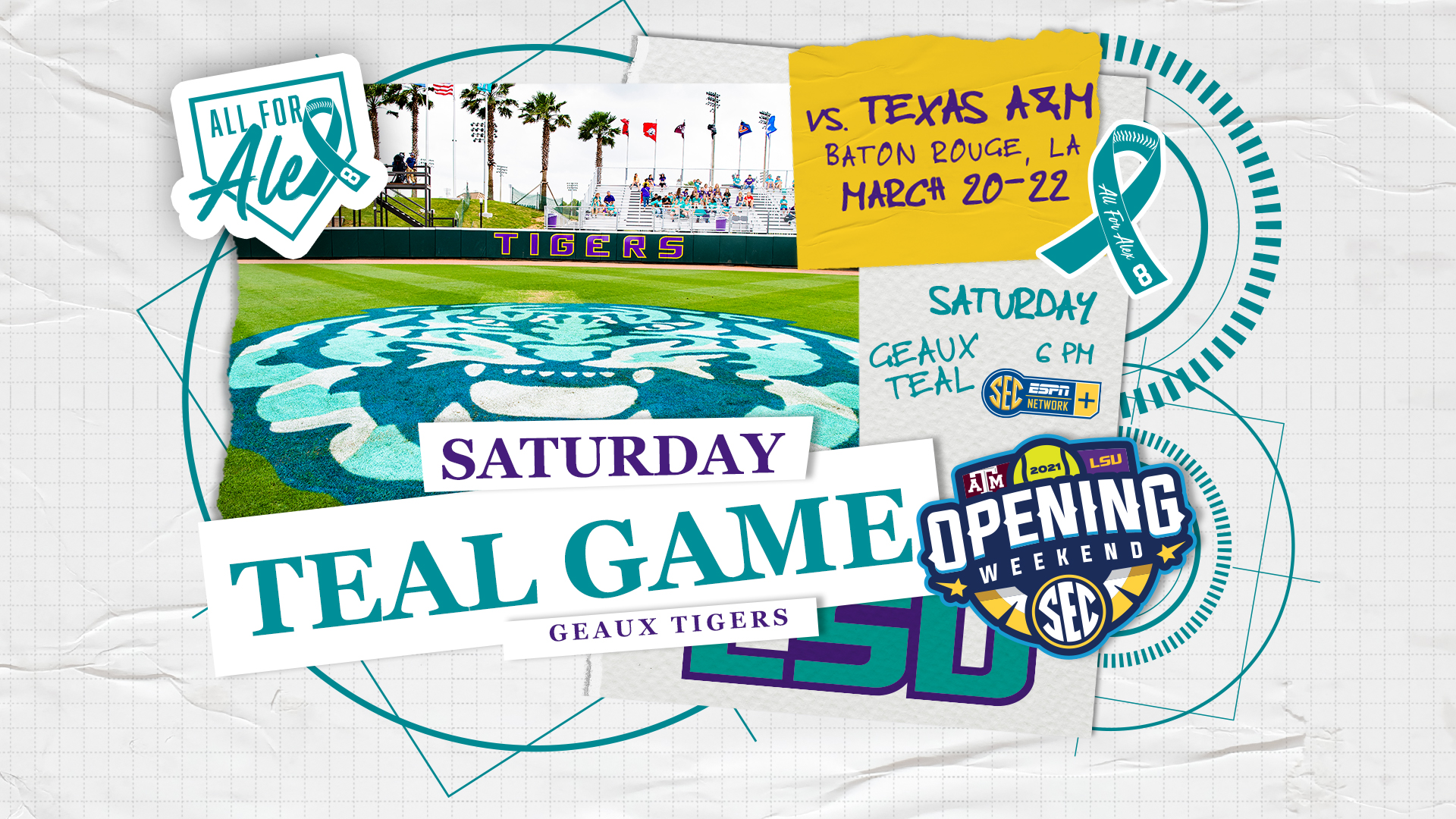 BATON ROUGE – It will be a special Saturday around the SEC and in Tiger Park as the SEC softball community will be united when all 13 teams participate in the “All for Alex” campaign to honor the legacy of Mississippi State’s Alex Wilcox.

Wilcox was a member of the 2018 Mississippi State softball team who inspired the nation with her courageous fight against ovarian cancer. That fight ultimately took her life in the summer of 2018.

The 13 SEC schools will join together to wear teal or teal accents on Saturday as the entire league recognizes her impact on the softball community nationwide and in the fight against ovarian cancer. The campaign is a joint effort of LSU head coach Beth Torina and MSU head coach Samantha Ricketts and was approved at the SEC coaches’ meetings in the fall of 2019.

“This cause means so much to me, my family and all of SEC softball,” said Torina. “It’s going to be a very special day where all of our softball teams are united together to honor Alex and spread awareness of ovarian cancer to help save lives of other women throughout the country.

The Geaux Teal Ovarian Cancer Awareness Foundation has provided each school with an All for Alex shirt to be worn by teams and their respective staffs during pregame warmups. Videos will be played throughout each stadium on Saturday.

MSU immortalized Wilcox on Sept. 15, 2018 when the university retired her No. 8 jersey, making her the first female student-athlete in Mississippi State history to receive the honor. All 13 SEC softball teams were awarded the league’s Sportsmanship Award in 2018 for their united support of Wilcox throughout her final year of competition.

The Tigers play host to Texas A&M for the three game series this weekend, March 20-22. Saturday’s game is set to start at 6 p.m. and will stream live on SEC Network+. Sunday and Monday’s games will be 5 p.m. and 6 p.m. respectively, and both will air live on SEC Network.

Below is a schedule of games around the league as well as the scheduled television networks.