Beach Ready For Another Top-Two Showdown in Tiger Beach Challenge 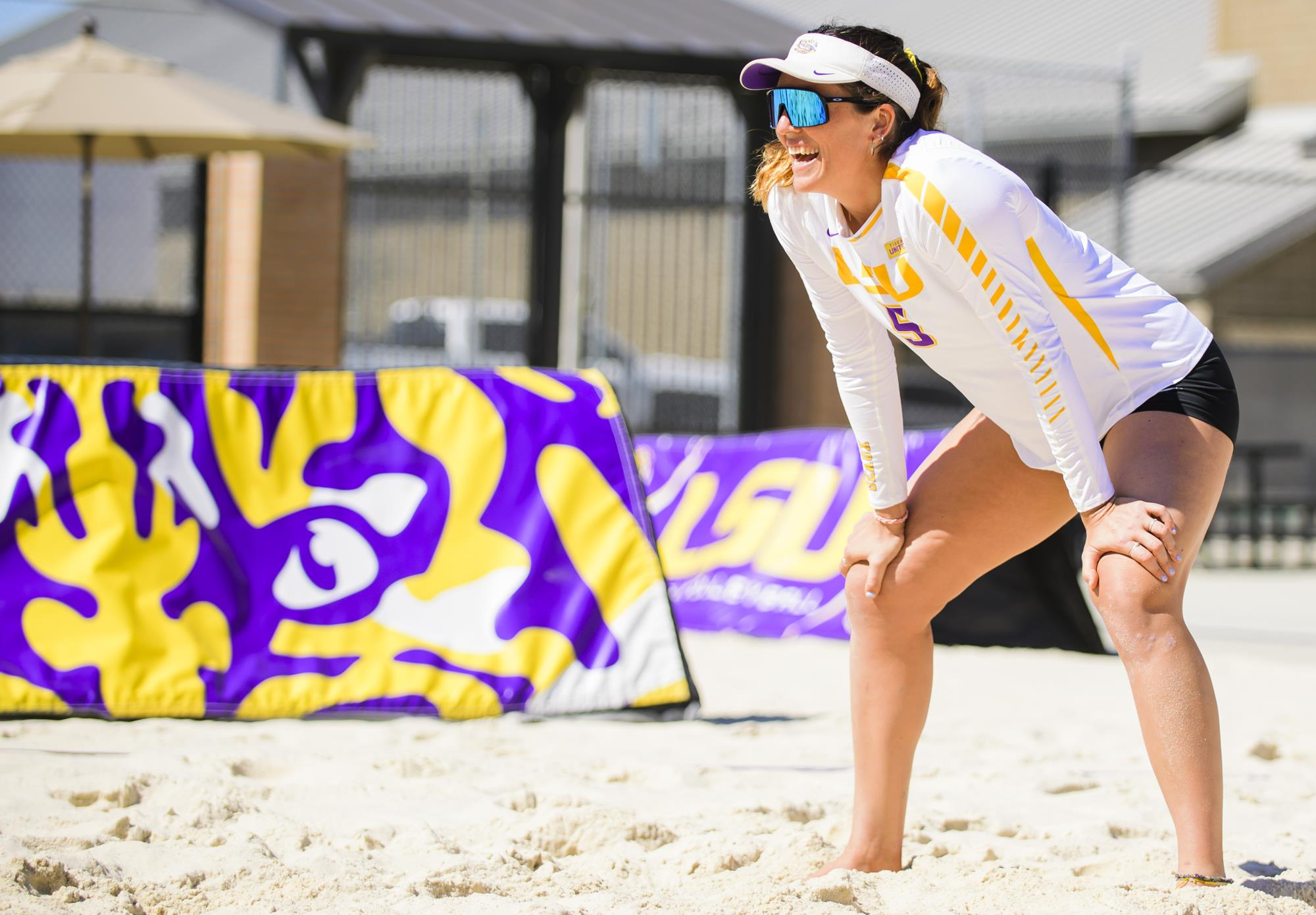 It’s here to stay, too. The Tigers are just getting started.

For the second consecutive season, there will be a 1 vs. 2 showdown in the sand in Baton Rouge as LSU hosts the Tiger Beach Challenge this weekend, highlighted by a clash with second-ranked Florida State on Saturday. Every match will air on Cox Sports Television.

For the second year in a row we will have a No. 1 vs. No. 2 matchup in Baton Rouge! pic.twitter.com/1Zfsr3tEjB

If it feels familiar, that’s because it is. Not only is this the second top-two match to be hosted at LSU in as many years, but last year’s match against then top-ranked UCLA was scheduled in week two as well. Getting battle tested early is something the Tigers feel is key to get to where they want to be in the end.

“Obviously, we want to play great teams,” said head coach Russell Brock. “We invited some great programs to come and play and thankfully they were able to work that travel out. We absolutely tried to schedule the best competition we could possibly face for our home events.”

The atmosphere inside LSU Beach Volleyball Stadium last season — specifically during that UCLA match — was something not many around the program will forget. Yes, it won’t be as loud or as full when the Tigers face Florida State on Saturday, but home field advantage is not something they will take for granted ever again.

“Honestly, I just remember it being a heaven on Earth moment,” said senior Kahlee York on last year’s UCLA match. “It was an unbelievable high getting to play in an environment like that, surrounded by so many fans. As beach volleyball players, we don’t get that opportunity often. The intensity was crazy.”

From incredible highs, to incredible lows, the Tigers were sidelined just weeks later and the season was canceled due to the coronavirus pandemic. LSU did finish the season ranked No. 1, but they also had unfinished business to take care of. That’s squarely on the mind of this team for this 2021 season.

They’re hungry. They’ve got hardware on their mind. And they’re ready to feast. Watch out.

“When everything got canceled, it was truly heartbreaking,” York said. “There was so much uncertainty, especially with us gearing up all week, ready for another strong weekend. For it to end like that was really hard, but for us, it’s exciting that we’re back and ready to pursue another title.”

For senior Toni Rodriguez, there’s no debate. It’s an easy argument. LSU Beach Volleyball Stadium is the best venue the sport has to offer. The way the stadium is built makes it as intimidating an environment as there is in the country. No wonder they call it Death Volley.

“This stadium is the best in the country, hands down,” said Rodriguez. “It’s amazing. People want to experience this atmosphere and this stadium that’s been built.”

LSU Beach Volleyball Stadium will have limited general admission seating options for the remainder of the season.

Single-match vouchers will be available for each match on a limited basis an hour and a half prior to first serve.

It says something about the program that Baton Rouge has seemingly become center stage for the sport. This is Louisiana, not California, where there are bayous, not beaches. You need something special to be able to do that, and something special has been brewing for years.

It goes even further than that, too. Ultimately, LSU fans love to support a winner, and that’s exactly what this beach volleyball program has become. The fan base has wrapped its arms around the team, and the players have felt it in a big way.

“It’s pretty amazing,” Rodriguez said on the support. “This sport is continually growing, but to have it become so big this past year. Playing last year vs. UCLA, I felt like our community was amazing and created an atmosphere that helped us get that win. We owe it to them just as much as us taking down that No. 2 team.”