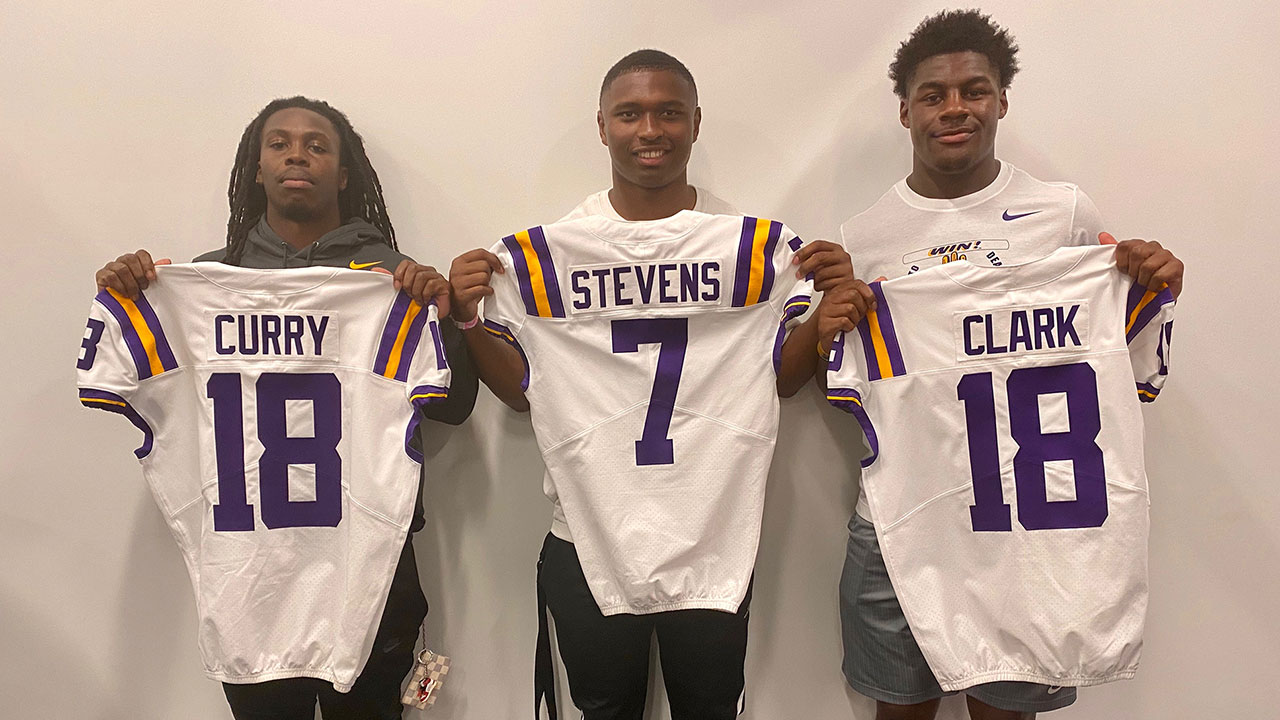 BATON ROUGE – Sophomore running back Chris Curry and junior linebacker Damone Clark will wear the coveted No. 18 jersey for the Tigers this year, head coach Ed Orgeron announced to the team on Friday evening.

Curry, who is in his third year with the Tigers, has patiently waited his turn in what has been a loaded LSU backfield since his arrival on campus in 2018. Curry, a redshirt sophomore from Lehigh High School in Lehigh Acres, Fla., has played in 18 games with one start during his career. His lone start came in LSU’s national semifinal win over Oklahoma in the 2019 Peach Bowl as he filled in for an injured Clyde Edwards-Helaire and rushed for 90 yards on 16 carries in helping the Tigers to a 63-28 win over the Sooners.

Clark, a native of Baton Rouge and a product of Southern Lab, has played in 28 games with three starts during his career. Clark, who will start at middle linebacker for LSU in 2020, has 51 career tackles to go with 4.0 tackles for loss and 3.5 sacks.

Both players now join an elite group of No. 18s at LSU, a tradition that was born in 2003 when quarterback Matt Mauck led the Tigers to their first national title in football since 1958. Mauck’s No. 18 became synonymous with success – both on and off the field – as well as a selfless attitude that has become the epitome of being an LSU football player.

After his final season at LSU, Mauck passed the No. 18 jersey down to running back Jacob Hester, who later led the Tigers to another national title in 2007.

Most recently, center Lloyd Cushenberry and linebacker K’Lavon Chaisson wore No. 18 a year ago, leading the Tigers to a 15-0 mark and the national championship. Cushenberry is now the starting center for the Denver Broncos, while Chaisson was a first round NFL Draft pick in 2020.

The No. 18 LSU jersey is on display in the College Football Hall of Fame in Atlanta.

Here’s a complete list of the former players to wear No. 18