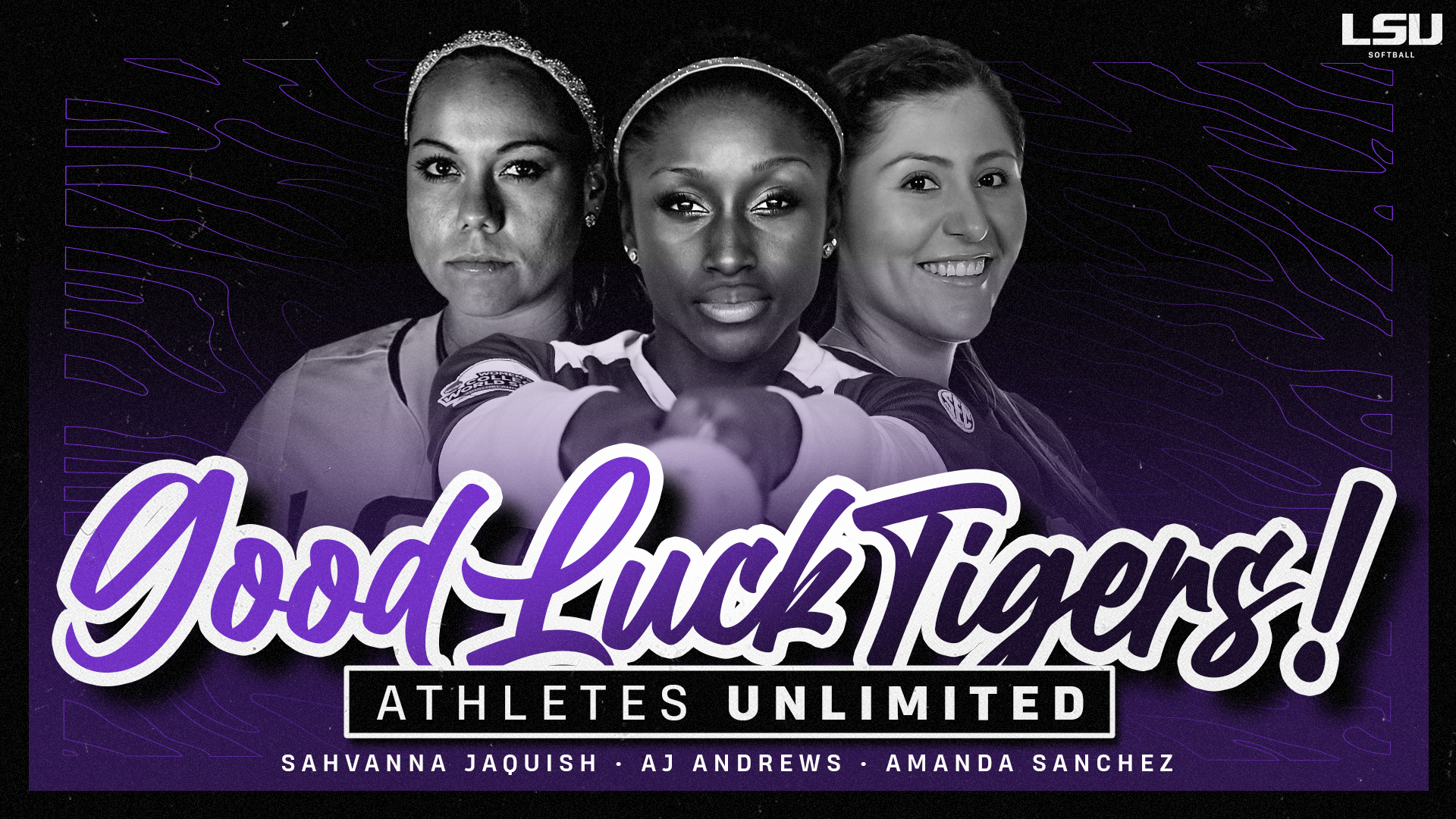 Athletes Unlimited is a network of new professional sports leagues where athletes compete in fantasy-inspired games. All athletes will be drafted and play and compete according to a point system that includes team performance, individual stats and game MVPs. Teams will change weekly and every play is an opportunity to win. For more information on the new model, click here.

A total of 56 athletes will participate among the new model. Andrews and Jaquish were drafted to the Blue Team, while Amanda Sanchez will compete for the Gold Team in this first week.

They match up against each other in the first game of the six-week schedule on Saturday at 3 p.m. CT on ESPN2. Click here for a full schedule.

Andrews played for the Tigers from 2012-15 and was a part of two Women’s College World Series teams. She became the first woman to receive the Rawlings Gold Glove Award in 2016 after being drafted to the Akron Racers in the National Pro Fastpitch league.

Jaquish, the first four-time All-American for the Tigers, played for LSU from 2014-17. She compete in three consecutive Women’s College World Series and still hold various record for the Tigers.

Sanchez transferred to LSU in 2018 and competed for the Tigers in the 2019 season. The Second Team All-American was a vital member of the offense, contributing nine home runs and a .354 batting average to go along with 54 RBI.