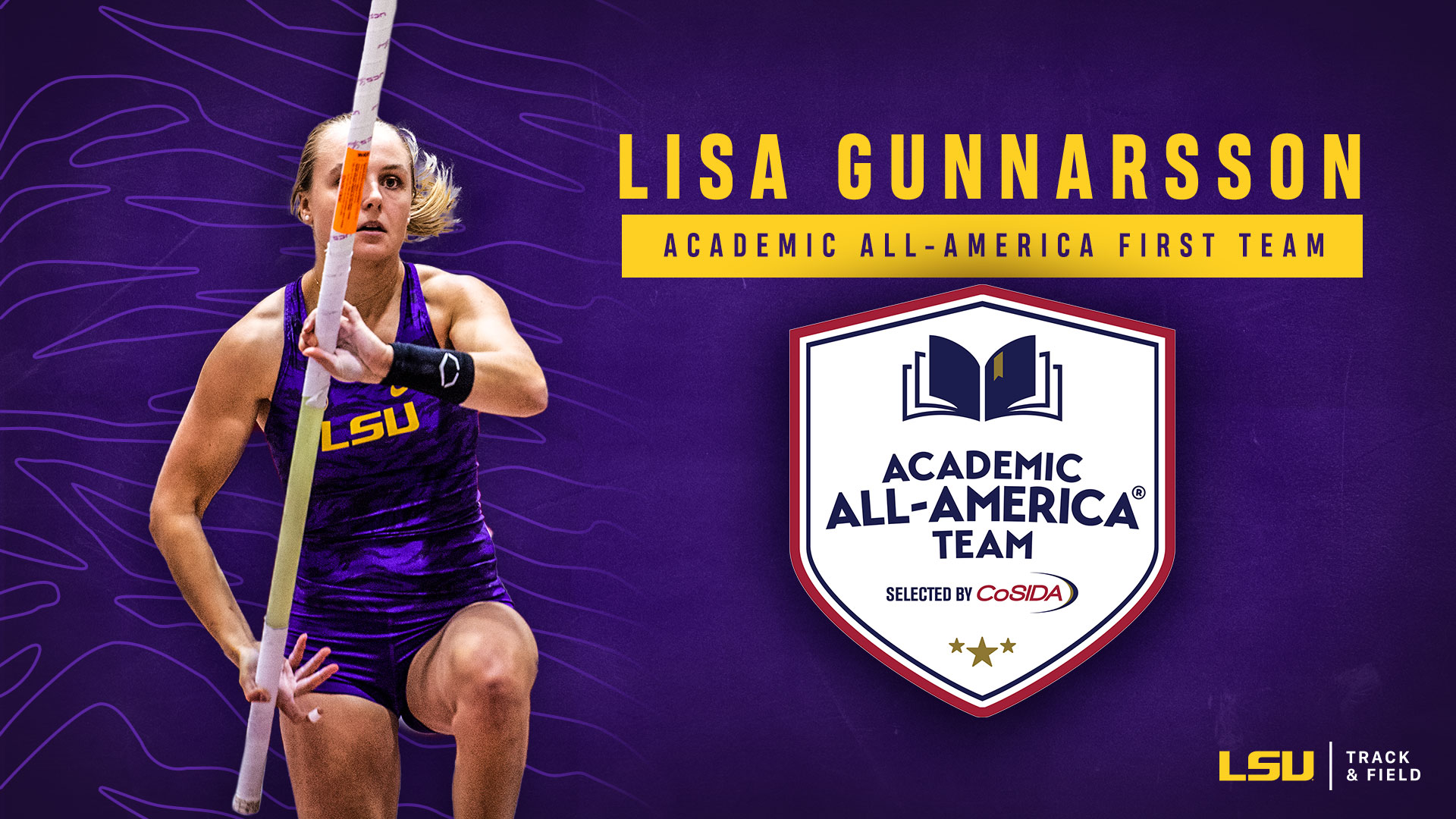 Baton Rouge, La. – LSU track and field pole vaulter Lisa Gunnarsson has been named to the CoSIDA Academic All-America First Team as announced by the College Sports Information Directors of America on Thursday.

Gunnarson is the second woman in program history to earn First Team Academic All-America honors joining the likes of Laura Carleton, who achieved the feat in 2013. The 2020 CoSIDA Academic All-America Track and Field team recognizes the nation’s top student-athletes who excel both in the classroom and in competition. A total of 15 women were named to the first team from universities at the Division I level across the nation.

A mechanical engineering major, Gunnarsson owns a GPA of 4.203 at LSU since enrolling in the fall of 2018. She was a 2019 U.S. Track & Field and Cross Country Coaches Association academic honoree as well.

Gunnarsson won the 2020 SEC pole vault title with a clearance of 14′ 7.50″ (4.46 meters) in late February at the SEC Championships becoming just the second woman in school history to achieve the feat. She won two other titles in 2020 in the pole vault with wins coming at the LSU Purple Tiger (14′ 7.25″) and the Pole Vault Summit (14′ 9″). Gunnarsson owns the indoor school record with a clearance of 14′ 9.50″ (4.51 meters) that she registered in 2019 at the Razorback Invitational; she ranks No. 2 on the LSU outdoor list in the pole vault.