For Kelvin Sheppard, All Roads Lead Back to LSU 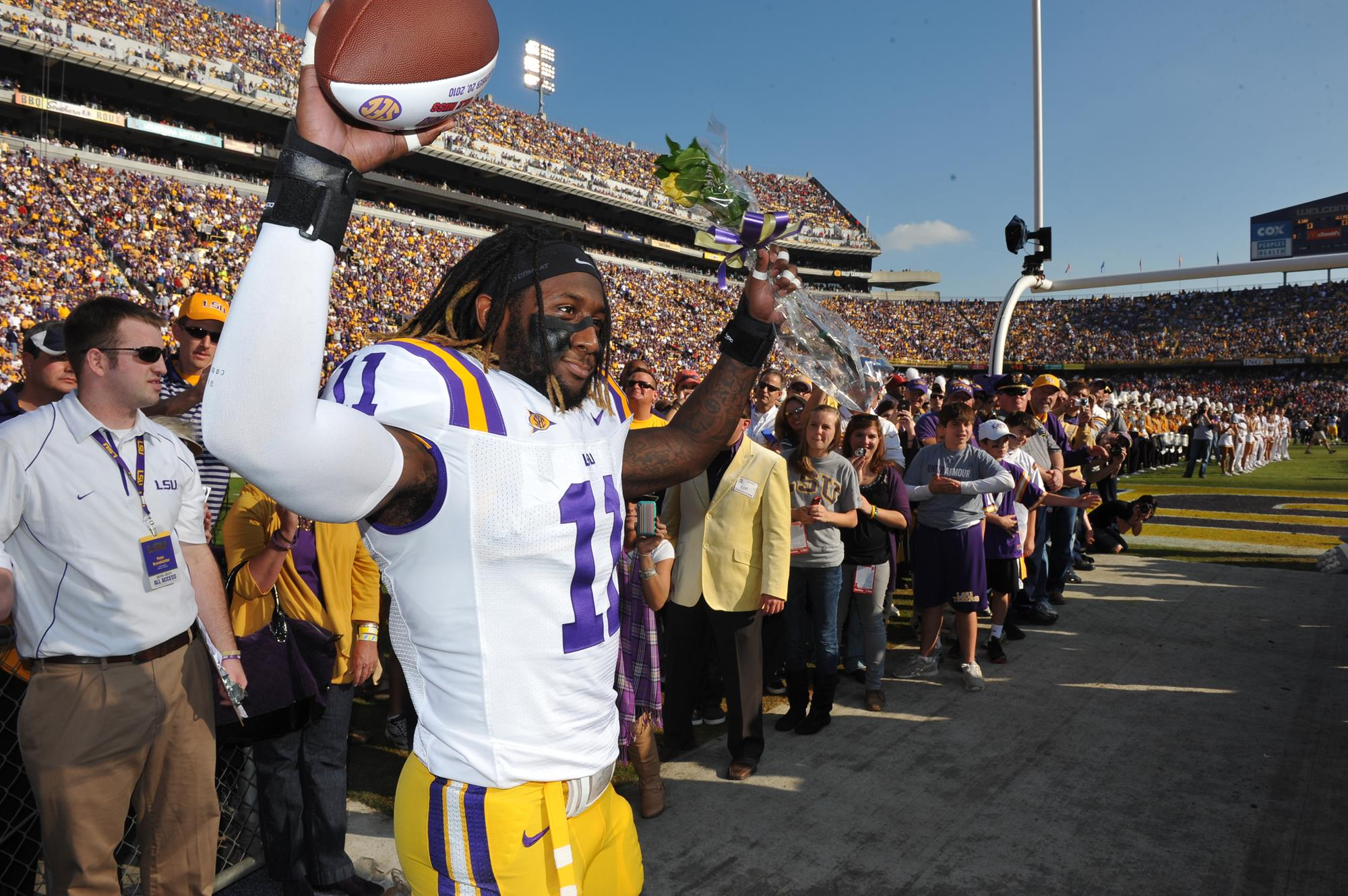 Former All-SEC linebacker Kelvin Sheppard believes his eight-year career in the NFL set him up for his next chapter in life as LSU’s Director of Player Development.

A member of the 2007 national championship team, a three-year starter and an eventual third-round pick to the Buffalo Bills, Sheppard retired from the NFL in 2018 after a long and successful professional tenure, but he actually thinks his journey in the game of football is just beginning.

Committing to join LSU’s staff in early-March, Sheppard has been asked a certain question by many: “Why go back to Baton Rouge?”

For him, the answer has been simple. The bonds he created at LSU drove him back. The ability to pay it forward drove him back. And his passion for the University has always been persistent.

“My passion, and my pride for the game of football and my pride and passion for Louisiana State University surpasses all those things,” he said on LSU Sixty Monday. “My greater gift in life, the reason God allowed me to have the career that I had, was to set me up for this part of life.”

Woke up this morning with a level of gratitude I haven’t felt in awhile!! Let’s attack the day!! #GeauxTigers #Blessed

Sheppard brings a unique value. He’s experienced everything — academically and athletically — from the players’ perspective. In fact, he related his new role as Co-Director of Player Development to Google Maps or Waze. He tries to provide the student-athletes with a map, a vision and a clear path for the road trip ahead in their careers, no matter the destination.

“The role is a lot deeper than the title,” Sheppard said. “To me, I deal with the academic side of things, as well as with the on the field side. I’m pretty much the bridge between the coaching staff and the players.”

When Sheppard and the Tigers won it all back in 2007, it was in New Orleans. And on Jan. 13, watching from Drago’s in Baton Rouge with a group of former teammates from that very same team, Sheppard felt it all come full circle as the 2019 Tigers defeated Clemson inside the Dome.

“I was dancing under the confetti, everybody knows where I was in 2007,” joked Sheppard. “This past year, me and a group of 10 of the former guys from that championship team had a private watch party.”

Known for his leadership, especially as a senior in 2010, Sheppard garnered first-team All-SEC honors, leading the Tigers in tackles (116) with 11 tackles for loss and two sacks.

It’s now clear Sheppard holds a passion for serving others. Admitting he wants to be a head coach one day, he feels this job combines everything he does well into one perfect mixture. Now, he’s teaming up with Tiger great Eddie Kennison, former football player and six-time All-American track star from 1993-95, and someone Sheppard had never met before.

Do you want to get fired up for @LSUfootball starting spring practice? You need to checkout our interview with the new Director of Player Development @KelvinSheppard! Shepp brought the ??????.

But that, Sheppard says, is the power of an LSU degree.

When you sign that Letter of Intent to become a Tiger, whether you’ve met before or not is irrelevant. You’re instantly a part of something bigger than yourself, and Sheppard realizes that more and more with each year.

“When you sign that Letter of Intent, we’re all injected with the same blood,” Sheppard said. “The day I met [Eddie] it was all about if you need anything, if your family needed anything — and that’s the type of relationships that I grew during my time at LSU, and that’s what drove me back.”