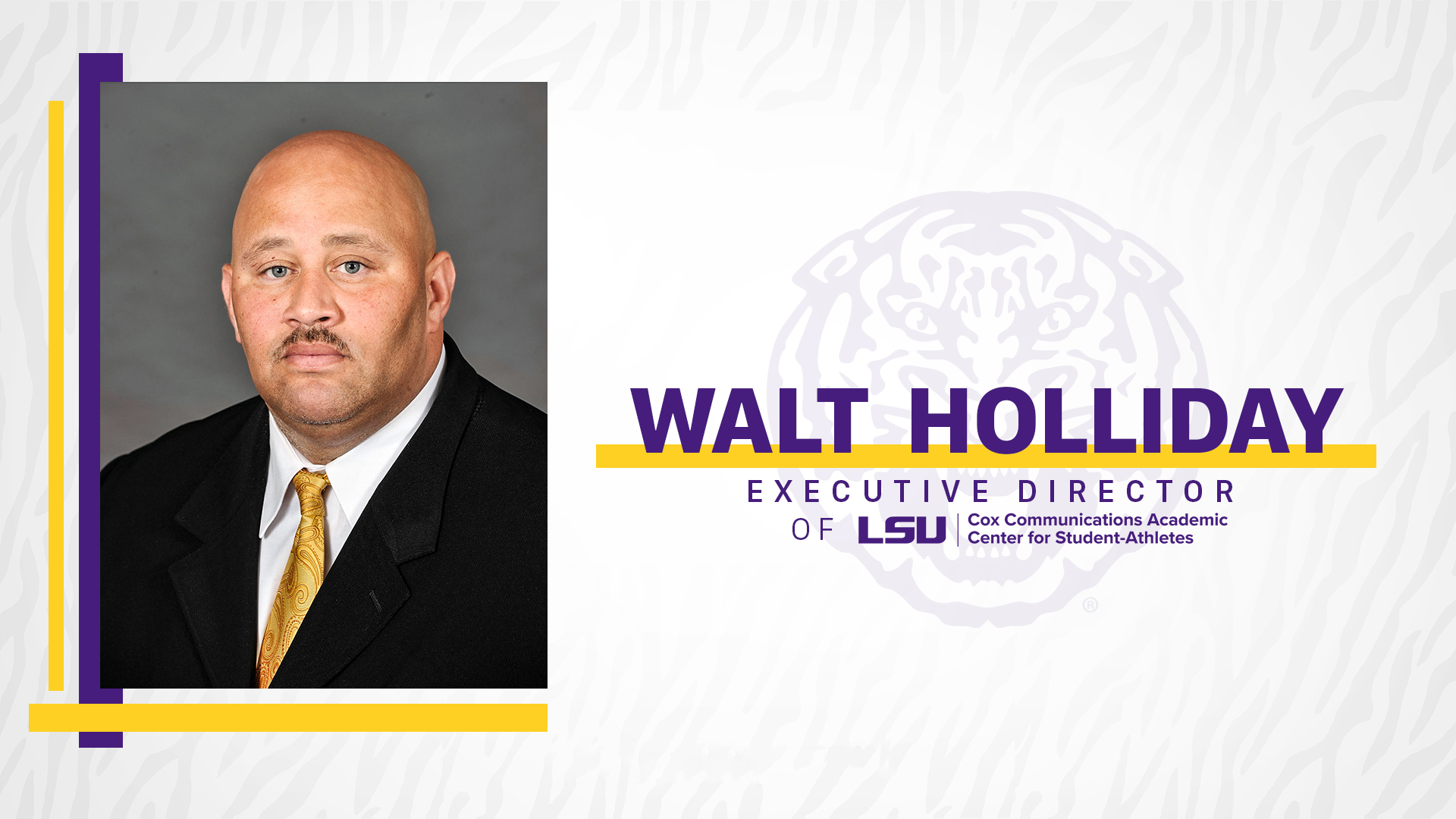 BATON ROUGE – Walt Holliday, who has played a key role in the academic success of LSU student-athletes for the past decade, has been named the executive director for the Cox Communications Academic Center for Student-Athletes, the university announced on Monday.

“Walt has been a tremendous asset to our student-athletes and coaching staff for many years and we are excited to have him serve as the executive director of the Cox Communications Academic Center,” LSU Athletic Director Scott Woodward said. “Walt is a leader that inspires our student-athletes to excel in the classroom. He’s well-respected by LSU faculty and staff and he will continue to do a great job of serving our student-athletes.”

As executive director of the Cox Communications Academic Center for Student-Athletes, Holliday will oversee day-to-day operations which includes the coordination of the educational development and progress towards graduation for all LSU student-athletes.

LSU currently ranks among the top tier in the Southeastern Conference in graduation success rate (GSR) with a score of 89 percent. LSU has scored an 89 percent or higher in each of the past three years with an all-time high for the university of 90 set in 2017. Holliday has played a central role in helping LSU to achieve the highest rate of improvement in GSR over the past decade.

“I am very excited for the opportunity to lead such a talented group of student-athlete development professionals,” Holliday said. “LSU is a special place with special people and unlimited opportunities.

‘We have had a great deal of success at the academic center during my time here and we will continue to evolve and move forward by bringing the resources and expertise at our university together through shared relationships. The success of our student-athletes, athletic teams and university is based on the collective efforts of everyone.”

Holliday, a communications graduate from Upsala College in East Orange, N.J., originally joined the LSU academic center staff in 2009. Since his arrival in 2009, Holliday has worked in various capacities at the academic center. Prior to his promotion, Holliday served as Director of Academic Affair as well as being the lead academic advisor of the LSU football team.

In 2012, Holliday received the N4A Distinguished Service Award which recognizes leadership in N4A at the regional or national level.

“Our impact on the student-athlete experience will be loud and profound, we will continue to provide all of our student-athletes, past, present and future, with the environment and resources needed for them to meet their needs and reach their full potential,” Holliday said.