Beach Ranked No. 1 For First Time in History 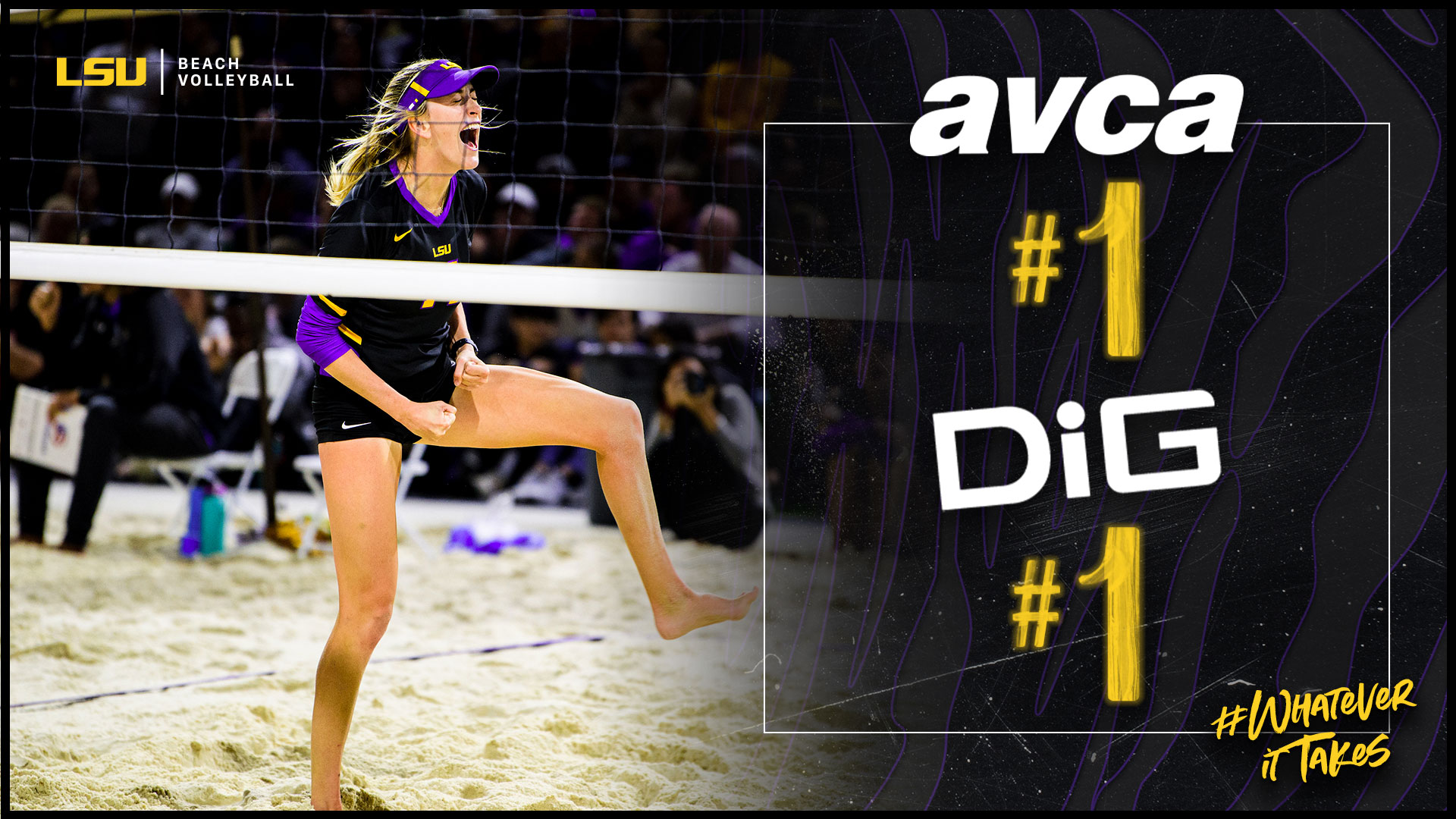 BATON ROUGE – After taking down the previously top-ranked UCLA Bruins twice in consecutive weeks, LSU Beach Volleyball (8-2) has jumped to the No. 1 spot in the AVCA and DiG Polls for the first time in the program’s seven-year history.

“Obviously our goal is to be No. 1 at the end of the season,” said coach Russell Brock, “but the fact that we’re getting this nod, two weeks in is a good start. It’s something we don’t take lightly. It’s also something that we need to use to motivate us to continue to push.

“Our value internally comes from our ability to execute what we’ve been training. That’s what’s been really impressive so far. Every match that we have played, we’ve seen better execution.”

The Tigers and Bruins split a set of matches in Hawaii two weekends ago, setting up a top-two matchup in Baton Rouge over the weekend.

A college beach volleyball on-campus record crowd of 2,407 fans packed LSU Beach Volleyball Stadium Saturday night to witness the No. 1 vs. No. 2 showdown where LSU won Courts, 4, 1 and 2 to clinch the win over UCLA for the second straight week. LSU’s Beach team joined LSU’s Football and Baseball teams to win a No. 1 vs. No. 2 matchup.

“When I look back and reflect on that evening, to have all of those people stacked and locked in and focused and cheering – a lot them for the first time experiencing what we do week in and week out – unbelievable,” said Brock. “It was such a fun environment, such a fun atmosphere and one I will absolutely never forget.”

In the DiG Poll, LSU entered the season as the No. 2 team, but after splitting matches against UCLA and Hawaii in Honolulu and a successful opening weekend from Florida State, the Tigers dropped the No. 3 last week before catapulting to the top this week.

LSU received 12 of the 16 first place votes for the DiG Poll. Florida State earned the other four.

The top-ranked Tigers return the action in Fort Worth, Texas on Friday and Saturday, March 6-7, at TCU’s Fight in the Fort.