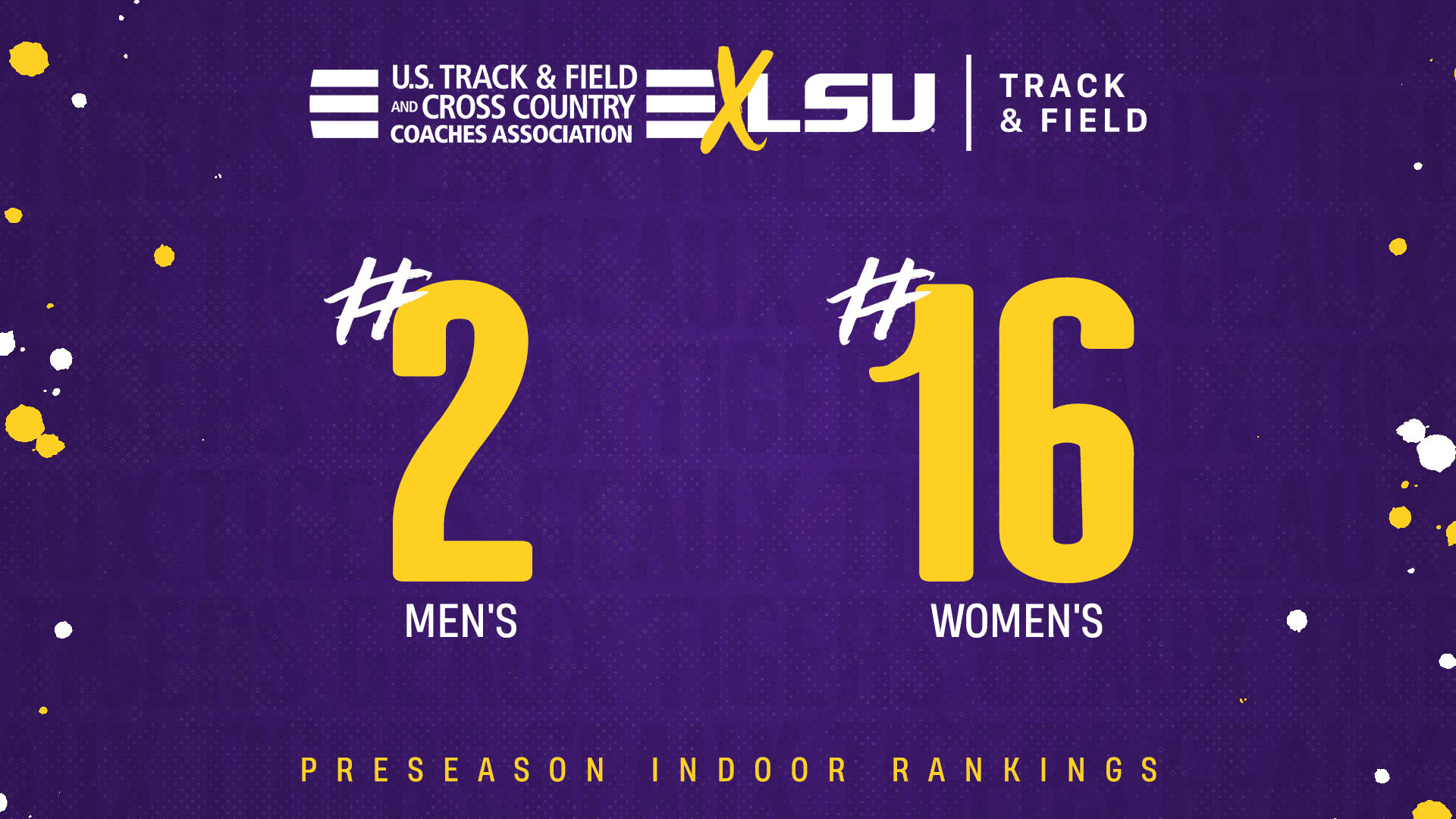 Baton Rouge, La. – The U.S. Track & Field and Cross Country Coaches Association released its preseason indoor rankings on Wednesday afternoon and the LSU men checked in at No. 2, while the women were ranked No. 16.

The Tigers have eight men ranked inside the top 10 of the NCAA based off their prior personal bests that they have registered in past seasons. Rayvon Grey’s indoor PR of 25′ 8.25″ in the long jump rates as the No. 1 mark in the country; Gray was the 2019 NCAA indoor long jump national champion. JuVaughn Harrison, a two-time NCAA champion, owns top 10 marks in both the long jump (No. 9) and high jump (No. 2) entering the season that he registered in 2019.

Transfer Terrance Laird of Hinds Community College owns an indoor PR of 20.56 that he registered during his freshman season in 2018 and that is the second-fastest mark entering the 2020 season. Dylan Peebles owns a indoor record of 20.69 that rates sixth nationally. LSU is the only squad to have two 200 meter runners under 20.7 seconds.

Lisa Gunnarsson (pole vault) and Tonea Marshall (60 meter hurdles) are the two LSU women that have top-10 marks entering the 2020 season. Both Marshall and Gunnarsson will be in action on Friday at LSU’s first meet of the season, the Purple Tiger Invitational, at Carl Maddox Fieldhouse on LSU’s campus. Gunnarsson, the LSU school record holder in the indoor pole vault, owns a career best indoor clearance of 14′ 9.50″ that she registered in 2019, and that mark ranks No. 2 in the NCAA. Marshall, a senior hurdler from Arlington, Texas, owns a PR of 8.04 in the 60 meter hurdles and that is the eighth fastest in the land coming into the season.

The LSU track and field team will open its 2020 campaign on Friday with the Purple Tiger Invitational; a full schedule can be found at lsusports.net. A full list of the USTFCCCA indoor preseason rankings can be found at ustfccca.org.