No. 1 LSU to Face No. 4 Oklahoma in CFP Semifinal 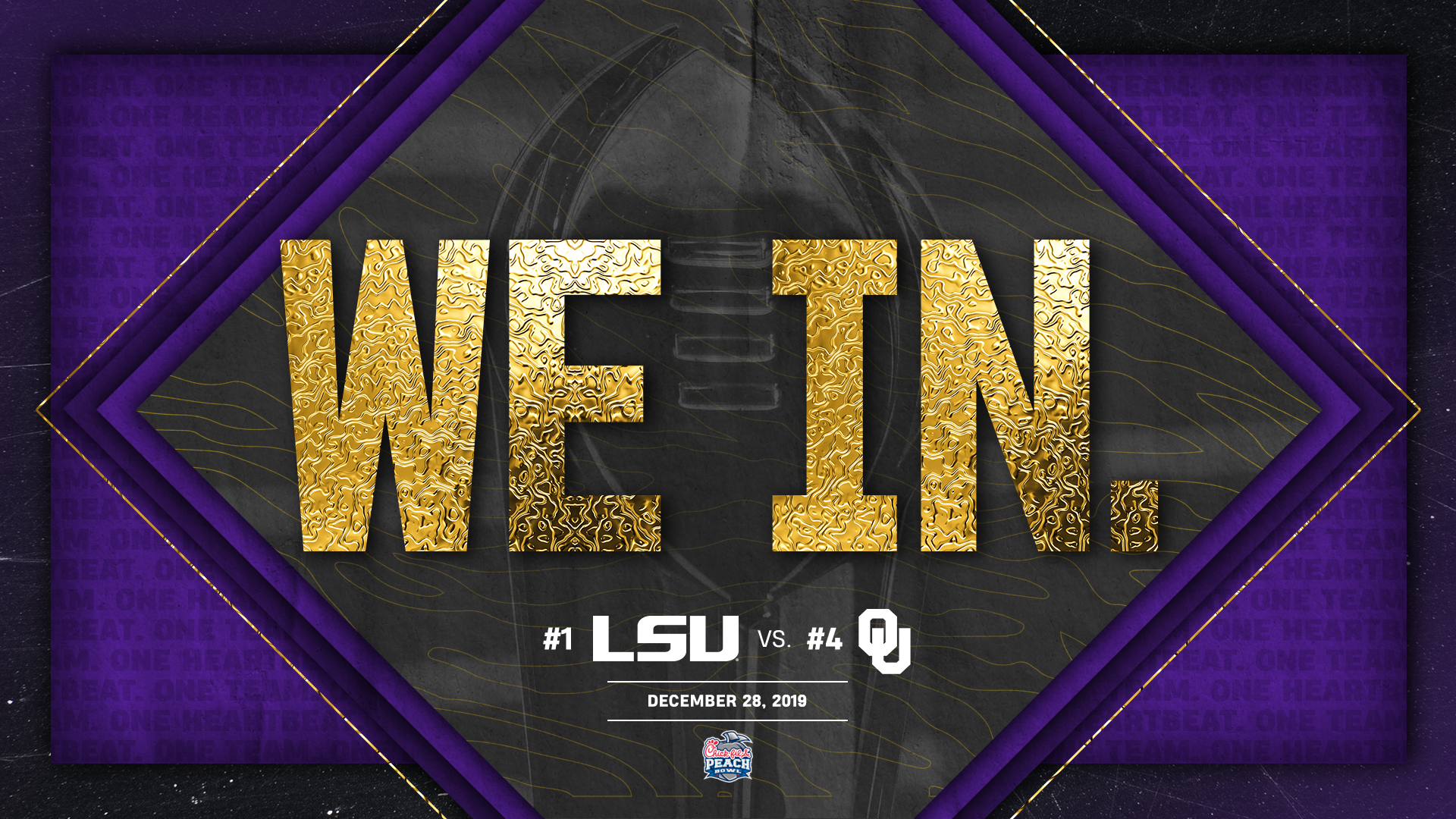 BATON ROUGE – LSU, champions of the Southeastern Conference, moved to No. 1 in the final College Football Playoff Rankings on Sunday and the top-ranked and undefeated Tigers will face No. 4 Oklahoma in the national semifinals in the Chick-fil-A Peach Bowl, the CFP Committee announced.

LSU and Oklahoma will meet on Saturday, Dec. 28 at 3 p.m. CT in Mercedes-Benz Stadium in Atlanta. Ohio State, the No. 2 seed, will face No. 3 Clemson in the other national semifinal on Dec. 28 in the Fiesta Bowl in Glendale, Ariz.

The winners of the national semifinal games will meet on Jan. 13 for the CFP National Championship at the Mercedes-Benz Superdome in New Orleans.

LSU is 13-0 for the second time in school history as the Tigers finished off their perfect regular season with a 37-10 win over then-No. 4 Georgia in the SEC Championship Game on Saturday night in Atlanta.

LSU, making its first College Football Playoff appearance, will meet Oklahoma for only the third time and the first since January 2004 when the Tigers beat the Sooners, 21-14, in the BCS National Championship Game in New Orleans.

The Tigers, behind the play of Heisman Trophy front-runner and record-setting quarterback Joe Burrow, have five wins over Associated Press Top 10 teams, joining Notre Dame in 1943 as the only teams in college football history to accomplish this feat prior to playing in a bowl game.

Oklahoma, winners of the Big 12 Championship, brings a 12-1 mark into the contest with LSU.