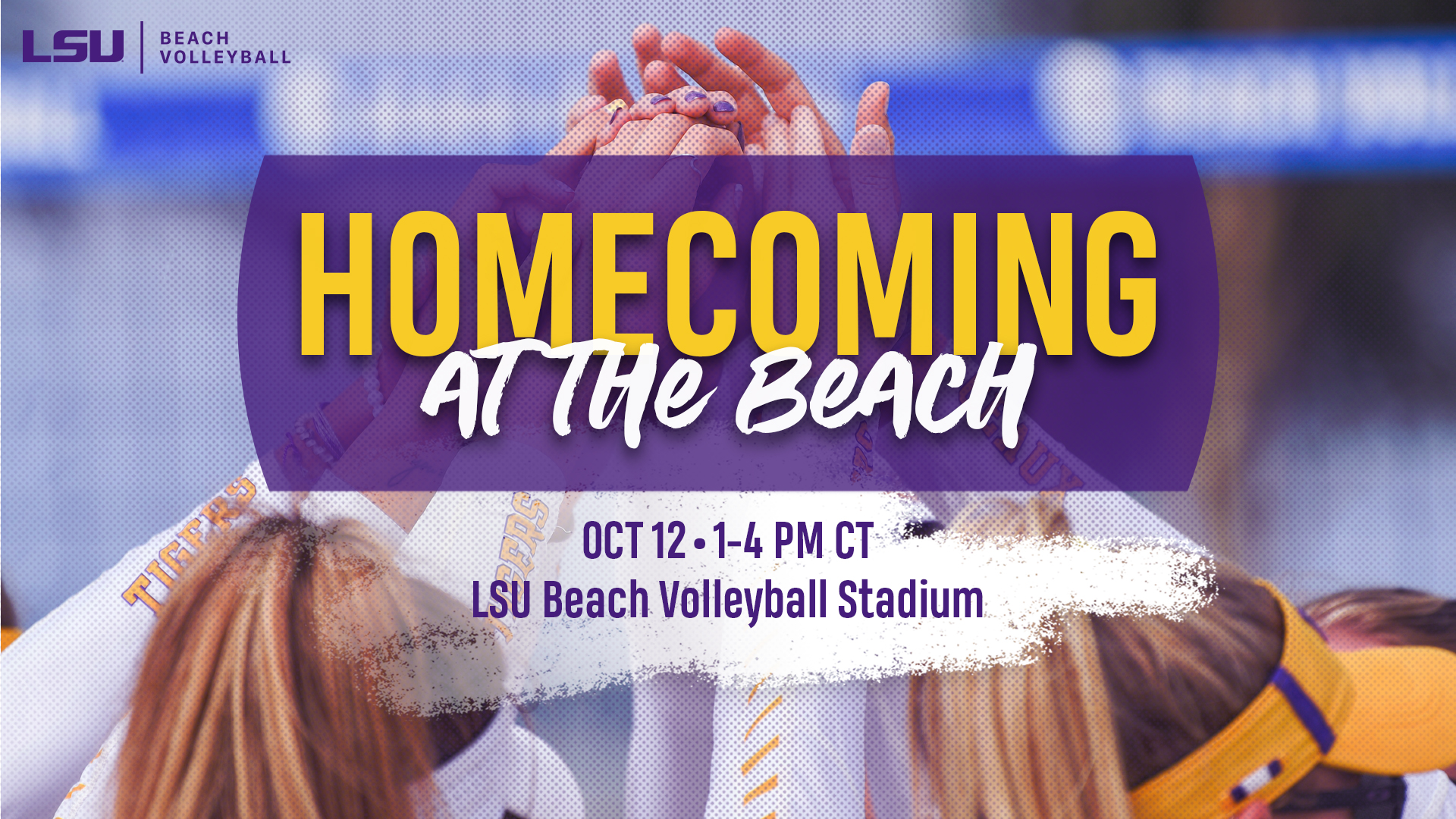 BATON ROUGE – The LSU Beach Volleyball team will host its third and final open practice of the fall this Saturday, October 12, adding to the list of events taking place during LSU’s Homecoming Weekend.

Gates will open at 1 p.m. CT and the team will practice and compete in a round-robin style scrimmage until 4 p.m. LSU’s clear bag policy will be in effect.

The Tigers have been one of the top teams in the nation over the past few seasons, earning trips to NCAA Championships in each of the past three years. In the spring, LSU had a program record 31 victories and finished as the No. 3 team in the nation, marking the highest finish in the team’s six-year history.

In preparation of the 2020 season, the Tigers have four competition dates this fall, including one at both of their postseason destinations in Huntsville and Gulf Shores, Alabama.