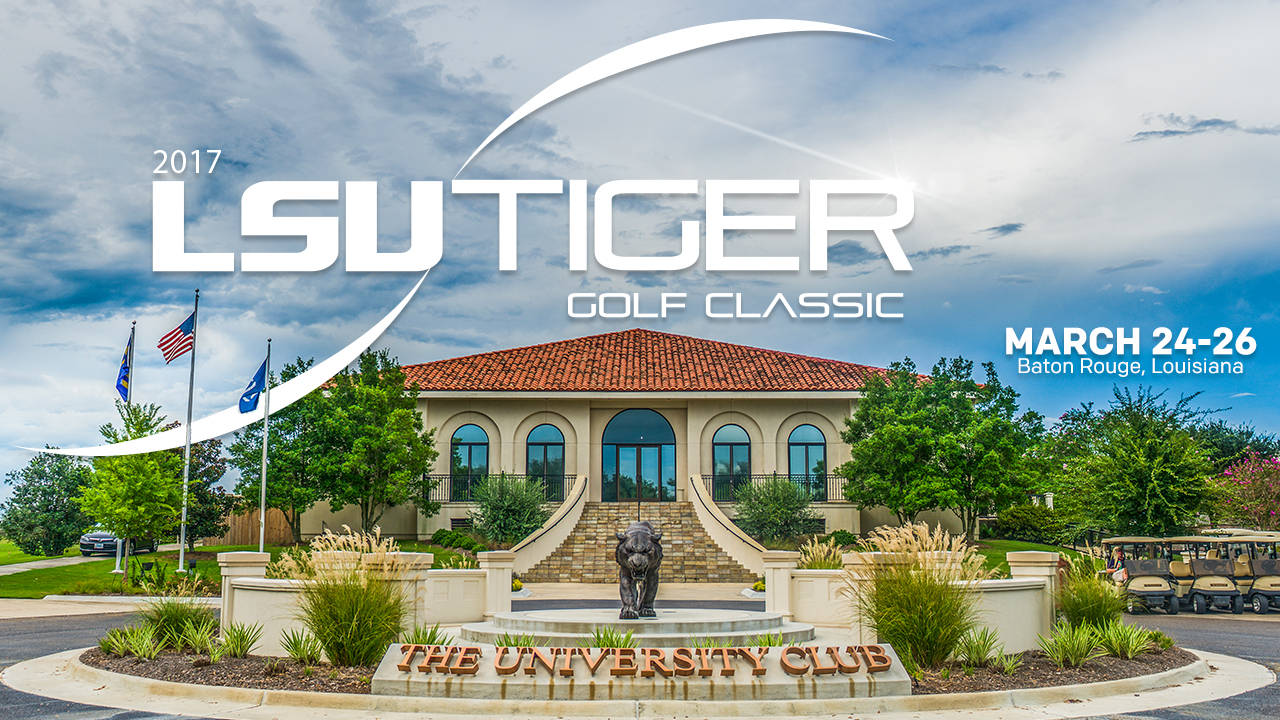 BATON ROUGE – The LSU Tiger Golf Classic will tee off on Friday, marking the 35th time in 36 years that the LSU women’s golf team has hosted a spring event on a Baton Rouge course.

The tournament has been held since 2000 at LSU’s home course, the University Club, and on the present renovated layout since 2011. The 2010 event was held in New Orleans and co-hosted by LSU and Tulane as the course was being renovated.

A late schedule change because of expected storms on Saturday morning will see the tournament actually begin now at 8 a.m. on Friday with shotgun start and the field will now play 36 holes (the first two rounds). There will be no golf at the University Club with the final round set for a shotgun start at 8:30 a.m. on Sunday.

A total of 15 teams and 15 individuals will compete in the event with two top 20 and eight teams ranked in the top 50 in the present Golfstat rankings set to tee it up.

Defending champion Duke, which last year became just the second team with LSU to win the event on all three Baton Rouge venues (Fairwood Country Club, plus both layouts of the U-Club), is ranked No. 11 entering the tournament. Arkansas, second a year ago, is ranked No.15 and Oklahoma State is at No. 19.

Duke posted 17-over 881 in winning last year’s event, 16 shots ahead of Arkansas at 33-over 897. Both Duke and Arkansas have won the event three times and one of them could join Florida State (4) and LSU (8) with at least four LSU Classic championships.

The other top 50 teams are NC State at 29, SMU 37, Clemson 43, Washington 49 and Kentucky 50. Also joining LSU in the event are Missouri, Denver, Kansas, NC Wilmington, Tulane and UTSA.

One of the most notable in the field is Washington, which won the match play NCAA Championship last May in Oregon.

“First of all we have a great field, including the defending national champions in Washington and then to go with them a highly ranked group of teams. We are excited to have them here in Baton Rouge and at the University Club for our home event. We feel like our team is in a very good position mentally and ready for the challenge.”

Duke’s Leona Maguire is the top ranked player according to Golfstat at No. 2 in the country.

Temperatures are expected to be warm and windy for Friday’s opening rounds in which LSU, Duke and Kentucky will lead off the competition on the first few holes of the start.

“We decided with the forecast showing a possible washout on Saturday, we felt it was better to play 36 holes on Friday and then come back on Sunday when the weather is again supposed to be beautiful. It’s not normal to have a day off in between but we felt it was the best thing to get the entire tournament in.”

LSU will go with a lineup of seniors Lana Hodge and Caroline Nistrup in the front two positions with sophomore Kathleen Gallagher playing third, following by juniors Claudia De Antonio and Sydney Cavin.

With the warm temperatures comes a University Club golf course that should play fast on Friday.

“The course for March is fantastic” said Bahnsen. “It’s going to be windy so we are going to try to set the course to be as fair as possible. I think it is in very good shape.”

Live scoring for the event can be found at LSUsports.net through Golfstat.com. Updates throughout the rounds Friday will be available on Twitter @LSUwomensgolf and updates at the end of the round on Facebook at www.Facebook.com/LSUwomensgolf.

Updated tournament information and tee pairings can be found on the event’s homepage at LSUsports.net/womensgolf.