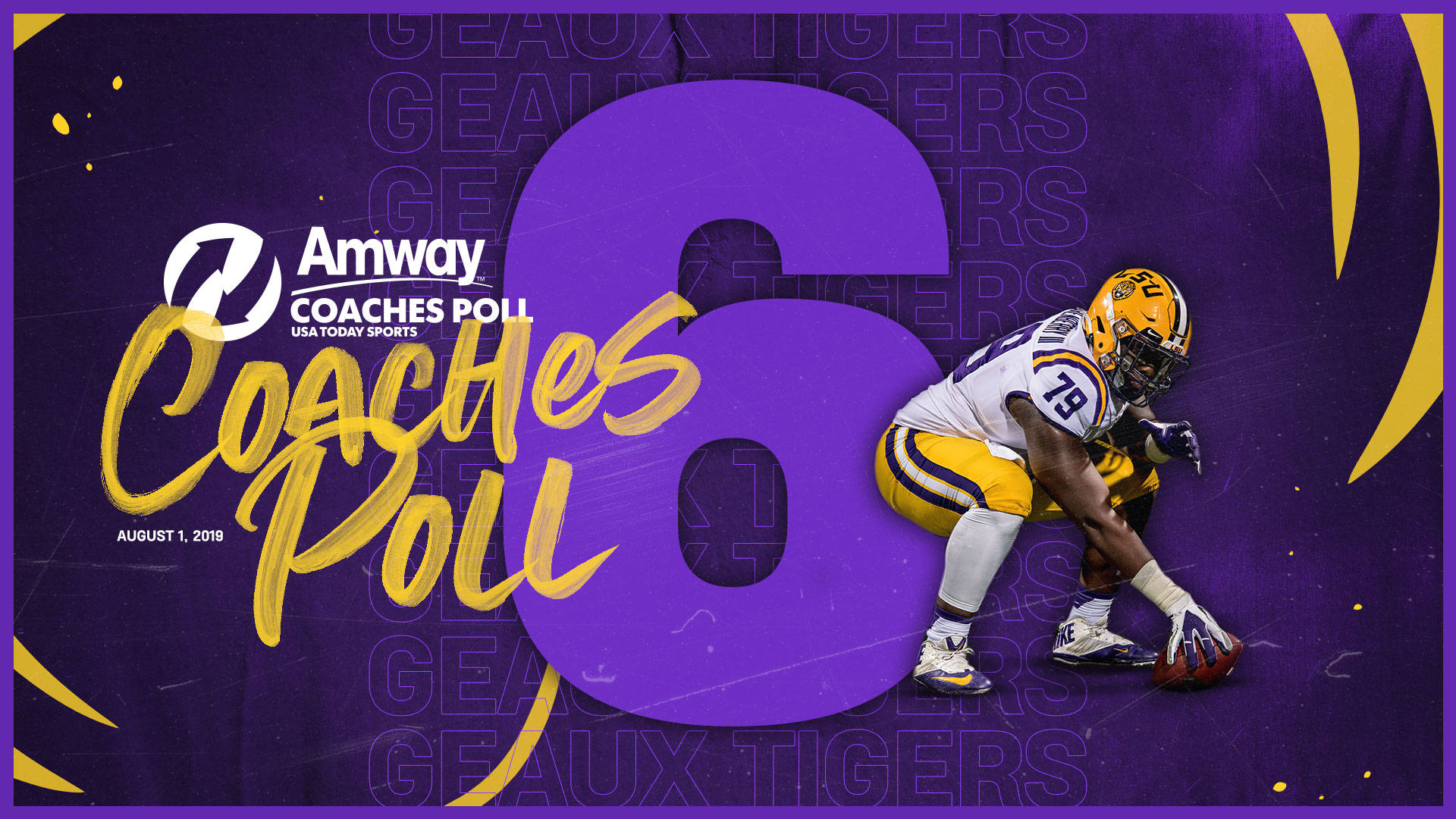 BATON ROUGE – When LSU opens the 2019 season against Georgia Southern on August 31 they will do so as the No. 6 ranked team in the nation as the preseason USA Today Coaches poll was announced on Thursday.

LSU, which is coming off a 10-3 mark and a Fiesta Bowl win in 2018, is ranked in USA Today Preseason Top 25 for the 19th straight year, a streak that dates back to the 2001 season. A year ago, LSU entered the season ranked No. 23 in the Coaches Poll.

The No. 6 preseason ranking in the Coaches Poll is the highest for the Tigers since 2016 when LSU opened the year ranked No. 6.

LSU will face five teams currently ranked in the preseason Coaches Poll, including three that are in the Top 10. LSU travels to face No. 2 Alabama and No. 10 Texas, while the Tigers host No. 8 Florida, No. 11 Texas A&M and No. 16 Auburn.