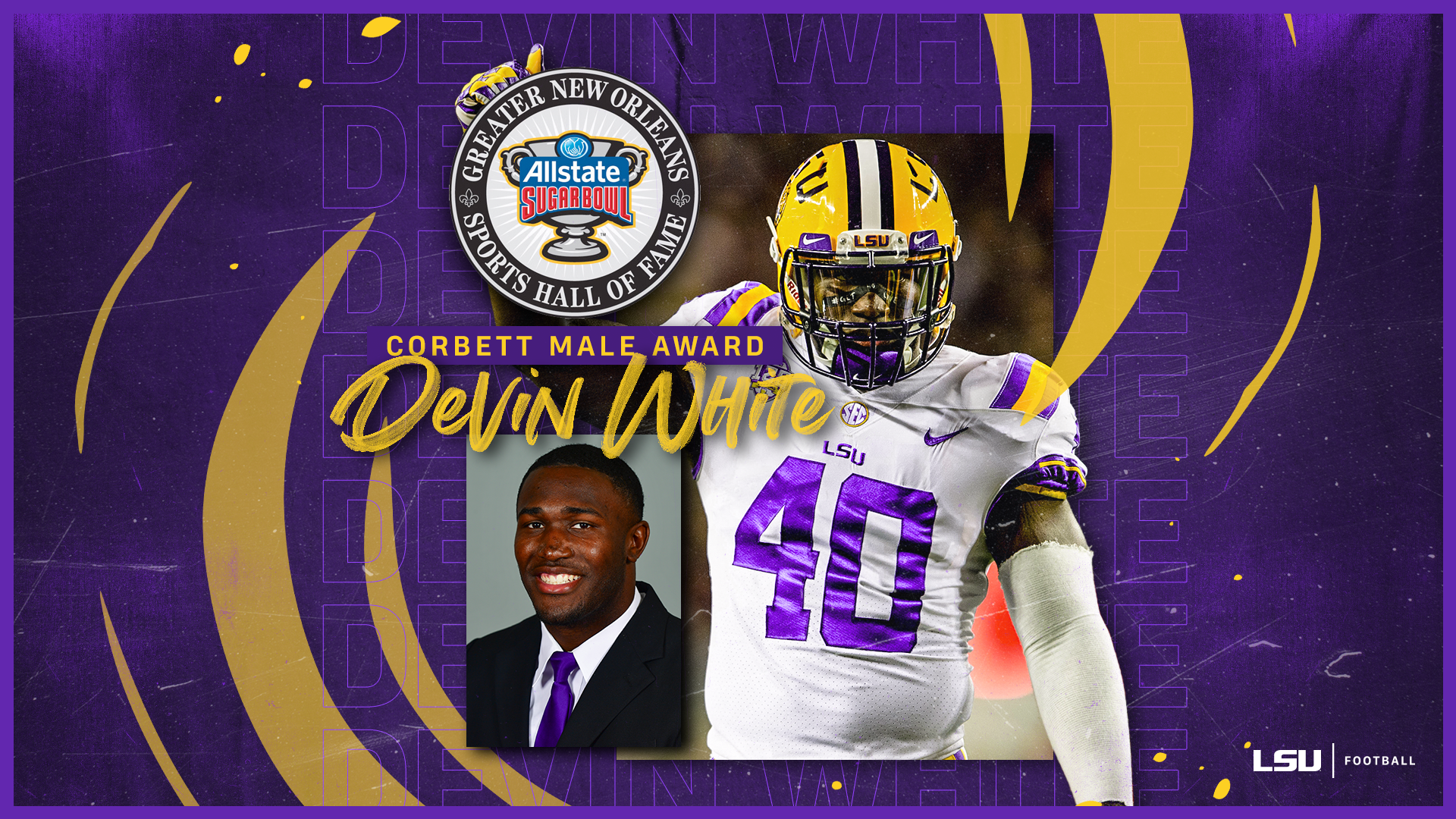 NEW ORLEANS – Former LSU linebacker Devin White has been named the 2019 Male Corbett Award winner, which is given annually by the Greater New Orleans Sports Award Committee to the top amateur student-athlete in the state, the Allstate Sugar Bowl announced Saturday.

The Corbett Awards are presented annually to the top male and female amateur athletes in the state of Louisiana. A total of 26 individuals, including this year’s Hall of Fame class, and two teams will be honored at this year’s banquet. All of the honorees are selected by the Greater New Orleans Sports Awards Committee, sponsored by the Allstate Sugar Bowl.

White was selected fifth overall by the Tampa Bay Buccaneers in the 2019 NFL Draft. His selection marked the highest drafted linebacker in LSU history and the first Tiger selected in the first round since 1989 when Eric was picked No. 10 overall.

One of the best players in school history, White was the first LSU player to win the Butkus Award, which is given to the top linebacker in college football. He totaled 286 tackles in his three seasons in Baton Rouge and was selected as the team MVP in both 2017 and 2018.