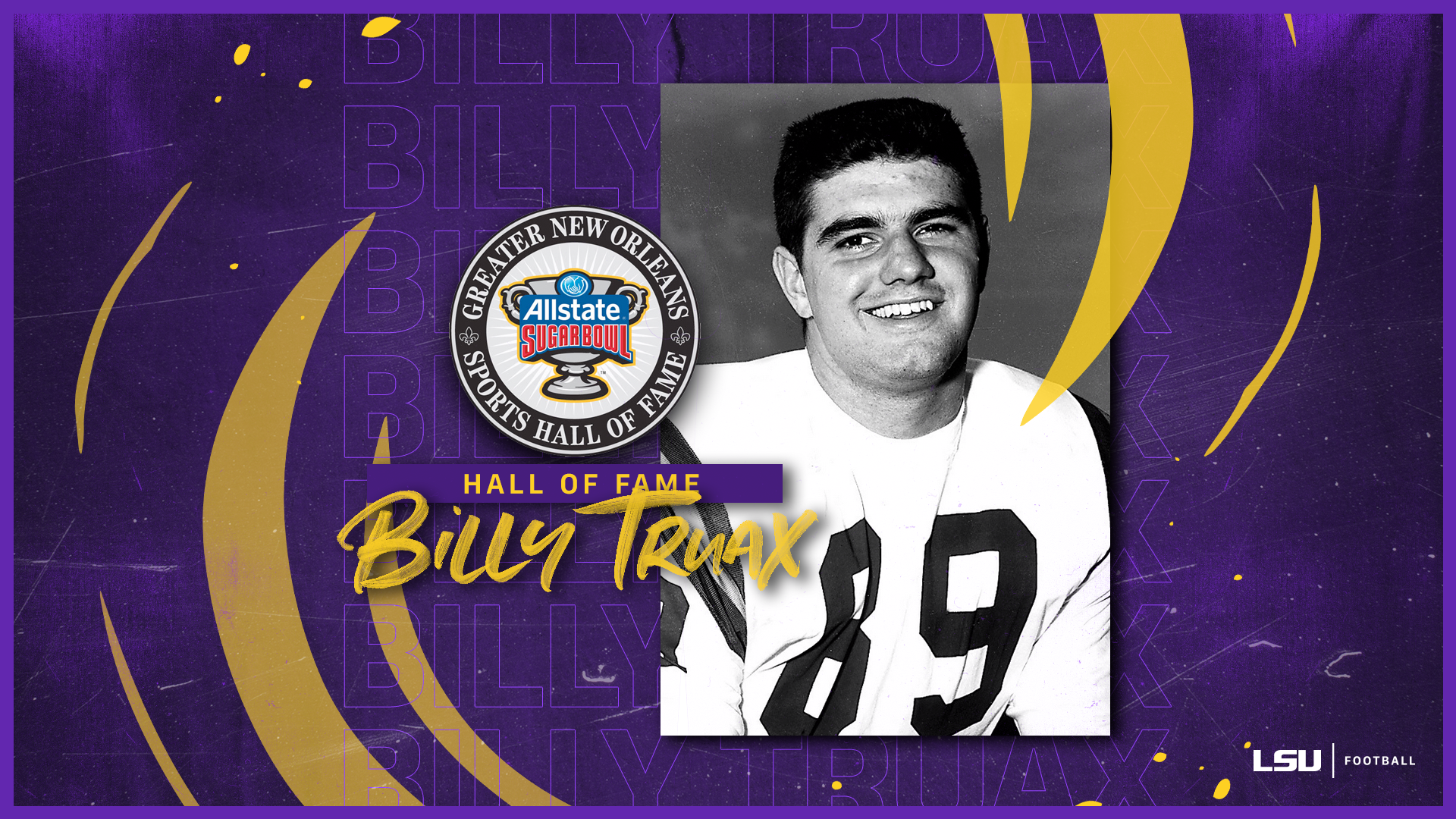 The ceremony is set for Aug. 10 at the Mercedes-Benz Superdome.

If you’re looking to confirm the high level of success achieved at every step of Truax’s football career, consider this: He was all-prep, all-state and All-America at Holy Cross, and in 1959, the Times-Picayune four-sport Athlete of the Year at Holy Cross; a 1963 first team All-America at LSU, and a second-round NFL draft choice who went on to a 10-year pro career winning a Super Bowl VI championship with the Dallas Cowboys.

A total of 26 individuals, including this year’s Hall of Fame class, and two teams will be honored at this year’s banquet.

Truax, who now lives in Nebraska, acknowledges that his pass-receiving totals would appear downright skimpy in comparison to today’s tight ends, who figure far more prominently in today’s modern offenses. But the numbers do not tell the whole story.

“Oh, I loved to catch the football,” said Truax, a 6-5, 240-pounder who was a physical prototype for today’s tight ends. “[But when I played], many coaches thought if you threw the football, three things could happen and two of them were bad.”

The tremendous success for Truax at Holy Cross was based on a simple formula from coach John Kalbacher. “It was mostly safe pass plays for a big tight end,” Billy chuckled. “He told our quarterback, ‘Just throw the ball up high and Truax will go get it.’”

When he played at LSU, the Tigers’ conservatism was no exception to the rule of college football offense at that time. Still, from 1961 through ’63, Truax caught just 18 passes for 324 yards and two touchdowns, and he was voted first-team All-SEC as a senior, when he also played some defense, intercepting two passes and recovering three fumbles.

Though Truax was used primarily as a blocker, he still showed enough with the Tigers to be a second-round pick of the Cleveland Browns. After missing his first season due to injury, he was traded to the Rams. When George Allen was named head coach of the Rams, he made Truax a full-time tight end where his size as a blocker and hands as a receiver saw his career flourish with 37 receptions, tied for second on the team, and his 487 yards receiving were tied for third in 1967. He had four touchdowns.

Playing with a broken bone in his left wrist in 1968, he led the Rams in receiving with 35 catches for 417 yards, fourth on the team, and three touchdowns. For the next two years, Billy ranked in the top four on the team for receptions and receiving yards, and he scored eight touchdowns.

In May 1971, Truax was traded to the Cowboys. Despite being hampered by injuries for much of the year, he had 15 receptions for 232 yards and one touchdown; and he was a part of the Cowboys’ Super Bowl VI championship team.

“Super Bowl VI meant even more to me because it was in Tulane Stadium in New Orleans in front of friends and family. I had played every game that season with the injury and I wasn’t going to miss the Super Bowl in my New Orleans,” Billy smiled.

Further injuries forced him into retirement in 1973 after a seven-year career in which he caught 199 passes for 2,458 yards and 17 touchdowns.

Maybe the numbers do tell the real story of William Frederick “Billy” Truax after all. He was, more than anything, a winner, his teams going 18-8-2 in four seasons at Holy Cross, 26-6-1 at LSU (with victories over Texas in the Cotton Bowl and Colorado in the Orange Bowl) and 89-45-6 in the NFL, with five playoff appearances and that Super Bowl title.

The Greater New Orleans Sports Awards Committee began in 1957 when James Collins spearheaded a group of sports journalists to form a sports awards committee to immortalize local sports history. For 13 years, the committee honored local athletes each month. In 1970, the Sugar Bowl stepped in to sponsor and revitalize the committee, leading to the creation of the Greater New Orleans Sports Hall of Fame in 1971, honoring 10 legends from the Crescent City in its first induction class.

While adding the responsibility of selecting Hall of Famers, the committee has continued to recognize the top amateur athlete in the Greater New Orleans area each month – the honors enter their 63rd year in 2019. To be eligible, an athlete must be a native of the greater New Orleans area or must compete for a team in the metropolitan region.