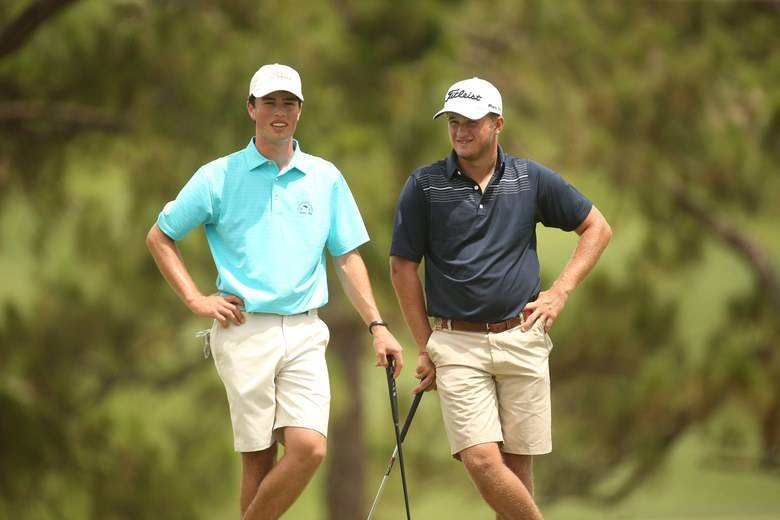 “It’s pretty cool,” Barber said after claiming the title in an interview with amateurgolf.com. “I mean the USGA, everybody knows it’s a world-class organization, the best championships around the world. It means so much to be on that Wall [of Champions] in the [USGA] Museum [at the Golf House]. I can’t really put it into words.

Barber and Hammer defeated Floridians Marc Dull, 32, of Winter Park, and Chip Brooke, 42, of Altamonte Springs in the 18-hole final on Wednesday afternoon.

The duo of Barber and Hammer featured immaculate play all week long winning 31 holes while only dropping eight. In their five matches (71 holes), the twosome only trailed in a match for a total of two holes during the whole tourney. During the two rounds of stroke play earlier in the week, the combo of Barber and Hammer posted a 9-under 131 to earn the No. 3 seed that included a championship-record 28 on the outward nine of the Hills Course at the Jupiter Hills’ Village Course.

Barber, the 57th best amateur player in the world according to the World Amateur Golf Ranking, and Hammer (No. 52 WAGR) were just too much for the rest of the field. The two talented amateurs combined to card 10 birdies and two eagles in the their semifinal and final matches on Wednesday to claim the title.

A full release of Barber’s and Hammer’s week can be found at amateurgolf.com.