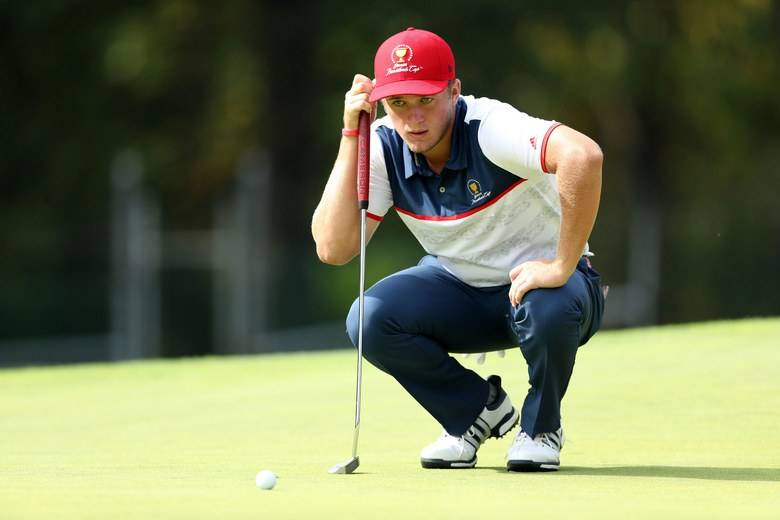 Baton Rouge, La. – Garrett Barber, an incoming member of the LSU men’s golf team, will be recognized as one of the world’s top junior golfers this weekend at the 50th Anniversary AT&T Byron Nelson tournament in Dallas at the Trinity Forest Golf Club.

One of three honorees, Barber headlines arguably the highest ranked recruiting class in America that will arrive in Baton Rouge in August. A three-time junior All-American, Barber ranks first in the American Junior Golf Association , won the Jones Cup Invitational, was ranked second in the Golfweek amateur rankings and is currently the 57th best amateur player in the world according to the World Amateur Golf Rankings. He won the 1A Florida state title with a two-round tally of 10-under par 134 (69-65) last fall at the Mission Inn Resort & Club.

His win at the 2018 Jones Cup was an impressive showing by the amateur golfer. Entering the final round of play three strokes off the lead and in eighth place, he played the first nine holes of the day in 2-under par before holing out from 200 yards on the 10th to card an eagle. He then proceeded to birdie the 12th, 13th and 14th holes to continue his hot streak. His final round was good enough to put him in a tie for first after regulation with Vanderbilt’s Theo Humphrey. On the first playoff hole, Barber regained his composure and dropped in a five-foot approach that he would go on to hole for the victory. With the win, he earned an exemption in the PGA Tour’s RSM Classic that will take place in the fall of 2018.