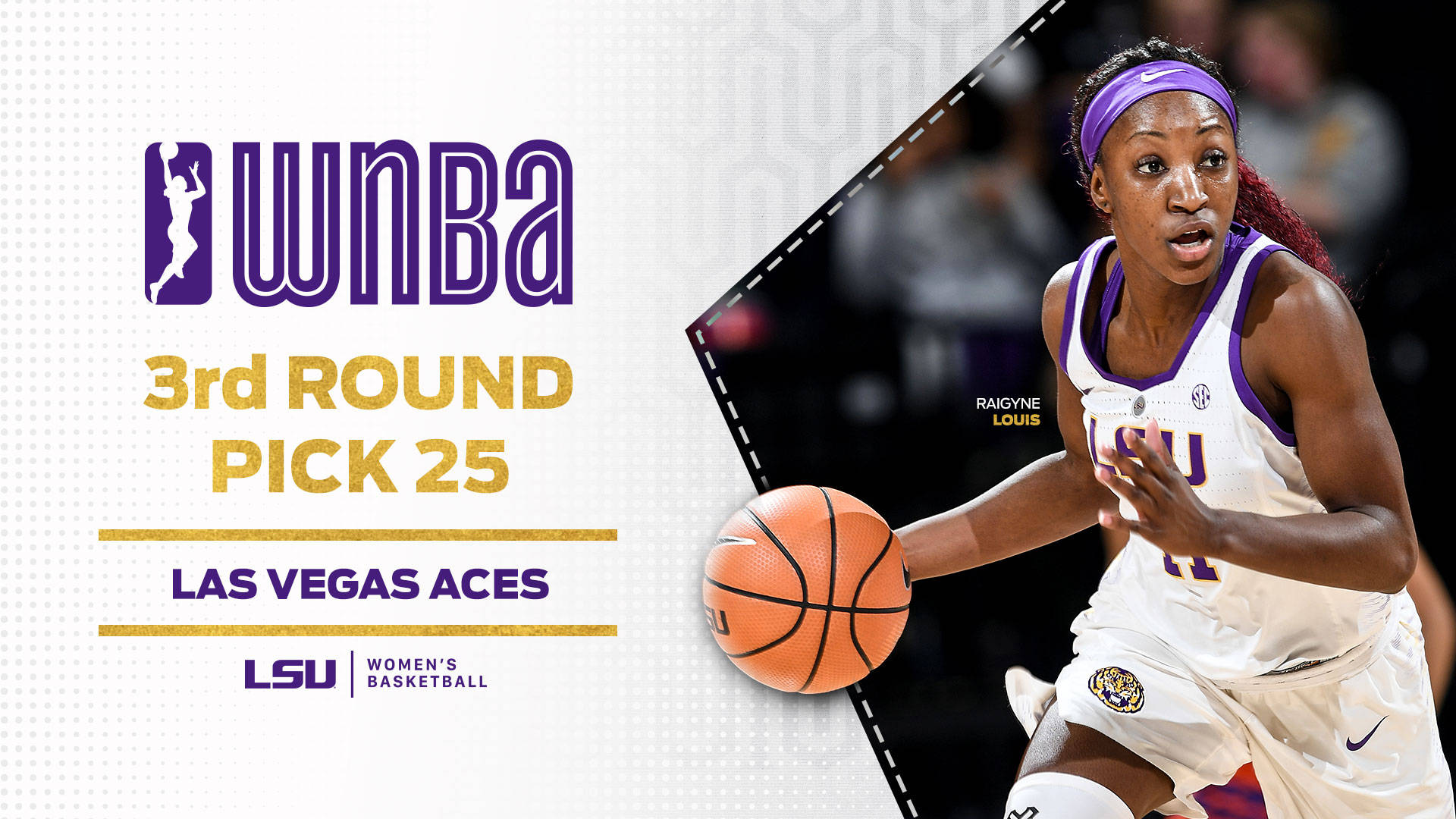 NEW YORK CITY – LSU senior Raigyne Louis was selected with the 25th pick overall by the Las Vegas Aces during Thursday’s WNBA Draft 2018 presented by State Farm held at the Nike New York HQ. She becomes the 18th player to be drafted in program history.

“First of all, I just want to thank God for this opportunity,” Louis said. “It is an amazing blessing to be able to continue my basketball career at the next level and I look forward to getting started with the Las Vegas Aces.”

The former Raigyne Moncrief is the 10th player in LSU history with at least 1,600 points scored, the 14th with over 700 rebounds, the 13th with 300 assists and the third with 275 steals. Over her 126-game career, she posted 11 double-doubles and 93 double-figure scoring games. She also had 23 games scoring 20 or more points and 20 games with five or more assists.

Off the court, Louis was selected as a member of the 2018 SEC Women’s Basketball Community Service Team and will graduate in the coming months with her bachelor’s degree in electrical engineering. Her senior team project is a basketball shooting machine for a child with cerebral palsy.

Training camp opens for WNBA teams on Sunday, April 29 followed by preseason games which run from May 4-15. The WNBA regular season begins on Thursday, May 17 and wraps up on Sunday, August 19. The WNBA playoffs start on Tuesday, August 21.