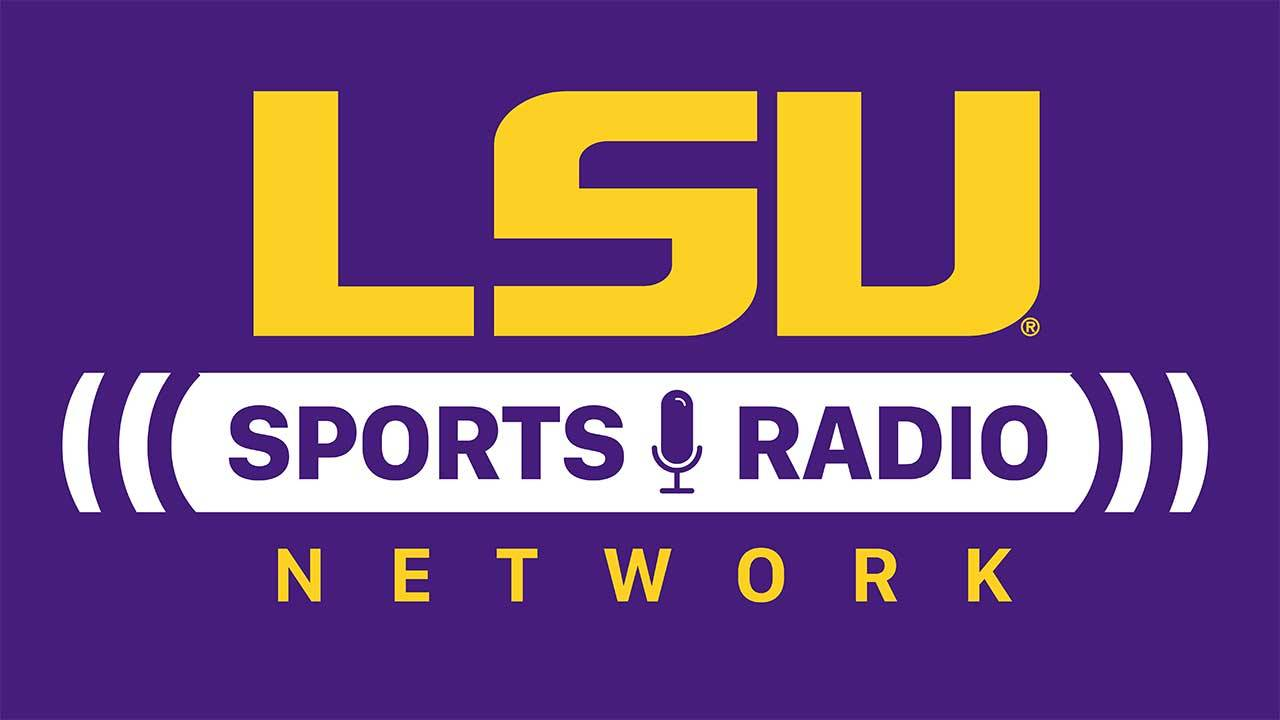 The LSU Sports Radio Network is one of the most progressive college radio networks in the country, utilizing an in-house radio studio to originate more than 250 live broadcasts of LSU football, men’s and women’s basketball, baseball and softball annually.

As part of a continuing effort to expand the LSU brand and enhance fan experience, the LSU Athletics Department announced that online streaming of all LSU Sports Radio Network programming will be free of charge on desktop and mobile devices in 2016-17. At least 165 LSU Sports Radio Network live-game broadcasts and 77 coaches’ radio shows will be streamed for free on “LSUsports.net Live” this season.

The Ed Orgeron Show a one-hour radio program held on Wednesdays at 7 p.m. CT during football season, airs live from TJ Ribs on Acadian Thruway in Baton Rouge starting Aug. 26. “Voice of the Tigers” Chris Blair serves as host. Fans are invited to enjoy dinner at TJ Ribs with opportunities for those in attendance to ask on-air questions to coach Ed Orgeron. Those listening across the country may call-in at (800) 315-8255. The Ed Orgeron Show airs on affiliates of the LSU Sports Radio Network.

Tiger One, a mobile radio studio and hospitality center for LSU fans and corporate partners, originates the LSU Sports Radio Network’s “LSU GameDay presented by CST” pregame show at home games throughout the season. Located between the Maravich Center and Tiger Stadium, Tiger One Village has become a hub for Tiger fans since 2005. Prior to entering Tiger Stadium, fans are invited to watch a free concert, the football team’s walk down Victory Hill and the first hour of the pregame broadcast.

The Will Wade Show, a weekly one-hour radio program featuring the head coach, debuts in November with the men’s basketball head coach. It is designed to give Tigers fans a chance to visit both live and by phone with the LSU head coach. The show is hosted by “Voice of the Tigers” Chris Blair, and will be broadcast again this year from TJ Ribs on Acadian Thruway, just off the LSU campus. Fans also have the opportunity to come out and watch the show and ask coach questions in person. There is also a call-in segment that features questions from listeners on the LSU Sports Radio Network (affiliates) and online at LSUsports.net/live.

The fifth season of The Nikki Fargas Show will air on Tuesdays during the regular season from 7-8 p.m. CT on the LSU Sports Radio Network, live from TJ Ribs on Acadian Thruway. The show can be heard in the Baton Rouge area on 107.3 FM, on select LSU Sports Radio Network affiliates and online for free at LSUsports.net/live. “The Voice of the Lady Tigers,” Patrick Wright, will serve as the host of the coach’s radio show for the 22nd-straight season.

Selected LSU Sports Radio Network affiliates will air “The Paul Mainieri Show” each Monday from 7-8 p.m., beginning in March and continuing through late May. The show airs live from TJ Ribs on Acadian Thruway in Baton Rouge. The show is designed to give Tigers fans a chance to visit both live and by phone with LSU coach Paul Mainieri. Fans have the opportunity to watch the show live at TJ Ribs and ask Coach Mainieri questions in person. There is also a call-in segment that features questions from listeners on select LSU Sports Radio Network affiliates and online for free at LSUsports.net/live.

Chris Blair
Director of Broadcasting
“Voice of the Tigers”

Chris Blair enters his first football season as the “Voice of the Tigers” after joining the LSU Sports Network and calling his first season of baseball games at LSU in the spring.

Blair, Georgia Southern’s radio voice for the past 10 seasons, was named in June 2015 as the next “Voice of the Tigers” and he officially joined the LSU Athletics Department on Dec. 7, 2015.

Along with his play-by-play duties for Georgia Southern, Blair handled all the behind-the-scenes aspects with affiliate relations, network marketing plans and overall sound presentation of GSU Athletics on the air and on the Internet. He also hosted the weekly coaches radio shows and was the host for the weekly television show for GSU basketball.

Blair, 42, is married to the former Amber Anders and they have two children, Crafton Christopher and Rivers Elisabeth.

Doug Moreau, a former Tiger football great, serves as color analyst for LSU football games. Moreau began his radio career with LSU by calling games from 1972-81. He served on the TigerVision (pay-per-view) television broadcast crew from 1982-87 then returned to the radio booth in 1988.

The LSU All-American is one of the school’s all-time great scorers as a receiver and placekicker for the Tigers from 1963-65. Following his collegiate career, he was a tight end for the Miami Dolphins from 1966-70 before completing his law degree in 1973. He then worked as an assistant district attorney and judge from 1974-90, and served as East Baton Rouge Parish District Attorney from 1991-2009.

Gordy Rush, an LSU football player from 1988-90, begins his sixth season as a sideline reporter for the LSU Sports Radio Network and his 22nd season covering LSU football on the radio. The New Orleans native is strongly involved with his alma mater, currently serving as emcee of the Tiger Athletic Foundation’s annual Tiger Tour, as a member of the TAF Executive Board since 2012, and as Vice President of the National L Club from 2010-13.

In addition to his duties with LSU, Rush is the VP/Market Manager of Guaranty Broadcasting which includes LSU flagship Eagle 98.1, 104.5/104.9 ESPN and Talk 107.3. A graduate of Jesuit High School, he is the son of Beth and the late Gordon Rush II. Rush is married to former LSU All-America softball pitcher Ashley Lewis and has two sons, Gordon “G” L. Rush IV (8) and Jax Michael (5), and a daughter, Jordyn Jean (3).

Patrick Wright is in his 28th season as the “Voice of the Lady Tigers” on the LSU Sports Radio Network. Wright, considered one of the top play-by-play broadcasters of women’s games, is also in his 22nd year of calling softball games for LSU. In addition, he serves as the statistician and locker room producer for all LSU football broadcasts on the network.

Wright serves as the host of the weekly Nikki Fargas Radio Show Presented by Capital One Bank, and he also is the Voice of the Golden Band from Tigerland on Saturdays in Tiger Stadium.

Wright earned a bachelor’s degree in broadcast journalism from LSU in 1992 and a master’s degree in math education in 1995. He currently teaches math at the Dunham School in Baton Rouge.