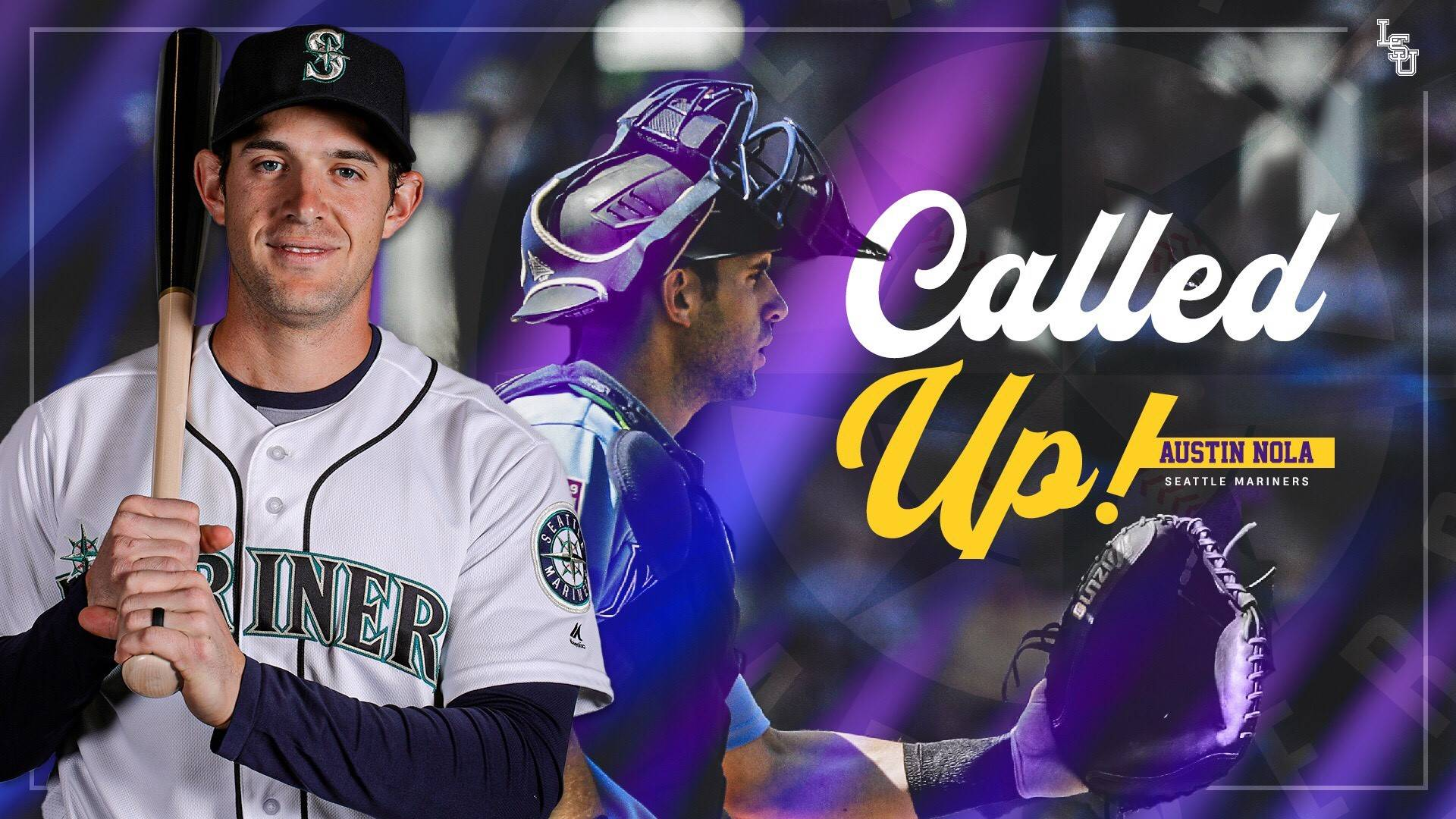 BATON ROUGE, La. — Former LSU infielder Austin Nola collected his first Major League hit in Oakland on Sunday as he made his MLB debut with the Seattle Mariners.

Nola started at first base for the Mariners and was 1-for-2 at the plate with a third-inning single and a run scored in Seattle’s 6-3 win over the Athletics.

He earned his promotion to the Mariners’ MLB roster by recording a .327 batting average with seven home runs and 37 RBIs in 55 games with Seattle’s Triple-A affiliate, the Tacoma Rainiers.

Nola, the Miami Marlins’ fifth-round draft choice in 2012, became the 17th LSU player coached by Paul Mainieri to reach the big leagues. A Baton Rouge native, he played shortstop at LSU from 2009 through 2012, and he helped lead the Tigers to the 2009 College World Series title and the SEC championship in 2009 and 2012.

Nola’s younger brother, Aaron, is an All-Star pitcher with the Philadelphia Phillies who played at LSU from 2012-14. The Nolas are the fourth pair of brothers playing in the Major Leagues this season.

LSU has had at least one former player make his MLB debut in 26 of the past 29 seasons. The Tigers have produced a total of 75 Major Leaguers during their illustrious baseball history.