Duplantis & Harrison - Semifinalists for The Bowerman 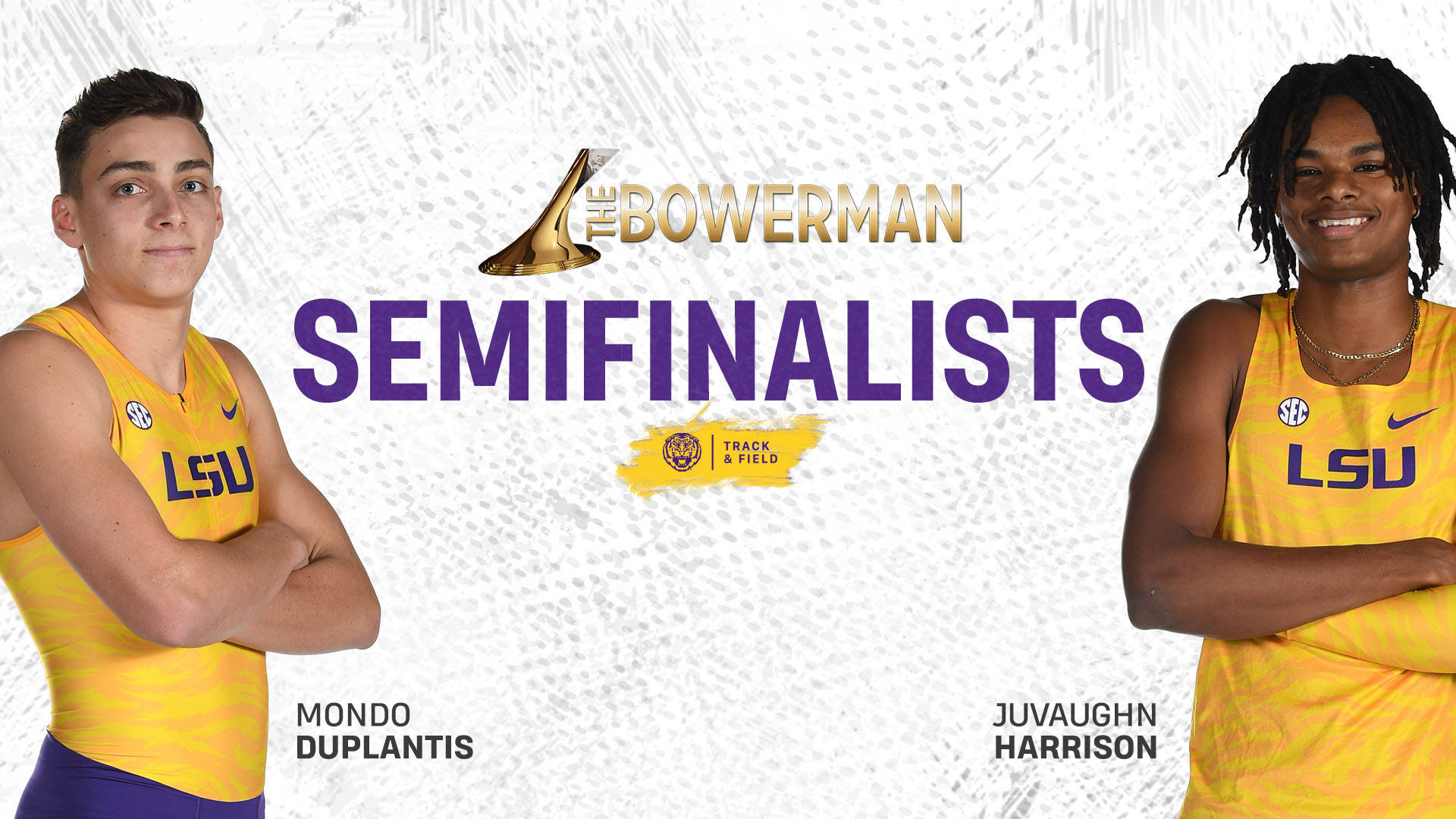 Both Harrison and Duplantis are well-deserved honorees on this list. The two of them combined to score 45 of LSU’s 59 points tallied this year between the indoor and outdoor NCAA Championships. Most recently at the NCAA outdoor meet, Harrison won two NCAA titles and Duplantis scooped up second in the pole vault for a total of 28 points. The 28 points earned LSU a seventh-place finish at the NCAA outdoor championships.

Harrison made history at the NCAA outdoor championships as he became the first man in the NCAA record book to win both the long jump and high jump national title at the same meet. Harrison did it with personal bests in each event. He jumped a career best of 26′ 11” (8.20 meters) to win the long jump on June 5, and then returned with an outdoor best of 7′ 5.25” (2.27 meters) in the high jump on June 7. Those two marks are historic considering only one other man in world history has better marks between the high and long jump. Henry Lauterbach of Germany is the only other man in world history to have a long jump of greater than 8.20 meters and been able to clear a bar of 2.27 meters or higher in the high jump. Harrison competed very well on the SEC level this year as his 18 combined points (1st high jump/2nd long jump) at the conference outdoor meet led LSU to its first conference title since 1990. Indoors SEC wise, Harrison won the high jump and placed fifth in the long jump.

Duplantis turned professional earlier this week and signed a deal with PUMA. He made his professional debut today in Oslo, Norway, at the Diamond League meeting and he cleared a height of 5.81 meters (19′ 0.75”) to take fourth. His season-best jump of 6.00 meters is still a world lead.