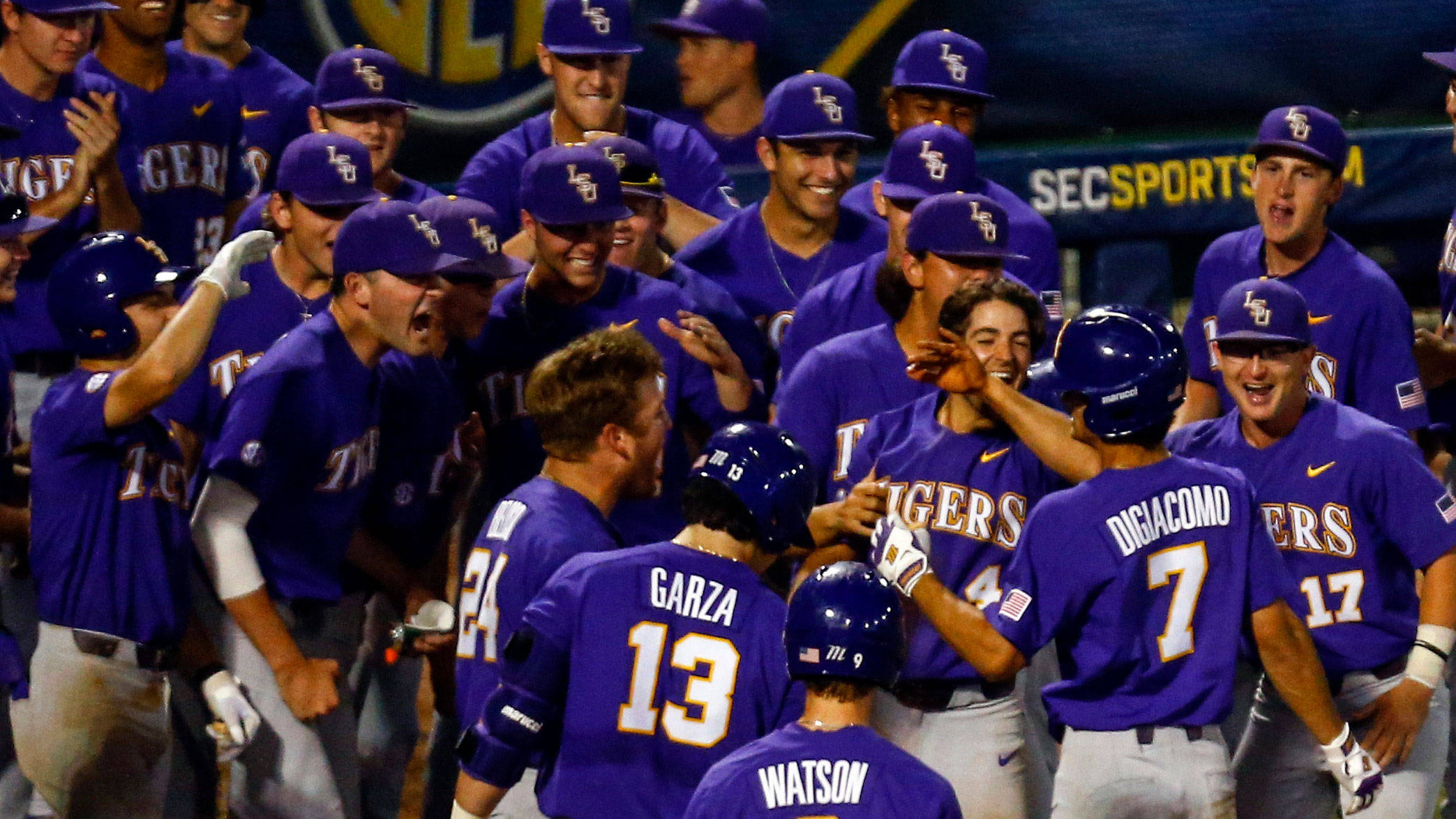 HOOVER, Ala. – Mississippi State rightfielder Gunner Halter delivered the game-winning single in the bottom of the 17th inning Thursday morning, as the fourth-ranked Bulldogs posted a 6-5 win over No. 16 LSU in the SEC Tournament at Hoover Metropolitan Stadium.

LSU reliever Ma’Khail Hilliard retired first baseman Tanner Allen to start to the bottom of the 17th, and he struck out second baseman Justin Foscue, but the pitch got past catcher Brock Mathis, allowing Foscue to reach first base safely.

Hilliard struck out catcher Dustin Skelton for the second out, but Foscue advanced to second base when the third strike again resulted in a wild pitch. Leftfielder Rowdey Jordan was intentionally walked before Halter singled to score Foscue with the winning run.

Mississippi State reliever Keegan James (4-1), the last of seven Bulldog pitchers, was credited with the win as he allowed one run on two hits in 2.2 innings with two walks and one strikeout.

Hilliard (0-4) was charged with the loss after limiting Mississippi State to two runs – one earned – on five hits in 4.2 innings with two walks and eight strikeouts.

Hilliard, Matthew Beck and Zack Hess combined to blank Mississippi State – the SEC’s top offensive team – for 12 consecutive innings, from the fourth through the 15th. The trio combined to record 16 strikeouts over 12.2 innings.

“It’s a shame either team had to lose,” said LSU coach Paul Mainieri. “Our guys laid it out on the line tonight, one guy after another delivered courageous performances. It’s just unfortunate that we couldn’t get the win. It was an amazing and unusual night, that’s for sure.”

LSU broke a 4-4 tie in the top of the 16th when designated hitter Giovanni DiGiacomo produced a sacrifice fly, but Mississippi State scored a run in the bottom of the 16th when the Tigers misplayed a two-out grounder by centerfielder Jake Mangum, allowing Jordan to score from third base.

Mississippi State opened the scoring with two runs in the bottom of the first inning against LSU starter Eric Walker, as Allen belted an RBI double and Skelton lifted a sacrifice fly.

Mississippi State extended the lead to 3-0 in the second when leftfielder Josh Hatcher doubled and scored on a single by shortstop Jordan Westburg.

The Bulldogs added a run in the third when designated hitter Luke Hancock was hit by a pitch with the bases loaded.

LSU narrowed the deficit to 4-2 in the fifth when rightfielder Antoine Duplantis drew a bases-loaded walk and designated hitter Cade Beloso contributed a sacrifice fly.

DiGiacomo’s two-run homer in the eighth – the first dinger of his LSU career – tied the contest at 4-4.